5 Lessons from Getting Iran to the Table 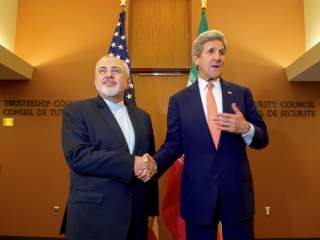 The Joint Comprehensive Plan of Action (JCPOA), agreed last July between Iran, the P5+1 and the EU, has largely dispelled concerns that Iran is working secretly to acquire nuclear weapons. It took twelve years to arrive at the JCPOA, and there are various lessons that can be learned from this lengthy, difficult case.

The first lesson is the importance of gaining knowledge of intentions when a state’s nuclear program becomes a cause for concern. In August 2002 it was claimed that Iran was building a secret uranium-enrichment plant to acquire nuclear weapons. The handling of the Iranian case in the five years that followed suffered from a lack of knowledge of whether weapon acquisition really was Iran’s goal. By August 2003 it was clear from International Atomic Energy Agency (IAEA) reports that Iran had been secretly developing a capacity to enrich uranium, having acquired blueprints and centrifuges from the Abdul Qadeer Khan network; other sources were suggesting that there had been research into nuclear-weapons technology. But what was Iran’s ultimate purpose?

Uncertain of Iranian intentions, the UK, France and Germany (the E3)—leading the EU response to confirmation by the IAEA that a uranium-enrichment plant was nearing completion at Natanz—felt compelled to assume the worst: an intention to manufacture nuclear weapons. This led the E3 to pressure Iran to halt work on enrichment and to abandon its plans for a forty-megawatt heavy-water reactor (HWR) that could be a source of plutonium.

As a result, when Iranian negotiators offered in the spring of 2005 to resolve concern (by reaffirming Iran’s commitment to Non-Proliferation Treaty (NPT) obligations, allowing the IAEA unprecedented access to nuclear material and facilities, restricting enrichment for a period to be agreed and abandoning the HWR project) the E3 rejected the offer. At that point, the E3 judged that restrictions on enrichment and the abandonment of the HWR project were not enough to prevent Iran from obtaining nuclear weapons. Iran had to cease enrichment activities.

It was only in 2007 that the U.S. intelligence community published a National Intelligence Estimate (NIE) that detailed what it had learned with confidence: the Iranian government had not taken a decision to acquire nuclear weapons, and had put a stop, in 2003, to research into nuclear-weapons technology.

A little knowledge can be a dangerous thing. Knowledge of capabilities without knowledge of intentions can be misleading and can result in misjudgments. Had the E3 known in spring 2005 what the NIE report revealed in 2007, they would not have needed to insist on Iran abandoning enrichment altogether; they could have settled for restrictions on enrichment for a lengthy confidence-building period and on that basis it could have cut a satisfactory deal ten years before the JCPOA.

The second lesson from the Iran case relates to the policy of the Nuclear Suppliers Group (NSG). The August 2002 claim that Iran had a secret nuclear-weapons program came from the Mujahedeen Khalq (MEK), a terrorist organisation that had been at odds with the Iranian government since the 1980s. At the centre of the claim was the enrichment facility under construction at Natanz. According to the MEK, Iran intended this facility to be “secret.” There are reasons, apart from the source, why that claim should have been taken with the proverbial pinch of salt.

In August 2002 Iran’s NPT safeguards agreement did not require the declaration of new facilities more than 180 days before the introduction of nuclear material. There was at least a year to run before Natanz would be ready for material. It was possible that Iran had every intention of declaring Natanz in due course and submitting it to IAEA inspections.

In 2002 the possibility that an NSG policy of “restraint” in relation to the supply of enrichment technology had influenced Iranian decisionmaking about Natanz—as Iran claimed at the time—could not be discounted. Tehran may indeed have feared that the West would try to force a halt to construction at Natanz if it declared the facility before it was obliged to do so.

This last point raises a question: is the NSG policy of restraint in relation to the supply of certain nuclear technologies altogether wise?

When the NPT entered into force in 1970 it was assumed that non-nuclear-weapons parties would have easy access to peaceful nuclear technologies as a quid pro quo for renouncing their sovereign right to acquire nuclear weapons. After the 1974 Indian test, however, the United States and other major suppliers set about circumscribing access to sensitive technologies like enrichment. To that end, they agreed in 1976—through a set of guidelines—to “exercise restraint in the transfer of sensitive facilities, technology and weapons-usable materials.”

Many NPT parties outside the NSG interpreted (and still interpret) this exercise of restraint as an effort to deny them any access to sensitive technologies. This is a source of resentment, especially within the Non-Aligned Movement. If restricting access to certain technologies had proven effective, then this resentment could have been a price worth paying. But it has not been wholly effective. The IAEA found that Iran and Libya had been able to circumvent NSG practices by turning to black-market suppliers and, in Iran’s case, by developing technology indigenously. The indigenous route is likely to become increasingly available as global standards of technical education rise. Moreover, this resentment could eventually have undesired consequences.

Additionally, exercising restraint in relation to sensitive transfers has had a pernicious effect on supplier attitudes. It deludes them into believing that they are entitled to decide which NPT parties can be “allowed” to possess civil nuclear technologies that have military potential, and which cannot—and which are to be “punished” for circumventing restrictions. This attitude is at odds with the legal reality that every NPT party has a sovereign right to use nuclear technologies for peaceful purposes, including so-called dual-use technologies—those technologies that potentially are usable for the military ends that the NPT prohibits.

The NSG states should rethink their policy. They could let it be known that they are open, individually and collectively, to discussions with any NPT party that believes it has a civil need for uranium enrichment. Supplying an enrichment facility would be only one of several options that could then be discussed and negotiated. Negotiation would generate understanding of the applicant’s concerns and intentions. That understanding would offer a better nonproliferation assurance than restrictive practices.

The third lesson from the Iranian case is that, for many states, nuclear and other advanced technologies are intimately bound up with prestige and reputation. Some will be shocked by the notion that one should try to empathize with a state that has been in noncompliance with its NPT-safeguards agreement and may have been working towards the acquisition of nuclear weapons. But empathy is not sympathy. Empathy is essential to understanding the values and concerns that can play a part in motivating parties to a dispute—or a nuclear program that is of concern.

In the Iranian case, an absence of empathy between 2003 and 2006 blinded the E3 to the importance Iranian decisionmakers attached to national prestige and to the symbolic significance of mastering nuclear technologies. The E3 considered Iranian determination to possess a civil enrichment capability irrational: they inferred an ulterior motive. Empathy would have opened the E3’s eyes to the possibility of a less disturbing explanation.

This attachment to prestige and symbolism is not unique to Iran. Many Non-Aligned governments, especially in Asia and Latin America, seek to demonstrate that the nations they represent deserve international respect. This should be borne in mind by those who are self-appointed guardians of the nuclear nonproliferation regime.

Related to prestige is a concern for reputation. When, in 2003, Iran’s noncompliance with its safeguards agreement came to light, states whose good opinion Iran valued—essentially partners in the Non-Aligned Movement—were annoyed with Iran for putting their own access to civil nuclear technologies at risk. There was a feeling that Iran had “let the side down.” Iranian diplomats have given the impression that this influenced the decision made by the administration of President Mohammed Khatami to cooperate fully with the IAEA and remedy its safeguards failings. Iran wanted to recover its standing in Non-Aligned circles.

The fourth lesson concerns the use of force. For nearly a decade after August 2002, U.S. and UK ministers stressed that the option of using force to destroy Iran’s nuclear facilities was “on the table.” Eventually it was recognized that, while using force might bring immediate relief from concerns about Tehran’s nuclear program, in the long run it was more likely to drive Iranian decisionmakers towards acquiring nuclear weapons than to cause them to desist.

Presumably the Iraqi precedent played a part in that process of enlightenment. An Israeli attack on Iraq’s Osirak reactor in 1981, resulting in its destruction, did not scotch Saddam Hussein’s nuclear ambitions. Within a few years Iraq had embarked on the enriched-uranium route to a weapon capability.