5 Lessons for the GOP About Trump 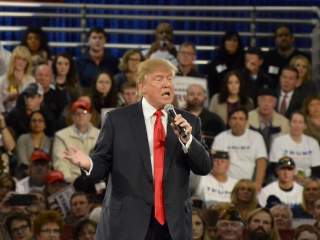 Political and media elites inside and outside the Republican Party are gradually moving from denial to acceptance of Donald Trump’s success in winning substantial popular support in advance of the party’s 2016 presidential candidate nomination process. Yet, many do not yet seem to understand how he has been able to do it—and most look for explanations that exonerate themselves. GOP leaders would do well to reflect on the Trump phenomenon and to start planning for the aftermath of the 2016 election cycle, which may become a defining event.

Many of the reasons for Trump’s success are obvious, but others are not. Some will likely be difficult for Republican politicians and activists to absorb fully. These five seem most important.

Anger. Voter anger is the essential prerequisite for Trump’s rise and for the simultaneous popularity of other anti-establishment candidates like Ben Carson and Senator Ted Cruz. The GOP has systematically cultivated this anger for decades and has correctly recognized that it is a powerful force in mobilizing donors and voters. Where party leaders erred, however, was in assuming that they could control the passions they stoked.

The rise of grassroots Tea Party organizations—and their success in destroying establishment Republican candidates and then losing elections in 2010—taught this lesson in dramatic fashion. Nevertheless, after their initial shock (and fear), establishment Republicans and political operatives appeared to think that they could salvage the situation by manipulating the process. They attacked the problem from both ends, essentially trying to build their own grassroots organizations to capture this support and to use the party’s machinery to beat back the candidates who did not defer to GOP leaders’ preferences.

Accountability. While the GOP’s efforts to manage voter anger have worked in some respects, and helped Republicans eventually to take control of the Senate in 2014, the party completely failed to predict, understand or manage the problems posed by Donald Trump’s candidacy. What party leaders seem not to have considered—or even fully grasped—is that a billionaire presidential candidate with significant personal popularity is almost wholly unaccountable. This simple reality explains how Trump has been able to make controversial statements that could destroy not only a career politician, but almost anyone else. As a result, Trump is able to exploit the anger the GOP has cultivated more fully than any other candidate and to thwart the party’s partially successful efforts to channel it.

Trump does not need to fear losing a governorship, a Senate seat, or another political post because of what he says. He does not need to fear being fired by his current employer or making himself unemployable. From this perspective, Trump’s only theoretical point of vulnerability and accountability is in his brand and his business dealings, which have suffered slightly but probably not too significantly from NBC’s decision to sever its longstanding relationship with Trump and a similar breakup with Chef Jose Andres, who was to open a restaurant in Trump’s forthcoming Washington hotel. Trump also appears to have forgone some business opportunities in the Middle East.

Reputation. Still, even as his supporters see Trump’s ability to go further in his rhetoric than other candidates as a sign of authenticity—since they also know that anyone else would face consequences for similar language—they similarly view these commercial setbacks as evidence of his willingness to pay a price to say what he thinks. This only increases Trump’s credibility.

At the same time, Trump’s pre-existing national reputation for verbal extravagance, developed over a decade on television, also helps him to avoid alienating some of his supporters. Anyone familiar with Trump’s Apprentice persona is likely tempted to believe that this is simply who he is and accordingly to partly or even fully discount some of what he says. This allows Trump the candidate to enjoy the best of both worlds: his supporters take what they like seriously and dismiss what they don’t like, telling themselves that it’s just the way he talks and may not mean anything.

Media Coverage. As many have observed, Trump has also quite cannily drawn major U.S. media organizations into covering his statements and his campaign, allowing him to secure very substantial air time at minimal cost. He is a brilliant showman. At the same time, he is able to deflect unwelcome or even hostile media attention as biased, taking advantage of his supporters’ predispositions as well as the declining trust in many media organizations.

Perhaps ironically, broadcast media face a quandary similar to GOP leaders—competitive efforts to exploit Trump’s popularity to advance their own interests (whether to secure voters or viewers) simultaneously increase Trump’s leverage and independence, increasing the potential costs of changing direction. As a result, political or media establishment criticism only enhances Trump’s image among his supporters.

Conservatism. Perhaps most painfully for conservative Republican leaders, Trump’s success with the party’s political base demonstrates rather strikingly that many core GOP voters don’t actually care that much about what are usually considered conservative ideologies or causes—taxes and abortion are only the beginning. In fact, Trump’s record provides little evidence that he is either a solid economic conservative or a genuine social conservative. He may be a national security conservative—and is clearly a strong American nationalist—but is significantly out of step with conservatives’ definition of what the Republican Party is and should be.

This should raise some profound questions about the party’s future and about the idea that greater conservative purity will lead to greater electoral success. It has already called into question whether Republicans will be able to unite around the GOP’s eventual nominee. The Republican National Committee’s apparent contemplation of a brokered convention is unlikely to solve this problem, in that if Trump wins a plurality of delegates and is passed over for the nomination, his anti-establishment supporters could easily be alienated rather than mobilized. Notwithstanding the party leadership’s reservations about Trump, that won’t help to win the election.