5 Most Underrated U.S. Presidents of All Time 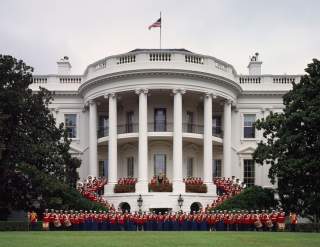 The same seems to be happening with Reagan. In 1996, Arthur Schlesinger Jr. conducted a poll for The New York Times Magazine in which Reagan was ranked twenty-fifth among presidents. This placed Reagan just above Chester A. Arthur, a non-entity presidential caretaker, and below such mediocre presidents as George Herbert Walker Bush, Rutherford Hayes, Martin Van Buren, Benjamin Harrison, and Grover Cleveland. This was inexplicable (except as liberal bias) for a president who transformed the economic debate in America and presided over tremendous economic growth (once he led the country out of the recession induced to quell an inflationary spiral that threatened to flip the national economy out of control); who subdued the mysterious specter of “stagflation” and brought unemployment to the lowest level in fourteen years; and who set in motion policies and strategies that led ultimately to the West’s stirring triumph over Soviet communism. This liberal bias also was evident in an extensive survey conducted from 1988 to 1990 by the team of Robert K. Murray and Tim H. Blessing. The results placed Reagan in the Below Average category, between Zachary Taylor and John Tyler, two presidents whose accomplishments were modest at best. The liberal animus against Reagan was fairly dripping from the comments of these academics.

If these survey results had significantly influenced popular thinking about Reagan, then he would be languishing as one of the country’s most underrated presidents. But the popular view of Reagan is much more positive than the academic rendering, and the Gipper is seeing his standing improve even among academics. In the latest poll, conducted by The Wall Street Journal (which sought to balance its respondent pool so it contained equal numbers of liberals, conservatives and moderates), Reagan rose all the way to sixth. Polls of voters also place Reagan at a high station.

But Reagan’s standing in history and in the country’s popular consciousness has yet to find its natural level. When it does, we almost certainly will find him at a standing far above those first academic polls, which continue to exercise a drag on his standing. Like Eisenhower, who also rose from his initial station, he will reside with those presidents who aren’t among the greatest (generally, Lincoln, Washington and Franklin Roosevelt) but above the Above Average category. Thus, he likely will be seen in the Near Great clique. Until he gets there on a consistent basis, and with those early survey rankings weighing his down, we can include him among the underrated presidents.

Robert W. Merry, longtime Washington political correspondent and publishing executive, is the author most recently of Where They Stand: The American Presidents in the Eyes of Voters and Historians.