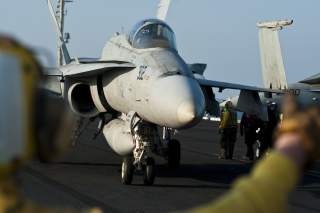 Almost immediately after Saturday’s attack on a major Saudi Aramco oil production facility in Abqaiq, the first fingers were pointed at Iran. While Tehran’s Houthi allies in Yemen claimed responsibility, unnamed U.S. officials told the media Iran had launched cruise missiles and drones from its territory. As Saudi oil production halved and U.S. gasoline prices spiked, President Donald Trump raised the stakes. He warned that the United States was “locked and loaded”  following identification of the perpetrator. This led numerous outlets to claim that a U.S.-Iran war is likely or even inevitable. Fortunately, there are five reasons why it’s not.

Despite four decades of tense relations and the popular slogan “Death to America” in Iran, the U.S. public simply does not want to fight Iran. We collected original weekly public opinion survey data in June and July 2019 to gauge the willingness of Americans to support military action against Iran. The data revealed that strong majorities of Democrats (86 percent), Independents (81 percent), and Republicans (81 percent) would all support a presidential decision to take no escalatory action. There was also common support for imposing additional sanctions (52, 61, and 89 percent, respectively), but support for military options was substantially lower.

The timing of these surveys was critical. In a period where U.S. officials repeatedly accused Iran of belligerent actions, attitudes remained stable across the political spectrum. Our study included both the June 13 attacks on the Japanese tanker Kokuka Courageous and the Norwegian tanker Front Altair in the Gulf of Oman and the June 20 shootdown of a U.S. Navy RQ-4A drone over the Strait of Hormuz. Neither incident significantly increased public support for military action. Even Republicans did not express increased support for airstrikes or a ground invasion in the days following Iranian provocations. The durability of these preferences mean that last weekend’s strikes on Saudi oil processing facilities are unlikely to result in any public pressure for a response. Public support—even among President Donald Trump’s political base—is highest for nonmilitary options.

2.  Trump has shown his hand. He prefers negotiation to conflict with Iran.

For all his bluster, President Trump has repeatedly expressed a preference for pursuing negotiations instead of military actions. Trump has also established a reputation for threatening to use force and then quickly dialing back his tough talk. Just two months ago, he made public that he had called off a strike against Iran and expressed hope that Iranian leaders would join him at the bargaining table. This reversal mirrors Trump’s actions in 2017, when he repeatedly threatened to destroy North Korea. Ultimately, he decided against the military option and eventually became the first sitting U.S. president to cross the Demilitarized Zone into North Korea.

As of Tuesday, Trump has said that while final intelligence confirmation of Iranian culpability was forthcoming, he still wanted to avoid war. This statement follows his observation on Monday during remarks, alongside the Crown Prince of Bahrain, that diplomacy is “never exhausted until the final 12 seconds.” Trump has stuck to this reasoning even as circumstantial evidence has emerged that U.S. satellites observed Iranian preparations for the Aramco strikes.

3.  The “devil incarnate” has left the building.

Bolton, one of the strongest proponents of the 2003 invasion of Iraq, was long considered the most hawkish of White House senior advisors with the ear of the president. He advocated for a confrontational approach to North Korea, Russia, and Syria and has reportedly sought a confrontation with Iran for years. Indeed, Bolton emerged as one of the chief antagonists of the Joint Comprehensive Plan of Action, also known as the Iran Nuclear Deal. However, Bolton’s ouster has been directly linked to a disagreement about Iran policy, and his departure suggests that Iran doves now dominate White House thinking.

4. The U.S. military is opposed to fighting Iran.

In July of this year, U.S. Army Gen. Mark Milley expressed skepticism to the Senate about the likelihood of a major war with Iran. Milley, a four-star general, made these remarks during his confirmation hearings to become the Chairman of the Joint Chiefs of Staff, where he explained that the military is focused on a strategy of great-power competition, and conflict with a recalcitrant state like Iran would be disruptive to these plans. Reporters for the Wall Street Journal have since confirmed that these views remain the dominant narrative at the Pentagon. Unsurprisingly, military officials have been urging caution and restraint in the aftermath of Saturday’s attack.

Still, U.S. strategic planners have continued to run war games of a potential conflict with Iran. The scenarios take into account: roughly nine hundred thousand active and reserve Iranian military personnel, potential mining of the Strait of Hormuz, an arsenal of ballistic missiles, relatively modern indigenous and Russian-origin air defenses, and a population that will assuredly take up arms against an invader. Regardless of overwhelming U.S. military superiority vis-a-vis Iran and power projection capabilities, the U.S. military knows this would not be an easy fight.

5. Iran doesn’t really want a war with the United States.

Iranian Supreme Leader Ayatollah Khamenei has publicly stated that Iran does not seek war with the United States. Iranian officials know that while the United States might not be able to conclusively win, Iran would bear the majority of the human costs. The shadow of the 1980–88 Iran-Iraq War still looms large in the mind of the Iranian public. Iran suffered an estimated one million deaths in the conflict, or 2 percent of its population at the time—impacting an entire generation.

Iran’s objective isn’t to bait the United States into a war. Rather, it is to play a careful game of chess that allows the regime to improve its bargaining position by demonstrating the ability to impose costs on the United States and its allies. Tehran has done this through a series of limited and reversible escalations while avoiding what their own leaders admit would be a devastating war against a more powerful foe. They have carefully avoided provocations that might force Trump’s hand, relying on the use of proxy forces and covert action in Iraq, Lebanon, Syria, and Yemen. And Iran has good reason to believe this strategy may work, given Trump’s cancelation of previous strikes on Iran and willingness to bargain with North Korea following intensification of its rhetoric and nuclear and missile activities.

While scholars and policymakers frequently express concern about the risk of accidental war, avoiding inadvertent escalation seems quite feasible in this case. Because the United States and Iran are both committed to avoiding war, any further actions will consist of carefully limited strikes or covert and proxy activities. Miscalculation is unlikely when open conflict would come with high costs for both countries, costs that neither their leaders nor their publics are willing to accept.

David M. Allison and Stephen Herzog are Ph.D. candidates in Political Science at Yale University. Allison is a former U.S. Army Officer. Herzog is a Stanton Nuclear Security Fellow at Harvard Kennedy School’s Belfer Center for Science and International Affairs and a former arms control specialist with the U.S. Department of Energy.