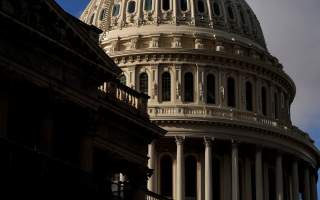 Medicare can, and should, do better. With practical reforms, it could provide millions of seniors and disabled Americans with better care at lower costs—saving taxpayers billions in the process. Here are five targeted improvements that should receive bipartisan support.

First, simplify traditional Medicare; streamline its cost-sharing, and protect seniors from the financial devastation wrought by catastrophic illness. Today, those enrolled in Medicare A (hospitalization) and B (physician’s services) face gaps in coverage and complex and confusing cost-sharing requirements. To overcome these deficiencies, most beneficiaries buy supplemental coverage, pay additional premiums on top of their regular Part B monthly premiums to cover cost-sharing and plug the benefit gaps. Those who eschew supplemental coverage run the risk of incurring ruinous medical bills.

A better way: combine Medicare A and B into a single health plan, with a single deductible and uniform cost-sharing. This would greatly simplify the program, making it more understandable for seniors. Moreover, it would give them an integrated health insurance benefits package—with catastrophic protection—similar to the conventional, private health coverage most received during their working lives.

With a single deductible and less complex cost-sharing, seniors would be better able to predict their out-of-pocket medical expenses. And knowing they were protected from the potentially huge costs of catastrophic illness would give seniors peace of mind—crucial benefit for those living on fixed incomes.

For years, Congress has shown broad bipartisan support for various proposals to combine Parts A and B and add catastrophic protection, with differing options to reform cost-sharing. Medicare proposals from Sen. Ron Wyden (D-OR) and Rep. Paul Ryan (R-WI) included the addition of catastrophic coverage plus various cost-sharing reforms. Alice Rivlin, former CBO Director and senior fellow at the Brookings Institution, made a similar proposal, as have analysts with the Bipartisan Policy Center. Likewise, the farsighted Bowles-Simpson Commission endorsed adding a catastrophic benefit in tandem with Medicare cost-sharing reforms.

Second, remove government-created barriers to competition between hospital and non-hospital medical facilities. This can be done by reforming the Medicare payment system.

Medicare generally pays more for inpatient hospital procedures and less for the same procedures performed in an outpatient setting. The Trump administration has started to promote “site neutrality” in Medicare payment—a move widely applauded by conservative analysts eager to unleash greater competition within the health-care sector.

Once again, however, there is support from the left as well. Analysts with the Center for American Progress, a prominent liberal think tank, argue that the Center for Medicare and Medicaid Services (CMS) should bring Medicare hospital payments more into line with physician payments for services that can be performed in a physician’s office. Likewise, Brookings Institution scholars correctly insist that federal officials should expand the application of this payment neutrality principle.

Seniors would benefit from broader and more convenient access to medical care, more intense competition between hospital and non-hospital care settings, and the emergence of new and innovative systems of care delivery—rather than a costly status quo of giant, oligopolistic hospital systems.

Third, expand seniors’ access to doctors in remote, rural or underserved areas of the country. Faced with a growing shortage of doctors, lawmakers should fix the government’s graduate medical education (GME) program for medical residents and remove other legal and regulatory barriers that needlessly discourage the growth of the physician workforce.

They should finance GME separately, instead of through the traditional Medicare program. Moreover, GME funds should be allocated to the states, but should come with the proviso that the money will follow the medical resident. This change will let states allocate funds to insure that rural and remote areas receive a sufficient number of medical residents—something that would not only benefit Medicare beneficiaries in those areas, but also broaden the training experience of new physicians.

Fourth, require price transparency; allow direct payment, and eliminate existing statutory restrictions on private agreements between doctors and patients outside of the Medicare program. The Balanced Budget Act of 1997 imposed an unprecedented restriction on the rights of patients and doctors to contract privately for legal services outside of Medicare. Specifically, it requires physicians contracting privately with a patient to: sign an affidavit to that effect; notify the Secretary of Health and Human Services of the arrangement within ten days, and refrain from billing Medicare for services provided to any other Medicare patient for two years. Naturally, only a tiny number of physicians can and do make such a sacrifice.

This utterly bizarre restriction exists in no other government health program. And it frustrates Medicare patients who want confidentiality and personalized medical care from a doctor of their choice and are willing to spend their own money to get it.

Washington should let doctors and patients who wish to enter into mutual agreements for personalized care outside of Medicare do so. Get the bureaucracy out of the way and allow direct patient-to-provider payments, provided that physicians disclose their prices before delivering their services. There’s no reason for the government to maintain a legal barrier to that doctor-patient relationship.

Fifth, broaden Medicare patients’ access to specialized hospital care. There is overwhelming evidence of the positive relationship between the volume of specialized medical procedures and the quality of the care delivered. Yet the Affordable Care Act of 2010 restricted Medicare payment for services delivered by specialty and physician-owned hospitals

This is a huge barrier for seniors seeking treatment in high-tech hospitals that focus on treating special medical conditions. Specialized care is particularly valuable for patients with different kinds of cancers and chronic diseases, as well as those needing top-notch cardiac or orthopedic surgeries. Harvard Business School Professor Regina Herzlinger poses exactly the right question for Medicare patients: “Would you rather be treated by a team of people who are totally committed to the problem and all of its comorbidities, or by an everything-for-everybody kind of institution?”

Congress should work with the president to end this statutory restriction, break down barriers to competition within America’s hospital markets, and permit more Medicare beneficiaries to have access to the high-value of high-volume specialized medical care.

It’s past time for some bipartisan cooperation on common sense, incremental Medicare reforms.

Robert E. Moffit is a senior fellow specializing in health-care studies at The Heritage Foundation, a Washington-based think tank.