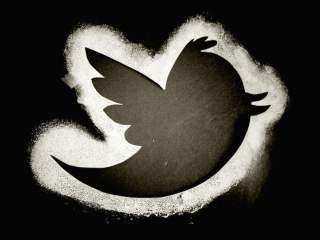 There is a widely held assumption that Facebook, Twitter and other similar platforms are crucial to undermining dictatorships around the world. But social media may actually help entrench existing regimes in ways that we are only recently coming to understand.

Most governments are resistant to change when compared to protest movements, which are nimble, experimental and led by younger voices. But governments do catch up—and often pull ahead of early adopters. One only needs to think of how the printing press was thought to be a threat before governments realized the potential for controlling mass communication.

1. Making it easier to persecute people who support protest movements:

Platforms such as Facebook record an enormous amount of personal data: from hometowns to events a person is planning to attend. An authoritarian state can use this data to spy on and disrupt the activities of potential protestors and other anti-regime groups.

2. By acting as an early warning system for public discontent:

The Arab Spring revealed the fragility of many states in the Middle East. It also revealed just how quickly a small protest can evolve into national movements that topple governments. But social media increasingly provides regimes with tools to predict discontent.

Regimes can examine the level of key dissent-linked words that are trending, monitor the number of people planning on attending a protest event or even keep track of the number of connections a protest leader has on their social media. By allowing a relatively unmolested space for public debate to exist, regimes can keep very close tabs on the development of potentially destabilizing movements—all without having to infiltrate a group with spies, or even leave the comfort of an office building in a secure area.

While many have argued that social media provides activists with tools to uncover government misinformation, conversely it also provides governments with a new array of communications methods.

Commentary on social media and blog-type platforms is hard to trace and easy to fake as non-government. As Peter Pomerantsev notes, China has developed the so-called “50 Cent party,” who are paid 50 cents for every pro-regime comment they post. And in Russia, there is evidence of “troll factories” expanding rapidly to bolster the government's online communications efforts and harass those that oppose it.

As public faith in existing media outlets has declined globally, social media might actually provide the ideal tool of engagement for an authoritarian state to reach the public in the years to come. Social media propaganda is easier to fake, harder to uncover and much simpler for the producer to track.

Dictatorships often lack ways to understand public opinion. In a society dominated by secrecy, disconnected public officials and with weak public institutions, it can be difficult to even produce a reliable public poll. However, as Seva Gunitsky explains succinctly, social media provides a new tool to understand the dynamics of public opinion.

Gunitsky explains how China encourages the expression of limited discontent online in order for it to understand what areas require government action. Online comments such as those relating to pollution in a city or a corrupt local official can be vital intelligence, while “democracy now” calls can be quickly wiped from the public domain.

In fact this attribute could be crucial to the survival of many seemingly fragile regimes as it provides some of the facets of democracy—public feedback mechanisms that are usually achieved through elections—without ever engaging in real reform that might endanger the ruling elite. It allows systems that are conservative and unreactive to follow incremental change and occasionally bow to populism.

Finally, even if social media doesn’t quite do all of the above, it can be a great tool to “muddy the water” of public discourse. Moisés Naím has charted in detail declining public trust in global institutions, from governments to newspapers to television. People increasingly have a litany of information sources, rather than just one newspaper or television channel to provide information.

By using social media to counter stories rapidly or to smear individuals before they can gain traction, a regime might not always be entirely successful, but they don’t need to convince everyone. If they can produce confusion and mistrust of all sides of a story, this can be enough to encourage public cynicism and stop protest before it begins.

In some cases, social media could be a useful tool for those looking to create democratic reform. But it is important to remember that social media is a tool, and it does not have an innate democratic leaning. A hammer can be used to build a wall or break it down. In the years ahead, we may see that authoritarian states find a very useful hammer most of us didn’t see coming.