7/7 Attacks and the New Type of Terrorism 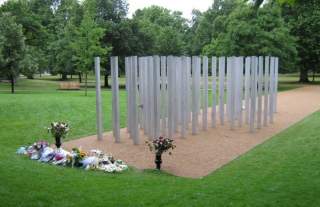 Ten years ago today, four young British men strapped bombs to their backs and wrought terror and carnage on London’s transport network. This was the worst terrorist attack that Britain had ever witnessed.

As the smoke and debris cleared, the event was quickly and presciently branded 7/7—Britain’s own pivotal 9/11, a foreboding allusion to an event that would change our security landscape forever. Britain was, of course, no stranger to terrorism, having finally put to rest the violence of the Troubles less than a decade earlier. Indeed, more than a hundred years before the 7/7 attacks, the very same London Underground transport network had also suffered a wave of terrorist bombings at the hands of another group of young violent radicals inspired by a heady religo-political cause. They were the infamous Irish Republican Brotherhood who equally shocked and appalled contemporary audiences at the time, with their Fenian dynamite campaign of 1881-85.

However, 7/7, we were told, was different. The men were all British, “homegrown cleanskins,” as the new security language unhelpfully offered. These British men had chosen to immolate themselves, alongside scores of fellow citizens, all for a distant cause. The attackers were educated, well integrated, not particularly devout, family men, and showed no obvious calling to global Jihadism. Consequently, the events confounded us all, leaving security services and policymakers scrambling for answers. However, the only real surprise they should have elicited was that similar attacks had not occurred much earlier.

Back in October 2001, after the tragic events of 9/11, the Global War on Terror had begun in earnest, with Operation Enduring Freedom quickly toppling the Taliban regime in Afghanistan, and destroying the sanctuary it had provided to al-Qaeda. Whatever one thinks of the absurdity of declaring war on an abstract noun, the GWOT was instrumental in severely weakening if not destroying al-Qaeda’s command and control abilities, and structural coherence; it debilitated the organization’s operational capabilities; it managed to kill and capture senior leaders; it restricted the organization’s finances; and it crucially destroyed territory and bases used for al-Qaeda’s infamous training camps.

In response, the organization was forced to adapt to the new security environment by adopting the role of instigators, rather than planners and executors, in order to retain some semblance of potency and coherence. Osama bin Laden had been fairly perceptive in understanding very early on that he was largely incidental to the broader Jihadist movement. In a sense, he predicted the devolution of al-Qaeda to this type of autonomous, home-grown, leaderless terrorism. At the end of 2001, following his escape from Tora Bora in Afghanistan, he concluded, “God willing, the end of America is imminent. Its end is not dependent on the survival of this slave to God. Regardless if Usama is killed or survives, the awakening has started.”

This new adaptation of using autonomous, self-directed terrorists in their own countries was such a break from the past that it actually required a whole new mode of speaking about these individuals from the perspective of policymakers and security services. Enter the term radicalization.

The term radicalization is now very much part of the popular lexicon of the 21st century, deployed in a casual offhand way to seemingly explain a whole host of beliefs, attitudes, behaviors, and actions, often with little or no critical reflection on the term itself or its origin. But the important point is that the term was created as a result of this seminal event in order to explain the inexplicable. But instead of providing understanding and clarity, it had the opposite effect in many ways, and actually became confusing. Because then the easy glib shorthand answer to why 4 young British men would blow themselves up alongside their fellow citizens, or travel to fight alongside ISIS in Syria, or murder cartoonists in Paris, was, well, they were radicalized. And since 7/7, the term has been used in this very problematic way. Radicalization was presented as being a self-evident, universally understood and accepted process, akin to a conveyor belt. Put in any young Muslim male from Bradford, Brussels or Brooklyn in one end, “hocus pocus radicalizing powers,” and out popped the radical on the other end.

However, the fact we did not understand radicalization, naturally did not prevent the emergence of scores of “autonomously” radicalized young men. These individuals were not anywhere near as competent or dangerous as the previous wave of alumni from the training camps, and most incipient plots were easily disrupted. Indeed with time and the further devolution of AQ, the terrorist tradecraft for this new generation of “wannabe Jihadists” was learnt exclusively through online fora—primarily jihadist forums, magazines, DIY manuals, and chatrooms. If this immediately conjures images in your head of teenagers secretly building bombs in their bedrooms while surfing the web, then it was supposed to. The glossy English-language magazine Inspire, for example, produced by al-Qaeda in the Arabian Peninsula (AQAP), promoted the idea of “open source jihad.” The Summer 2010 issue for example, famously encouraged making a “pressure-cooker bomb” using everyday materials and had the memorable title, “How to make a bomb in the kitchen of your mom.”

The seeming incompetence of these wannabe terrorists was approaching what we might call nuisance terrorism. Most plots were aspirational but nowhere close to being actualized. That was at least the case, until relatively recently, before the emergence of ISIS changed the framework once again. The expansion of Islamic State into Syria and Iraq has opened new theatres for learning terrorist tradecraft, mirroring what took place in Afghanistan in the 1980s, and then Bosnia and Chechnya in the 1990s. IS has attracted foreigners from every corner of the globe, willing to fight and even die for its new Caliphate. The numbers are staggering—some estimates place the number of foreign fighters within ISIS at around 25,000 individuals, originating from than 100 different countries.

These issues are troubling considering that some of those who have already returned home have brought violence back with them. Mehdi Nemmouche carried out sadistic violence in Syria, before returning to Belgium, where he is now the prime suspect in an anti-Semitic attack on a Jewish museum in Belgium that left four people dead in May. Similarly, evidence suggests Cherif Kouachi, responsible for the Charlie Hebdo attack, received training with terrorist groups in both Yemen and Syria before returning to his native France.

Ten years ago, the 7/7 attacks represented the pinnacle of autonomous, homegrown terrorism. The security regime and the lack of opportunities for learning terrorist tradecraft abroad significantly affected the chances of a repeat attack on that scale. The rise of IS has changed all of this. Aspiring internet jihadists no longer need to learn how to “make a bomb in the kitchen of their mom”— they can head off to the porous Syrian border, and learn the tradecraft in an active warzone. Both, Kouachi and Nenmouche were highly adept at using automatic weapons and would no doubt have learnt these skills in theatres of conflict—something that was extremely difficult before we created the conditions that allowed IS to flourish in Syria and Iraq today.

We cannot and should not shirk our responsibility in acknowledging the role we have played in the rise of IS. The emergence of IS cannot be properly understood without considering the impact of both the invasion and destruction of Iraq and her infrastructure, on bogus charges. Add to that embarrassing list of foibles: the demobilization of the security services and military leaving a dangerous power vacuum; the installment of a criminally sectarian, political administration in its wake which alienated our Sunni allies; and embarrassing political mismanagement following the conflict which only compounded the problem. These are ugly legacies that haunt us as IS rampages in the Middle East, and increasingly at home.

Akil N. Awan is Assistant Professor in Modern History, Political Violence and Terrorism at Royal Holloway, University of London. His research interests are focused around the history of terrorism, radicalization, social movements, protest, and new media. In addition, he is also Research Associate with the New Political Communication Unit, with the Centre for Public History, and the Centre for Minority Studies. Dr. Awan is regularly consulted by government bodies, think-tanks, media and other organizations in his fields of expertise, and has served in an advisory capacity to the UK Home Office, the Foreign Office, the US State Department, and the US Military amongst others. Most recently, he served as special advisor on Radicalization to the UK Parliament, and as academic expert on Genocide to the UK House of Lords delegation to Srebrenica. Follow him on Twitter:@Akil_N_Awan.