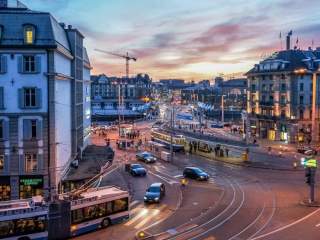 The United States, once one of the world’s preeminent practitioners of economic freedom, now has a lot to learn—or, more accurately, re-learn—from other countries. Over the course of the last decade, America has slipped precipitously from the ranks of countries with “free” economies, as assessed by the Heritage Foundation/Wall Street Journal “Index of Economic Freedom.” In the process, the self-proclaimed “Land of the Free” has been surpassed by Switzerland, New Zealand, Canada, Chile, Ireland, Estonia and the United Kingdom, and even for a brief period by Denmark and Mauritius.

In the 2016 Index, released February 1, the United States finishes only in the second-tier category of “mostly free” economies.

The reasons for the U.S. decline will come as no surprise: bank bailouts, failed stimulus spending, the overzealous regulations of Obamacare and the Dodd-Frank financial reforms, massive deficits, and disruptive interventions in energy markets. Add in a disturbing tendency toward unilateral executive action and cronyism that undermines the even-handed rule of law, and it is understandable that Americans feel increasingly constrained by their government.

Switzerland ranks as the world’s fourth freest economy. It enjoys a higher degree of trade freedom than any other country, having essentially no tariffs at all. And it is virtually free of corruption, ranking fifth best in that category. The U.S, by contrast, ranks only fourtieth in trade freedom and seventeenth in freedom from corruption. By coincidence, the current U.S. average tariff rate is 1.5 percent—exactly what the rate was in Switzerland a decade ago.

Australia now ranks fifth in the world in overall economic freedom. While the U.S. was implementing the Dodd-Frank bill, which institutionalized the concept of certain banks being “too-big-to-fail,” Australia’s reforms concentrated on increasing banking competition and improving transparency. As a result, Australia now leads the world in financial freedom; the U.S. ranks only nineteenth.

Canada has the sixth freest economy. While the U.S. corporate tax rate remains the highest in the developed world, Canada has slashed its rate from 22.1 percent to 15 percent. Its top personal income tax rate of 29 percent is more than 10 percentage points lower than the top U.S. rate, which was increased as a result of Obamacare.

Chile boasts the seventh freest economy. Investment freedom there has risen 15 points over the last decade, to tenth place in the world in this vital job-creating category. During that period, the U.S. investment freedom score has declined 10 points. As a result, the United States is missing more than 5 million jobs that should have been created but weren’t during our recent recovery.

Estonia, the ninth ranked economy, has moved from dead last in monetary freedom 22 years ago to forty-third  place today.  Inflation is under control and subsidies have been limited.  By contrast, the U.S. has dropped to ninety-sixth place in monetary freedom, due to overly aggressive monetary policy by the Fed, increasing corporate welfare, and market-distorting subsidies.

Ireland and the United Kingdom are the remaining two economies that have outstripped America in economic freedom during the last decade. As with Canada, their gains have occurred primarily in fiscal freedom, with Ireland maintaining a low 12.5 percent corporate tax rate and the UK lowering its corporate rate from 28 percent to 20 percent. The U.S.? Still stuck at 35 percent.

To get the U.S. economy moving again, reform is needed across the board. But two categories cry out for urgent attention: U.S. scores for fiscal freedom and control of government spending are far below world averages. Just bringing U.S. scores up to average levels in these two categories would move our nation firmly back into the Top Ten, putting us into eighth place in the global rankings. Those areas are would surely be a good places to get our economy growing strongly once again.

Terry Miller is The Heritage Foundation’s Mark A. Kolokotrones fellow in economic freedom and director of the think tank’s Center for Trade and Economics.