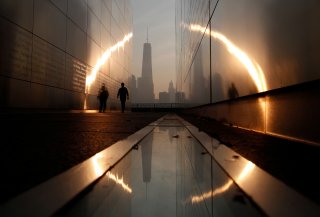 Context is everything in history, and hindsight is cheap. To grapple with a historical event one must put oneself into the thinking and assumptions of the time, which in turn are based on what people knew back then; not what they know now.

The attacks of September 11, 2001, on the Pentagon and the two World Trade Center buildings were unprecedented, overwhelming, and an absolute surprise. In Manhattan, a person could smell the fumes as far away as Midtown. It was the nearest that the inhabitants of New York and Washington would ever come in their lives to massive, flesh-incinerating violence. Comparisons were difficult, but Pearl Harbor was not a bad one: a surprise attack of vast proportions by an enemy.

For policy purposes, it was a toxic mix. On the one hand, there was the immediate feeling of stark vulnerability. In those autumn weeks, all sorts of related terrors, including nuclear and chemical weapons attacks, became less impossible to imagine. Nothing could be taken for granted. On the other hand, there was the warm feeling of national unity, along with the conviction that America could accomplish anything it set out to do. Remember, the United States had just closed a decade of successful military interventions in Panama, Bosnia, and Kosovo, which were all more-or-less wars of choice. Such adventures and the way they turned out subtly encouraged more adventures to come. And then there was the necessary war to eject Iraqi forces from Kuwait, which ended in triumph. America was invincible, even as it had just been seriously wounded. The result: the psychological need for revenge, and on a grand scale, no less—as grand as the attacks themselves.

Thus, in those autumn weeks, the post–Cold War era came to an end and the Global War on Terror began. The first era was a triumphal valediction to a half-century-long struggle to liberate the world from Nazism and Communism. That had been a conventional military and ideological labor for which America proved up to the task. The second era was ultimately about changing complex Islamic societies from within—for which America would turn out not to be up to the task. The first task was essentially geopolitical and the second task was essentially cultural. That’s why we succeeded in the first and failed in the second.

A number of people vaguely intuited this at the time. Because they had no specific knowledge of the future, they could only warn in general terms about over-burdening ourselves in one region when we didn’t know what challenges were yet to appear in other regions of the world. I wish I had been one of them. I was not.

Too many, including me, believed that Islamic terrorism was now the new global struggle: a successor to World War II and the Cold War. After all, on September 11, 2001, Russian president Vladimir Putin had only been in power in Russia a short time and had yet famously to define himself. On 9/11, Xi Jinping was still years away from assuming power in China.

In grand historical terms, 9/11 might be considered a head-fake, representing a mere interregnum between one period of great-power conflict and another. But in the literal heat of the burning towers, it seemed real enough.

Robert D. Kaplan holds the Robert Strausz-Hupé Chair in Geopolitics at the Foreign Policy Research Institute. His most recent book is “The Good American: The Epic Life of Bob Gersony, the U. S. Government’s Greatest Humanitarian.”