Academic Affirmative Action Is a Really Bad Idea. Here's Why. 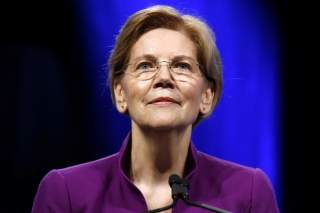 In 2003, with my doctoral dissertation approved and my PhD certificate in the mail, I went on the academic job market looking for an assistant professor position in sociology. I applied for more than eighty jobs and got just three interviews. One of them was at the sociology department of the University of Pittsburgh.

It was the middle of winter, I had a chest infection, and Pittsburgh was very cold. I was flying in from Arizona. There was a two-hour time difference and the Pittsburgh recruiting committee wanted me to start my day by meeting the director of the Center for Latin-American Studies at 7:30 a.m.

I pleaded for a later meeting since my next appointment wasn’t until 10:30 a.m. I pointed out that, due to jet lag, a 7:30 a.m. meeting would be like 5:30 a.m. for me, that I was very sick, and that I didn’t study Latin America. But the center’s director wanted to meet me, and he couldn’t meet me at any other time.

The chair of the sociology recruiting committee told me that he thought it was “very important” for me to meet with the Center for Latin-American Studies. I pointed out that I didn’t study Latin America in any way whatsoever, but he was insistent. He wouldn’t tell me why it was important. But when I threatened that, given my illness, I might just have to cancel the interview, he relented.

Over the course of my interview day in Pittsburgh, several people gently probed my family background. What sort of name was Babones? Was I perhaps from Argentina, a Latino of Italian origins? I readily told everyone the truth: my paternal grandparents came from Greece, my maternal great-grandparents came from Italy, and I came from New Jersey. Babones was just an Ellis Island misspelling of Bebonis, our proper Greek family name.

When the hiring decision came, I was informed that I was rated “exactly equal” to one of the other candidates. Since that candidate was African-American, and I was unremarkable-American, the university’s affirmative action policy dictated that the other candidate be offered the position first. If he or she declined the job, then it would go to me. (What would happen if we had both been minority candidates and had been rated “exactly equal” was left unsaid.)

That we were rated “exactly equal” was a funny bit of bureaucratic posturing. If I had been rated second, and the minority candidate turned down the job, then the sociology department would have had to admit that it was “unable to attract its preferred candidates”—i.e., that they had a problem. So we were both the preferred candidate. The department got to have its affirmative action cake and eat it, too.

What Did the Senator Know—And When Did She Know It?

Senator Elizabeth Warren has copped a lot of flak for claiming Native American heritage on the basis of old family stories of the kind that circulate in many white American families that have been in the country for a long time. Some of this criticism, like when Donald Trump calls her Pocahontas, is boorish bordering on racist. But inappropriate criticism doesn’t exonerate Warren for her own behavior. And that behavior has been questionable, if not outright duplicitous.

Warren first publicly identified herself as “Native American” in 1986 in the directory of the Association of American Law Schools. She was thirty-seven years old at the time and had been a law professor for eight years. By that point in life, and having been not just a professor, but a law professor, she must have known that publicly identifying as a minority scholar could have a dramatic impact on her career prospects. Only the most disingenuous or dimwitted academic could claim to be ignorant of this, and Elizabeth Warren is certainly not dimwitted.

As a result, so far as all of the public records are concerned, Warren’s minority status never played a role in her career advancement. And maybe it never did. But when Senator Warren flatly states in her video defense that “my background played no role in my hiring,” she is making a claim that, as she has carefully ensured, cannot be disproved. Harvard law professor, indeed.

The Mendacity of Truth

Elizabeth Warren is, no doubt, a highly accomplished legal scholar and educator. She certainly seems to have merited the confidence placed in her by her academic peers. But any professorship at Harvard attracts hundreds of highly accomplished applicants. Undergraduate admissions at Harvard attract tens of thousands. In both professorial hiring and student admissions, the truth is that most of those rejected could do the work just as well as the lucky few who are accepted.

And not just at Harvard. As American society has become more open and democratic, it has become more competitive. Rising inequality has further increased the payoff for winning the Ivy League sweepstakes. Even subtle advantages can produce massive rewards. No Harvard professorship, no Senator Warren, no President Warren. It may not be quite that simple, but it’s not much more complex.

When I applied at the University of Pittsburgh, I never asked to be considered as a minority applicant. I checked “white” on all my forms. But the pressure to hire minority hiring targets is so strong that I was still interviewed as a possible Hispanic. Universities routinely use foreigners from Spain, Portugal, or Latin America to meet Hispanic hiring targets, just as they use African immigrants to meet African-American targets. If you can pick up a “Native American” while hiring a woman, too, then all the better.

But opponents of affirmative action must reckon with the consequences of identity-blind admissions and hiring. Is it really acceptable to have an all-white law faculty or an all-male engineering school? There are so few female economists that when the Nobel Prize committee finally recognized a woman’s contribution to the discipline, they turned to a political scientist, Elinor Ostrom. Whatever your opinion about affirmative action, that’s a problem.

If Elizabeth Warren wants to be taken seriously, then she should admit what every academic knows: race matters. Gender matters too. Maybe it shouldn’t matter, and maybe it should. Either way, it does. If she doesn’t realize that, then she is too clueless to serve as a United States senator—never mind contend for the presidency of the United States.

As for myself, I am now an associate professor at the University of Sydney in Australia. I’d like to return to the United States, and I just applied for a job at City University of New York. The CUNY system is distinctive for extending affirmative action protections to Italian-Americans, a long-time disadvantaged group in New York City. As a result, in addition to other races and ethnicities, candidates can self-identify as Italian-American. And yes, I checked that box.