The Accelerationists: The Chinese Kids Who Plan to Blow Up the Party by Egging It On 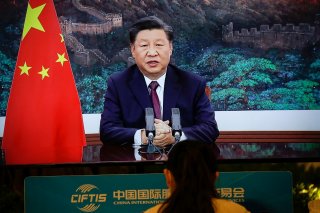 As the Communist Party of China (CPC) approaches its 100th birthday next year, it was hoping for a quiet 2020 to prepare the ground. Instead, it got the coronavirus. Compound that with epic floods, skyrocketing food prices, the mass withdrawal of foreign investors, and the Trump administration's "maximum pressure" on Chinese technology firms, and 2020 has turned positively febrile. Meanwhile, language protests have broken out in Inner Mongolia, and Hong Kong is in a virtual revolt.

Inevitably, the Party's response to these challenges has been repression reinforced with more repression. And if they couldn't repress quickly enough already, the Party now has some unlikely allies: a loose collective of anonymous geeks and gamers who call themselves the accelerationists. Convinced that the Party is pushing China to hell in a handbasket, they want to help pull it along.

The accelerationists are the anarchist antithesis of the infamous 50-cent army, the state-supported social media trolls who are supposedly paid half a yuan (wu mao) per post for spreading pro-regime propaganda. The accelerationists (jiasu zhuyi zhe, also translated as "accelerists" or "accelerators") often help out for free. One of their tactics is to swamp official tip lines with reports of minor or even made-up misbehaviors: song lyrics that could be interpreted as unpatriotic, or video games that allow players to break the law. The idea is to break the Party by forcing it to enforce all of its own petty rules.

Savvy to the Party's prohibition of certain phrases and images -- like comparing Xi Jinping to Winnie the Pooh -- other accelerationists delight in inventing new ways to make trouble for the speech police. For example, by parlaying Pooh parodies into broader Disney analogies, they were able to get all references to Disney China banned from the Chinese internet. By turning Mulan into a folk hero, they are causing even more problems for Disney in China, even as Mulan star Liu Yifei's reported support for Hong Kong police has led to calls for boycotts of the movie outside China.

As the accelerationists get more creative, more and more brands may run afoul of their faux patriotism. The challenge for China's CPC leadership is that the totalitarian system they have erected for controlling their population makes it near-impossible to know what anyone is actually thinking. The fact that China's thought control is now exercised mainly through artificial intelligence makes it even more difficult to sort pro-regime patriotism from anti-regime irony. When a teenager posts an image of Wolf Warriors under an incitement for China to invade California, is that an outburst of nationalistic militarism, or a wry comment on China's heavy-handed attempts to copy Hollywood Rambo-ism? Pity the algorithm that is tasked with machine learning the difference.

The accelerationists have no central recruiting office or coordinating committee. They don't share a unified vision for the future of China. The only things they seem to have in common are a taste for sarcasm and a distaste for Xi Jinping's brand of communism. In a China uncharacteristically beset by multiple crises, they also seem to share a millenarian fascination with civilizational collapse. In this, they are not alone. Many older dissidents also seem to feel that a better China can only be born phoenix-like from the ashes of a CPC regime that first crashes and burns itself to the ground. The apocalyptic resignation emerging in China that positive change can only emerge after cathartic destruction is surely a bad sign for the current government.

Extraordinary times bring forth extraordinary ideas. China's accelerationists call to mind the interwar European futurists, who exalted speed above all else. Their creed had no content: it was simply to get to the destination as fast as possible, any destination, even a horrific flaming crash into a brick wall. The CPC, seeking peace and quiet for its centenary year, may be hurtling toward the buffers. The accelerationists are only egging it on. Like the spectators at a car race, the rest of us can only hope things stay under control, even as we watch with fascination for any signs of a high-speed disaster.