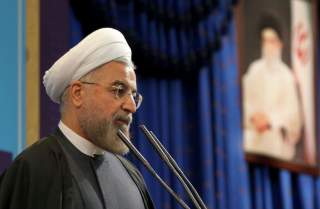 The November 2013 Joint Plan of Action (JPOA) agreement among Iran and the P5+1 (United States, UK, France, Russia, China, and Germany) commenced a six-month negotiation schedule designed to reach a final and hopefully lasting deal. Many of the trends since then have been positive: JPOA froze Iran’s nuclear activities for limited sanctions relief and negotiations have continued apace. Both the Obama administration and the newly elected government of President Hassan Rouhani genuinely want a deal. But recent reports also indicate major divisions between Iran and the P5+1. Simply put, Iran appears eager to maintain much of its nuclear infrastructure while offering greater “transparency,” while the United States wants a serious roll back of Iran’s uranium-enrichment program. While most observers expected bumps in the road, the latest disagreements could be the most significant disagreements that have arisen since JPOA was signed. But how serious are these disagreements? Is the Iranian government becoming more recalcitrant, or is it just driving a hard bargain?

If anyone could negotiate a way out of Iran’s nuclear impasse, it is Hassan Rouhani. While part and parcel of the political establishment, Rouhani is urbane, pragmatic and arguably Iran’s top expert on nuclear negotiations, having served as Tehran’s top nuclear negotiator from 2003 to 2005.

Rouhani’s goal of improving Iran’s economy converges with Obama’s desire to stop and roll back Iran’s nuclear program. While the two may want a real improvement in bilateral relations, they are realistic enough to know that domestic constraints (Congress, Iranian conservatives) and real world differences (Iran’s opposition to Israel and support for the Syrian regime, Israeli and Saudi suspicions of Iran) may preclude a major rapprochement between the two nations. A nuclear accord may be difficult to achieve, but it is the safest bet.

But it’s not just up to Rouhani and Obama. The centrist cleric may be Iran’s president, but he is hardly a decisive actor. His negotiations have been backed by Supreme Leader Ayatollah Ali Khamenei and the conservative establishment, but pressure on him to “protect” national interests is increasing every day. A recent hardline public conference titled, “We Are Worried”, served as a reminder that Rouhani faces a real dilemma; he has to come to a middle ground with the P5+1 that limits Iran’s nuclear ambitions while allowing the Islamic Republic to declare victory and save face.

The Iranian government is reportedly demanding that it keep its 9,000 operating centrifuges while reserving the right to expand its program to 50,000 centrifuges. Former Obama administration officials such as Robert Einhorn and Gary Samore have defined a middle ground between Iran and the P5+1 as entailing about 3,000 Iranian centrifuges. There are other issues at play, including the fate of the heavy water reactor at Arak and Iran’s acceptance of more intrusive inspections, but they are relatively manageable. Iran’s enrichment program, the heart of the negotiations, is a point of pride for the Islamic Republic, but a source of deep concern for the United States and its partners.

Is Rouhani really serious about keeping so many centrifuges? Does he expect to strike a deal with this position? He has repeatedly expressed his support for Iran’s self-declared right to enrich uranium. But it is not clear that Rouhani would risk sanctions relief by insisting on such a large number of centrifuges, which could prevent a deal and imperil not only his more moderate foreign-policy agenda and ambitious economic plans, but make a lame duck of his presidency.

Rouhani may indeed be facing intense pressure from Khamenei and the conservative establishment and reacting accordingly. In a recent televised interview, he vowed not to accept the West’s nuclear “apartheid” of Iran and instead of promising a significant decrease in Iran’s capabilities offered greater “transparency.” Rouhani’s speech in some ways mirrored the demands, rhetoric, and even tone of Khamenei rather than the suave, Davos-charming Iranian president the world has come to know. But after all, Rouhani is a politician and must keep the conservatives quiet. His rhetoric and his team’s more hardline negotiating strategy may be the result of domestic realities.

Nevertheless, a deal which allows Iran to keep more than a few thousand centrifuges may not be politically acceptable in Washington, and certainly not in Tel Aviv. The U.S. Congress and Israeli government fear that a flawed deal would allow Iran to keep most of its capabilities while loosening the economic stranglehold on Iran, allowing Tehran to maintain a sophisticated nuclear capability (9,000 centrifuges) and develop nuclear weapons at a more opportune time. The Obama administration needs Congressional cooperation to make a deal stick, and while the administration may be anxious to achieve a deal, it is unlikely to accept one that only allows more transparency but not a major rollback in capability.

The Iranian negotiators may be presenting their maximalist demands while hoping to achieve something below that threshold—if not 9,000 centrifuges, then perhaps 4,500. But if this is not their intention, then they better get real. Iran’s economy and the Islamic Republic’s future will not improve until the major U.S. and international sanctions are lifted. And this is not only a dilemma faced by the Rouhani government; Khamenei and his allies need sanctions relief just as badly. The Supreme Leader may speak of an economy of “resistance,” but his regime remains desperately addicted to oil money.

The United States and Iran may still find a middle ground, if not by the JPOA’s July 20 deadline, then in a few additional months. Washington’s diplomacy has been geared toward achieving a middle ground. But reaching a middle ground is a tactic and not the ultimate objective. Washington will strive to achieve the best deal for U.S. and allied interests. Iran may not like that; after all, Khamenei may want to preserve most of Iran’s nuclear-weapons capability. But his regime is simply in no position to make such maximalist demands. Iran has to lower its expectations if it wants a deal.