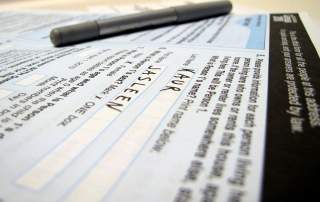 One of the parting acts of the Obama White House is to leave for the generations to come is a new American race: Middle Eastern and North African Americans, or MENAs for short. By a stroke of pen, or more precisely a change in census categories, the White House is about to declare that some ten million Americans, who until now were considered white, are a distinct nonwhite category, akin to African Americans, Latinos and Asian Americans. It is an odd move, given that one of the few subjects on which both President-elect Trump and Secretary Hillary Clinton agreed is that we need less divisiveness and more cohesion. Moreover, one of President Obama’s most often repeated refrains has been that we ought to look past divisions and view ourselves as Americans. As he put it: “There’s not a black America and white America and Latino America and Asian America; there’s the United States of America.”

The White House notified the public about the planned changes in the Federal Register on September 30, and allowed comments until October 31, i.e., the Obama administration may well make the revisions before Obama’s term expires. The main issue that remains to be sorted out, according to the U.S. Census, is which groups will be included in the new racial category. For instance, will Turkish and Sudanese Americans be encompassed or allowed to remain white?

One should not overlook that adding a minority has major policy implications. These include who is covered by affirmative action, school desegregation, voting rights and much else, all involving special standing and privileges for nonwhites. So far the only opposition to the move has come from a few Muslim American groups that worry the new category will enhance surveillance of their members.

This is not the first time the White House, whose Office of Management and Budget is in charge of defining categories for the U.S. Census, has moved to forge a new nonwhite race, and to great effect. In 1970, Mexican, Cuban, Puerto Rican, and Central or South American appeared as categories on the census. The term Latino first appeared in the 2000 Census. Since then, many have used this new categorization of scores of millions of Americans to claim that California already, and soon the United States, will have a nonwhite majority. This led, among other things, to a sort of minority triumphalism, and is one reason the Democratic Party has lost many of its former white voters, who see themselves as marginalized and, in effect, a minority facing discrimination.

This reclassification ignores the fact that more than half (53 percent) of Hispanics consider themselves white. Hence reports that the United States is moving to become a rainbow society, composed of a majority of nonwhites, stem in part from a combination of redefined census categories. To further lock in this move, the White House now plans in the 2020 Census to treat Latinos not as an ethnic group but as a race, hardening divisions when they should be bridged. Adding Middle Eastern/North African as another race is part of a trend that should be reversed, rather than extended.

Amitai Etzioni is a University Professor and Professor of International Affairs at The George Washington University. His latest book, Foreign Policy: Thinking Outside the Box, was recently published by Routledge.