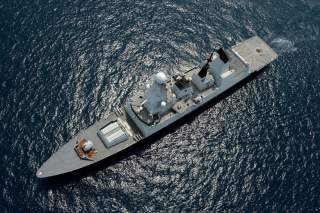 Ever since China set up its first air defense identification zone (ADIZ) in the East China Sea in November 2013, a Chinese ADIZ has hung as a sword of Damocles over the South China Sea. The same day as China’s Ministry of Defense announced the establishment of the East China Sea ADIZ, the ministry’s spokesman proclaimed, “China will establish other air defense identification zones at an appropriate time after completing preparations.” Since then, official statements by both China’s Ministry of National Defense and Ministry of Foreign Affairs have never ruled out the possibility of a South China Sea ADIZ, saying consistently that setting up such an ADIZ is the right of China as a sovereign state. Adding to this suggestion, sources close to the Chinese military occasionally told foreign journalists that China had plans and was ready to impose an ADIZ in the South China Sea. In early 2016, Navy Senior Colonel Liang Fang, a renowned strategist in the National Defense University, publicly urged the People’s Liberation Army (PLA) to declare an ADIZ in the South China Sea. All these announcements might be deliberate efforts to bluff China’s rivals, but the possibility of a Chinese ADIZ in the South China Sea in real.

Will China Set Up an ADIZ in the South China Sea?

The South China Sea ADIZ is a dog that hasn’t barked, but it can turn out to be one of three animals.

First, it can be a dog that will eventually bark. Most observers believe that China’s declaration of an ADIZ in the South China Sea is just a matter of time. Two reasons are paramount to support this belief. First, China’s official statements suggest that it already has plans for the South China Sea ADIZ that are to be executed when time is ripe.

Second, the facilities that China is building on the disputed islands in the South China Sea are too large for the need of the local communities. Some of these facilities include four three thousand-meter-long runways on Woody Island, Fiery Cross Reef, Subi Reef and Mischief Reef and a high-frequency radar station on Cuarteron Reef. China has also deployed to Woody Island long-range surface-to-air missiles that can reach two-hundred kilometers. In the eyes of many experts, the most logical application of these infrastructure and weapons systems is to support an ADIZ in the future.

But the South China Sea ADIZ can also be a dog that never barks. Even if China already has a plan to set it up, the time may never be ripe for a formal declaration. At least four arguments can be brought up to support this possibility.

First, “China may have learned from its East China Sea ADIZ that this particular game is not worth the candle.” As David Welch explains, “Declaring a South China Sea ADIZ would seriously undermine Chinese interests, aviation safety and international confidence in Beijing’s judgment. Very likely it would prompt other claimant states to declare overlapping ADIZs of their own.” However, some other experts doubt whether China has really learnt the lessons of the East China Sea ADIZ this way. In retrospect to China’s East China Sea ADIZ, Zhu Feng argues that the benefits it brings have outweighed the risks.

Third, some of China’s rivals are holding cards that can deter China from declaring an ADIZ in the South China Sea. Most effective among these cards is likely a Vietnamese ADIZ over the Paracel Islands, which can reestablish some forms of Vietnamese administration over the islands. China may also be deterred by the prospects of Vietnam launching a legal action against it, or Vietnam and the Philippines granting the U.S. military regular access to strategic places on the South China Sea coast such as Cam Ranh Bay and Da Nang in Vietnam or Ulugan Bay, Subic Bay and Zambales Province in the Philippines.

Fourth, China can leverage its hypothetical ADIZ in the South China Sea as a deterrent to possible challenges from the other users of the sea. If an ADIZ works best when it is unborn, it will be kept unborn.

Finally, the South China Sea ADIZ can be a dog that barks under the guise of a different animal. This camouflage may take various forms. China may impose one or more exclusion zones not under the name of ADIZ.

Alternatively, it may be a quasi or de facto ADIZ that is undeclared but nevertheless actively enforced. According to the Philippine judge Antonio Carpio, China is already effectively enforcing a quasi-ADIZ in the South China Sea by warning Philippine planes flying over the Spratlys via radio to “stay away from the area.” Similar warnings have been sent to military and civilian flights from other countries, including the United States and Australia. Currently, China’s quasi-ADIZ appears to cover no more than twenty nautical miles from the shores of some Chinese-controlled features.

Why Does China Need an ADIZ?

The question whether China will set up a South China Sea ADIZ can only be answered adequately if one understands why China needs an ADIZ in this area. Alas, the utility of an ADIZ is one of the least discussed topics in the discourse about China’s ADIZ. There is a general tendency to simply assume that China’s ADIZ is what its name implies—an air defense zone or a military tool of territorial control. But the utility of an ADIZ goes beyond the military realm and an ADIZ does not need to be effectively enforced in order to bring benefits to the country that declares it. As with other policy tools, it can perform political, diplomatic and legal functions.

An ADIZ can perform one or more of at least six functions. Two of these functions (early warning mechanism and exclusion zone) require effective enforcement, while three other (sovereignty marker, bargaining chip and signaling device) rely more on a formal declaration. One of the functions (deterrent) can only work without a declaration of the related ADIZ.

-ADIZ as an early warning mechanism. This is the original use with which the United States created the first ADIZs during the Cold War. It did so to reduce the risk of a surprise aerial attack from the Soviet Union. China today may be more concerned about spy activities conducted by the United States than a surprise attack, either from the United States or its South China Sea neighbors. If China wants to reduce U.S. surveillance activities along its coast, the capability to enforce is more important than the formal declaration of an ADIZ, since Washington has already declared it will neither recognize nor accept a Chinese ADIZ.

-ADIZ as an exclusion zone. An ADIZ can provide a legal basis for denying foreign aircraft access to certain areas. China’s ADIZ in the East China Sea requires even aircraft that transit the international airspace and not bound to China to identify themselves.

-ADIZ as a bargaining chip. An ADIZ can be used to boost the position of the state that declares it in some game it plays with foreign states. China’s East China Sea ADIZ, for example, has strengthened Beijing’s position vis-à-vis Japan in their disputes over the Senkaku (or Diaoyu) Islands. It gave China a legal basis to scramble its jet fighters against Japanese planes in the region and broadened the area of physical dispute from the islands’ adjacent waters to airspace over the territory. The East China Sea ADIZ also helped China to create a new status quo in the region. As Ian Rinehart and Bart Elias argued, “The PRC would acquire strategic advantage by asserting a maximalist position, then seeming to back down, while preserving some incremental gain—akin to a ‘ratchet’ effect.”