Afghan Women are In Charge of Their Own Fate 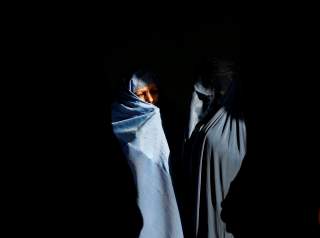 More importantly, if I were an Afghan feminist, then I wouldn’t spend my time complaining that the Americans haven’t pulled out a chair for me “at the table.” I’d march up to the table on my own. I would form a delegation and go speak to the Taliban directly. Even a meeting with Taliban women would be most instructive, providing insight into what they believe and how they live, and the extent to which a decade plus of life in the comparatively more progressive Gulf states may have impacted their thinking for the better.

I fully understand that Afghan feminists are nervous. But their time is not well spent trying to prevent or delay what is likely inevitable, the overdue U.S. pullback. Instead, they should be thinking hard about how to shape the outcome, and how to position themselves for maximum impact in the intra-Afghan discussion over values that is the only way for any society to progress. Social values are not best shaped by armies, and peace talks are principally a military affair. As for the United States, we do have an important contribution to make to the future direction of Afghan social values, by making it clear to the Taliban that any subsequent international development aid, as well as their country’s standing in the world community, will depend on their conduct regarding human rights and women’s rights.

Dr. Cheryl Benard has been engaged on the issue of Afghan women's rights for over twenty years. She was instrumental in projects to build schools, design women's health and education programs, and review principles of Islamic law as they affected women. Her relevant publications include Veiled Courage, Inside the Afghan Women's Resistance, Broadway Publishing 2002, and Women and Human Security, The Case of Post-Conflict Afghanistan, RAND Corporation, 2007. Her husband, Zalmay Khalilzad, is currently leading the U.S. government talks on a peace agreement in Afghanistan; the views in this article are her personal informed opinion.