Afghanistan Braces for Its Next Political Crisis 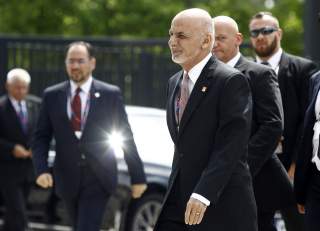 The continuing political crisis following a serious of failed negotiations between Ashraf Ghani and Atta Muhammad Noor does not bode well for stability and national unity of Afghanistan. It could also endanger the hard-gained achievements of the last decade and a half. The protracted political tension between Kabul and Balkh that has undermined Ashraf Ghani’s administration is not a new development. In fact, since the establishment of the National Unity Government (NUG) in 2014, the Afghan political atmosphere has been uneasy between its leaders. The situation has continued to impede governance and led to the rise of insecurity across the country. It is due to the fact that NUG agreement between Ghani and Abdullah did not materialize since early days of the unity government due to disputes on sharing power and delegating of authorities. After becoming president, Ashraf Ghani reneged on those promises by sidelining his political rival and centralizing power at the presidential palace. As a result, the Chief Executive Office, led by Abdullah as shareholder of the National Unity Government, lost his authority.

If NUG agreement which promised an equal sharing of power between Abdullah and Ghani had been implemented, perhaps Afghanistan would have been in a better security and political condition now. It is because the NUG agreement had outlined some key and important issues that could have led the state toward political stability. For instance, it was agreed to hold a constitutional Loya Jirga after two years by turning the CEO into a prime minister position. The agreement had also emphasized on electoral reforms and devolution of power among provinces. This would have equally distributed the political power at the national and provincial levels, which has remained a contentious issue among Afghan political elites since the collapse of Taliban in 2001. Additionally, NUG agreement would have allowed provincial governments to exert more power; since centralization has proved a failure during the last fifteen years, especially in a multi-ethnic society such as Afghanistan.

When the unity government was being negotiated by the United States, the Afghan people were hopeful that the new government would uplift the economy and improve security. But after three and a half years, the country is appallingly insecure, politically fragmented and economically stagnant.

With the deteriorating security situation across the country, NUG and its leadership have lost legitimacy and become unpopular in the eyes of the Afghan people. The spike of violence in Kabul and Jalalabad, which has cost countless innocent lives during the last couple weeks, is a testament to the decline of security in major cities. Afghans do not feel safe in rural or urban areas anymore. One of the reasons is the incompetence and poor leadership of the security sectors in maintaining security that have become heavily politicized in recent years.

Besides worsening security situation, the Afghan political front also remains fractious and unstable. Since the center and periphery political dispute that has emerged, it appears that Ashraf Ghani’s dismissal of Atta Mohammad Noor in December 2017 was a miscalculation despite the assurances he had from his CEO. Abdullah had already lost legitimacy particularly in the last two years and therefore he could not speak on behalf of Jamiat and other party members. This is due to the fact that Abdullah was unable to stand against Ghani in claiming his authorities based on NUG agreement.

Consequently, Abdullah was incapable to represent the wider Tajik political base and more importantly-Jamiat-i-islami which had supported his candidacy during the 2014 election. As Abdullah has become unpopular among supporters and irrelevant within NUG, Atta has gained popularity among his party members and is now seen as a decisive leader who negotiates with Ashraf Ghani. Given Atta’s rise at the center of Afghan politics, the assessment to oust him has proved failure and undermined Ashraf Ghan’s authority as the head of NUG.

Since the appointment of a successor to Balkh governorship, Mohammad Dawood, Atta has not allowed the new governor to occupy his position by directly challenging Ashraf Ghani’s political and constitutional authority. Moreover, Atta has already consolidated his power within Jamiat and some other political parties with expanding his support not only within his Tajik base, but also among Uzbek and Hazara ethnic groups. Since the inception of political showdown between Kabul and Balkh, Atta has also been regularly meeting people from all segments of Afghan society and political spectrum. He has mostly been condemning and slamming NUG and its policies in these events and gatherings.

Initially, there were reports that the central government could use military force to remove Atta as Balkh governor. This would certainly be a dangerous move as a military conflict will undermine the nearly two decades U.S. mission in Afghanistan. Furthermore, it could lead to fragmentation of the state along ethnic lines since Atta has enormous support among different ethnic groups.

As the crisis has intensified with Atta insisting to remain in power, it has made it difficult for NUG to salvage its authority and legitimacy. Since Abdullah’s role has become insignificant and does not influence the situation, Jamiat may not compromise on Balkh governorship which is viewed by the party as one of its central political positions. Likewise, given the precarious security situation with Taliban gaining momentum, it would be difficult for Ghani government to justify force in order to ouster a powerful governor who has been able to provide a modicum of security to his province.

Therefore, the most appropriate course of action for both parties would be to engage in peaceful negotiations and to agree on implementation of a series of arrangements that can address the systemic issues of the unity government. Like many of Afghanistan’s political problems of the past three years, the current crisis stems from the fraudulent 2014 elections that left no winner. In order to avoid such an intense and possible political complication for the Afghan presidential race in 2019, NUG should implement appropriate electoral reforms that can ensure free, fair and transparent elections next year. For that reason, Ghani’s government must agree to implement these overdue reforms; as this would calm the current political tension and set Afghanistan toward a stable and legitimate political direction.

Ahmad Murid Partaw is the former Afghan Senior National Representative to the U.S. Central Command and a graduate of Political Science from the University of South Florida in Tampa, FL. His research focuses on Afghan politics and the Middle East. He is an Alumni of the Near East South Asia Center for Strategic Studies as well as United States Special Operations Command and Joint Special Operations University. He writes about Afghanistan and Pakistan in Foreign Policy Journal, the National Interest, IHS Janes, Eurasia Journal, Kabul Times and Indian Strategic Studies.