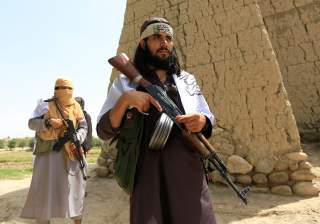 In recent months, U.S. and Afghan officials have launched a concerted effort to initiate a dialogue with the Taliban to end the war in Afghanistan. A stalemate in the battlefield between the Taliban and the Afghan security forces, and President Donald Trump’s quest for quick results in his South Asia strategy has built momentum for a negotiated peace among Afghan and U.S. officials. Yet the push for peace can only succeed if it is conceived as part of a new regional and international consensus on Afghanistan.

On September 5, U.S. Secretary of State Mike Pompeo formally appointed Zalmai Khalilzad, the former U.S. ambassador to Afghanistan, Iraq and the United Nations, as a Special Representative for Afghanistan Reconciliation. In this new role, Khalilzad is given the portfolio to “support, facilitate and participate” in the peace process. In his first tour of the countries in the region, which included Afghanistan, Pakistan, Saudi Arabia and Qatar, Khalilzad met with representatives of the Taliban in Doha on September 12. The Taliban confirmed that the meeting took place and indicated a willingness to continue the talks in future.

The appointment of a Special Representative for Afghanistan Reconciliation comes following months of proactive push by President Ashraf Ghani to open a channel of negotiation with the Taliban. On February 28, Ghani offered to enter into talks with the Taliban “without any preconditions,” and even expressed a willingness to recognize the group as a legitimate political party. In another bold move, Ghani announced a unilateral ceasefire on June 9. The ceasefire, which was reciprocated by the Taliban, brought an unprecedented three days of peace across the country in its recent history of conflict.

Given the complex domestic and external drivers of the conflict, the challenges of a peaceful political settlement in Afghanistan cannot be underestimated. Despite occasional optimism, much of the recent efforts have been limited to “talks about possible talks.” Two interrelated challenges deserve particular attention.

First, a peace process with the Taliban must be part of a new consensus that discourages regional and global powers from competitive investment in proxy war in Afghanistan. Such consensus was key to the overthrow of the Taliban in 2001. But it is rapidly deteriorating. The emergence of ISIS in Afghanistan, commensurate with its decline in Iraq and Syria, has changed the landscape. For Russia and Iran, the new player in Afghanistan (known as the Islamic State—Khorasan) presents more of a threat than the Taliban. Fearing the expansion of the Islamic State, both countries are allegedly providing support to the Taliban. Moscow has been attempting to launch another peace process. At the same time, Pakistan continues to offer safe sanctuaries to the Taliban.

Despite pressure from U.S. and Afghan government officials, the Taliban does not appear to feel a sense of urgency for ending the war because the group is benefiting from an improved regional image after the rise of the Islamic State and basking in the support that it has received from nearby countries. A polarized regional and international environment with conflicting policies on Afghanistan may give the terror organization the sense that time is on its side. Consequently, the Taliban may rely on the support of regional powers to continue fighting the United States until it gives up on Afghanistan, as it did once the Soviets withdrew in 1989.

Second, the National Unity Government (NUG) of President Ghani needs to build a national consensus to underpin talks with the Taliban. Since its foundation in 2014, the NUG has been plagued with internal factionalism and divisions between President Ashraf Ghani and Chief Executive Abdullah Abdullah. President Ghani has been accused of monopolising power in the hands of a predominantly Pashtun circle. In an environment rife with ethnic and political divisions and uncertainty, any major concessions to the Taliban, which is predominantly Pashtun, is likely to disrupt the fragile balance of power between different ethno-political groups in Kabul. Furthermore, a new generation of assertive social and political elite that emerged after 2001 do not feel represented by any of the factions in the NUG. Still, they are significant players for a long-term political settlement.

A united leadership and inclusive peace agenda by the NUG can also improve its credibility as a negotiating partner for the Taliban and regional countries. The Taliban has also refused to publicly commit to entering into a meaningful negotiation with the Afghan government. Condemning the Afghan government as a puppet of the United States, the Taliban has insisted on directly speaking to the Americans, creating deep challenges for the commonly referenced mantra of an Afghan-owned and Afghan-led peace process.

Nonetheless, there has emerged a stalemate between the Afghan government forces, its U.S. and NATO allies, and the Taliban. While the Taliban has expanded its influence in Afghanistan’s rural districts, it has not been able to seize control of any major provincial center. Its efforts to take control of Kunduz in 2015 and Ghazni in 2018 exposed the weakness of the Afghan security forces but failed to bring the Taliban any long-term strategic advantages.

Despite the Taliban’s refusal to directly talk to the Afghan government, it does not have a realistic prospect of militarily taking control of Kabul. If history has any lesson to offer, it is that Afghanistan’s complex internal and regional politics may not allow for any single group to fight its way into power.

A New Regional and International Consensus on Afghanistan

Public support for the end of the war in Afghanistan and the United States is high. For the American public, the Afghan war since 2001 is the country’s longest conflict. For the Afghan civilians, the past seventeen years have been only the latest episode of a much longer conflict that began with the 1979 Soviet invasion of the country.

The U.S. and the Afghan governments need to capitalize on that public support to integrate current ad hoc efforts into a coherent strategy of building a new international and regional consensus for peace. Afghanistan’s main advantage is that all of the major powers share an interest its stabilization, even if those powers have conflicting interests and policies elsewhere. The UN Security Council should take the lead in initiating a new process that builds on the convergence of U.S., Russian, and Chinese interests in Afghanistan.

Dr. Niamatullah Ibrahimi is an Associate Research Fellow at the Alfred Deakin Institute for Citizenship and Globalization of Deakin University where he focuses on Afghanistan and Tweets @IbrahimiNiamat.