Afghanistan's Successes and Failures of 2015 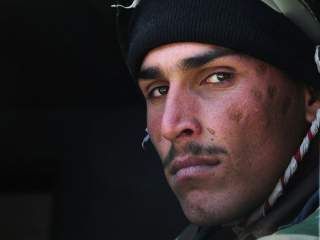 Last year was full of ups and downs for Afghans and their government. The rise and expansion of ISIS, the growing insecurity in northern Afghanistan, the fall of Kunduz into the hands of the Taliban and the exodus of Afghans into Europe were each, in their own way, a failure. On the other hand, the kick-off of the TAPI pipeline project, the country’s accession to the WTO, the start of development work on Salma Dam and the progress toward building regional consensus were all notable successes for the National Unity Government.

It is often said that the greatest failures are life’s greatest lessons. What lessons, then, can Afghanistan learn from 2015 for the year ahead?

After news of the death of Taliban leader Mullah Omar was leaked by Afghan intelligence, the Taliban divided into two groups, one led by Mullah Akhtar Mansour and the other by Mullah Mohammad Rassoul. They fought each other in the Zabul and Helmand provinces to gain control over the leadership ranks. Neither really succeeded, and the Taliban remains fragmented. So far, the Afghan government has failed to make use of this internal division in the Taliban to gain the upper hand. Of course, whether it was possible to do so is debatable because of security gaps and internal fragmentation in the National Unity Government itself. Moreover, the rise of Daesh is in part a product of that fragmentation.

The Fall of Kunduz

The fall of Kunduz and the Taliban's brief control thereof was significant for two reasons. First, it demonstrated that while the Taliban is fragmented it is nonetheless far stronger than before, and thus has the ability to challenge the writ of the government and exploit gaps in the security institutions. The special commission appointed by President Ashraf Ghani found a lack of security coordination to be the main cause of the province’s fall. Second, the fall of Kunduz highlighted not only significant gaps in the government’s security institutions, but also how those gaps are exacerbated by the internal problems and disagreements that plague the National Unity Government (NUG).

Failing to Form a Consensus

The rifts within the Afghan National Unity Government are most reflected in its inability to form a consensus over appointing candidates for security posts such as defense minister, as well as on key policy endeavors. One critical initiative to promote peace and stability at home and in the region was sabotaged by internal fragmentation: an intelligence agreement between the Afghan National Directory of Security (NDS) and the Pakistani intelligence agency (ISI). Information sharing is critical for bringing an end to the insurgency. But despite its importance, and perhaps because of it, internal rivals leaked to the public that the agreement was to be signed. Chaos ensued on the ground and among opposition figures as it played to the popular perception that Pakistan controls the Taliban. Anyone well versed in Afghan and Pakistani security knows very well that Pakistan does have some influence over the Taliban, but it is often perception rather than reality that drives the emotive reaction of the people and policy makers, which consequently constrains the policy response; perception forms the boundaries within which policymakers can operate.

The Rise of Daesh

Further confounding the security problems in 2015 was the rise of ISIS/Daesh in the eastern and southern parts of Afghanistan, which are traditionally areas where the Taliban is powerful. Daesh’s presence on the ground increased following division within the Taliban and internal war between the two factions. The security vacuum on the ground, too, is a result of the Afghan government’s security failures and internal divisions. Both the Afghan government and the Taliban are now waging separate campaigns against Daesh. Meanwhile, Daesh is likely to continue gaining ground in the absence of solutions for the security failures.

While the deteriorating security situation and the increase in violence are driving factors in the recent uptick in numbers of Afghans fleeing the country, it is not the only cause leading to their exodus. The stagnant economy and a lack of employment opportunities are also leading factors. They have forced hundreds of thousands of young Afghans to flee the country, particularly those with the means to leave. It is the educated young who are attempting to make the dangerous trek, in hopes of bringing a promising future to the families they leave behind.

While the reasons for their leaving are understandable, their flight itself is merely a short-term solution, not a long-term viable option for their families or their country. The educated youth are the future. Leaving will not bring hope and prosperity to their families or the country in the long term. Hope, peace and stability depend on those educated young going into the streets and the rural areas where the government does not have authority to work with the people, to educate them and to build bridges between the societal and tribal divisions, so that all can stand in unison to say, “Enough is enough. We stand for a new Afghanistan.” With the support of the young and the people across the divide, the National Unity Government can pursue a balanced approached to both development and security; it will be able to pursue the path of sustainable security, in which the government places equal emphasis on human security, development and traditional forms of collective and cooperative security.

Afghanistan’s year has not all been negative. There have been gains too, such as bringing attention to and gaining the support of regional actors for peace and stability in the country. From Asia to the Americas, state and non-state actors are now talking more seriously about ways to help Afghanistan and its people to realize the dream of peace. Efforts of diplomacy and courage undertaken by Afghans themselves made possible the successes of 2015.

One of the major achievements of the NUG was bringing to light the country’s predicament and the need for a regional approach to help facilitate peace and stability. Given the transnational nature of actors and the flows of people, goods and arms into and out of the country, a national strategy is not alone sufficient. Nor is reliance on global actors who have a stake in but are geographically distant from the people and the region. Regional actors, on the other hand, have a stake in Afghanistan and depend on its stability, for the region itself cannot grow and its people cannot find a better tomorrow without peace. President Ghani and the National Unity Government have worked to to drive that point home, not only to the people of Afghanistan but also to peoples and leaders throughout the region.

Ghani has successfully managed to convince China and central Asian states to play an active role in bringing peace and stability to this region. China, it should be noted, has endorsed efforts to bring about peace in the country, including providing support for the resumption of dialogue between the government and the Taliban. The president has also attempted to mend ties with and to develop mutual relations of trust with Pakistan. The United States, China and Russia have supported this policy, for all believe it is vital for facilitating the Afghan peace process. President Ghani even secured a breakthrough in dialogue with the Taliban. This is significant, given the failures of the past government’s attempts. There have been ups and downs since that breakthrough, but it is upon their foundation that Afghanistan can build in 2016 to find alternative pathways to peace and stability.

Development is vital to peace and stability. Ghani made some headway there, too, by partnering with regional actors to bring about much needed improvements in Afghanistan’s infrastructure. The NUG signed an agreement with India to facilitate the development of Salma Dam, located in the southwestern province of Herat, to produce electricity for the irrigation of local farms. Rural infrastructure development and projects have been seriously neglected in the past. The NUG recognizes this and seeks to focus more attention on rural areas in the coming year.

Enabling additional infrastructural projects in the future is another successful development of 2015, namely the inauguration of the TAPI (Tajikistan, Afghanistan, Pakistan and India) pipeline. The pipeline will bring energy to the energy-hungry states of Pakistan and India via Afghanistan. It will also have salutary benefits for Afghanistan by enabling it to meets its own energy demands while simultaneously generating income, investment and development in other sectors of the Afghan economy. In all, the government has been working to implement vast and critical reforms to make Afghanistan into an economically viable and independent country, one that is not dependent on and held hostage to foreign assistance—a country Afghans are flocking to rather than flying from.

As 2016 begins, Afghans at home and abroad should ponder their dreams for this beautiful, neglected, war-torn country. The dreams of each and every Afghan are tied to the decisions made today and the actions taken tomorrow. We will not be able to grow as individuals, as a people and as the great nation without looking to the past, without contemplating both the successes and failures of those who came before and without committing to work together for the future.