After Brexit: Will an Economic Goodbye to Europe Mean Hello to the World? 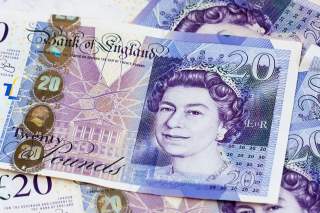 As with any divorce, Brexit faces its greatest fear, pain and outrage in the initial legal wrangling.  Since Britain’s June vote to break with the European Union (EU), a growing list of legal complications seems to have raised more uncertainties than loomed immediately after the results were tallied. It will take a while before anyone knows where Britain or the EU stand. But daunting as all this is, the success or failure of any separation depends less on the initial pains of the break than on how the principals pursue the rest of their lives.

This longer-term strangely has clearer prospects than the immediate future. Effectively, the country has two choices. Britain can continue to pursue the Europe-centered economic orientation it adopted when it joined the union over forty years ago. If it does, its economy will suffer all the disadvantages of dependence on Europe with none of the advantages of union membership. Alternatively, Britain can use its new independence to open itself to the world’s faster-growing economies more thoroughly than it ever could as a member of the EU. Should the country choose this path, its prospects would improve dramatically. It would also offer the world a wonderful irony indeed—that a seemingly inward-looking vote, mostly to secure what some would call a narrow national sovereignty, helped create a more thoroughly internationalized British economy.

The vote, of course, had little to do with either economic alternative. If exit polls and subsequent commentary are any guide, British voters considered economics and trade little. Constitutional matters dominated their concerns. They wanted to rid the country of EU dominance—the ability of the European Courts and the EU’s administrative structures to dictate labor, environmental and safety regulations, even law. British voters especially resisted the EU’s insistence that the country keep its borders open to migrants from any union member. Even if British jurists, bureaucrats and representatives would have made the same regulations and laws as Brussels, which is not unlikely, voters clearly wanted the decision made in Britain under British procedures and not by the EU. Those who voted for exit and acknowledged the economic costs of separation saw them as an acceptable price to pay for constitutional principle.

Those costs have now become clear. Until the UK secures new trade agreements with EU members, it seems poised to lose a portion of its huge trade with the continent, half the total at last count. Now that the EU no longer represents British trade to the rest of the world, the economy also stands to suffer until it can secure its own trade agreements with nations outside the EU, including with economic powers such as the United States, China, India, Australia and Canada. Because Britain will no longer have easy access to the huge continental market, it will suffer further as third parties, notably Korean and Japanese interests, rethink their previous practice of using Britain as a base for Europe-wide operations. Perhaps most troublesome is the potential squeeze on Britain’s dominant financial and business services sectors, more than 10 percent of the UK economy. With exit, this sector will lose the ability to serve clients freely throughout Europe, what the EU calls passporting. Many firms in the area, unwilling to wait for new arrangements, have already formulated plans to move parts of their business out of London onto the continent to the immediate detriment of British employment and income.

Estimates of how much economic damage the country will suffer vary from minor to devastating.  Her Majesty’s Treasury, noting that exports of goods and services constitute more than a third of Britain’s economy, has calculated that exit could cost it some 7.5 percent in real income between now and 2030, about half a percent of growth a year. Those on the “leave” side have come up with more moderate estimates, while some on the “remain” side have arrived at more frightening figures. Much depends on how quickly London can make new trade arrangements with the rest of the world and the EU, including passporting facilities for its financial sector. In the interim, however, much should mitigate the worst of these effects.

For one thing, Britain has become less dependent on European business in recent years. Some ten years ago the EU absorbed about 12 percentage points more of the country’s trade than it does now. Nor would the absence of agreements impose tariff barriers as onerous as it once might have. With no special arrangements, EU-British trade would fall under what the World Trade Organization calls “most-favored-nation” rules. Tariffs under these have already fallen to only 4 percent on average, well down from 7 percent twenty years ago and nearly 10 percent before that.

Promising to mitigate Britain’s economic strains further is the clear need of continental European business to sustain trade. The British market absorbs almost 8 percent of German exports, over 7 percent of French exports, over 5 percent of Italian exports and almost 10 percent of exports from the Netherlands. Business leaders in these countries hardly want to lose even a portion of this business. Other impediments notwithstanding, these economic interests will push hard to protect such sales by clarifying trade relationships as quickly as possible.

At the same time, British financial services are well-positioned to overcome ill effects should they lose passporting privileges. Firms in this area have dominated the union for so long that many on the continent will demand access or will take their business independently to the City of London, as the British call this sector, regardless of any possible passporting restrictions. Larger players will continue to require the special expertise and deep pools of financial capital more readily available through British financial sources. What is more, the liquidity, expertise and connections of British finance will almost surely prompt continental financial firms to seek joint ventures with British counterparts or make other arrangements that could sidestep passporting restrictions.

Still, Britain looks unlikely to gain any relief from a speedy resolution of exit terms, much less a quick settlement on new trade arrangements. All such matters are tied in legal knots from seemingly every quarter. Britain’s high court has delayed any settlement prospects with its decision that the referendum was insufficient to settle the matter. Parliament must debate the issues and vote before any negotiations can begin. No doubt the judges are right. Britain’s constitution identifies parliament as the only body that can undo what parliament did. But the court’s decision nonetheless will sustain economic uncertainty even though there is little doubt about the conclusion. Meanwhile, the European side has recently brought up the question of some €25 billion that Britain owes the union. It seems that the EU over the years has shifted some €200 billion in loans to members for various reasons, what it refers to as the “reste a liquider.” EU sources claim that the €25 billion is Britain’s share and the country must discharge this liability before it can settle anything else.

These matters, complex as they are, seem like a minor glitch compared with the problems surrounding actual negotiations for post-exit trade arrangements. London’s new foreign minister Boris Johnson and UK International Trade Secretary Liam Fox, recognizing Britain’s economic need for a quick settlement, have expressed a desire to combine negotiations on Britain’s exit from the union, under Article 50 of the Lisbon Treaty, with subsequent trade arrangements. On the EU’s side, however, Danuta Hubner, chair of the European Parliament’s constitutional affairs committee, insists that Britain will first have to negotiate withdrawal, a process that could take two years or more, before it can begin negotiations on future agreements. Adding to the complications, other influential EU officials have remained coy on the matter.

Ambiguities also surround coming negotiations with trading nations outside the union. The EU has established 33 preferred or free trade agreements (FTAs) with 62 countries, covering some 13 percent of British exports. While Britain remained an EU member, these agreements allowed it to enjoy tariff reductions from 7.4 percent on average before the treaties were signed to some 2.4 percent presently. Now these arrangements are in doubt. Adding still another complication, the EU seems to have negotiated two very different sorts of treaties. Some it signed alone for all its members in what the legal jargon refers to as treaties established with its “exclusive competence.” But some treaties were established under what the lawyers refer to as “mixed competence.” In these, both the EU and each member state signed. Legal opinion is confident that Britain will need to re-negotiate the first sort of treaty. It might claim the “mixed competence” arrangements for itself even after separation, except that the lack of precedent makes a final settlement on even these arrangements ambiguous.

If all this were not unsettling enough, it has become increasingly clear that Britain can use neither the Norwegian nor the Swiss model to guide its new relationship with the EU. These two nations stand apart from the EU but nonetheless have negotiated special trading rights. Many had hoped that Britain could establish similar relationships after exit. That now seems unlikely. Both these countries have secured their trading positions by bowing to EU strictures and rules.  Norway, for instance, pays dues to the EU up to 87 percent of full membership. Both Norway and Switzerland have agreed to open their borders to unfettered migration by EU residents. For Britain to follow a similar path, it would have to go against the wishes of its voters.