After Election, Taiwan’s Grand Strategy Is in Doubt 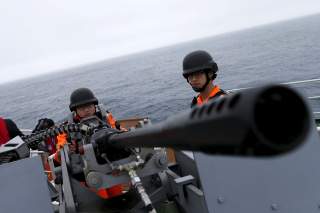 If the best reason to explain President Tsai Ing-wen’s landslide victory in the 2016 Taiwan election was her opposition to the economic integration between Taiwan and China, then the remedy she vowed was the New Southbound Policy (NSP). In her inauguration, she declared the pursuit of more economic engagements with South and Southeast Asian Countries, plus Australia and New Zealand. It has been nearly two years since the first budget, passed by the legislature, was spent on the first day of 2017. However, this new grand economic strategy for Taiwan may have brought back limited substance.

One may not find a word of “China” written in official guidelines, but there is no need to make it clear that the major target of this policy is to develop new markets sufficient enough to replace China’s. As Tsai stressed on her first day of presidency, “We will also promote a “New Southbound Policy” in order to elevate the scope and diversity of our external economy and to bid farewell to our past over-reliance on a single market.”  Though her expression was implicit, most listeners could not misunderstand to whom her finger was pointing at.

This policy logic is nothing new for Taiwan, however. It was twice put into practice by President Lee Teng-hui in the mid-1990s and Chen Shui-bian in the early 2000s, respectively, in the same region. Tsai’s NSP is similar but now covers five South Asian countries smaller than India that were not previously courted. This time, luck has yet to come. The latest data suggested, surprisingly, not only that the policy target of a more diversified export market was not achieved, but Taiwan’s export reliance on the Chinese market increased significantly in the past year.

Some results are encouraging. The NSP has provided incentives promoting mutual mobility among peoples of the region, and the outcome has been good. The number of people-to-people exchanges between Taiwan and the eighteen countries covered in the NSP reached 4.7 million in 2017, an 18 percent growth from the previous year. From January to August this year, tourists from Southeast Asia increased 17.4 percent from the same period last year, with 8.7 percent more Indians, and 9.5 percent more Australians. Likewise, foreign students from the NSP’s eighteen countries increased 17 percent last year. Moreover, the number of foreign spouses from Vietnam, Indonesia, the Philippines, Thailand, and Cambodia increased 6.6 percent from January 2017, a figure distinctly higher than the total average at 4 percent. From all of this, it is fair to conclude that Taiwan is getting closer to its southern neighbors.

In addition, Taiwan’s regional investments speeded up, eased by the $160 million (equivalent to NTD $5 billion) from a credit guarantee fund granted to Taiwanese enterprises in pursuit of state bank loans to fund new projects in NSP economies. In the past twenty months, 274 investment projects were initiated, which accounted for 30 percent of Taiwan’s outward investment of that period. Moreover, that investment totaled $5.3 billion or 5.5 percent of Taiwan’s investment in this region for all years. Another quiet but steady achievement is that Taiwan has now signed or renewed the bilateral investment agreements with seven countries—including Singapore, Indonesia, the Philippines, Malaysia, Vietnam, Thailand and India—an effective measure that should reduce risks and encourage more investments in the future.

Nevertheless, some results are discouraging. The effect of the NSP on exports has been vague. Taiwan’s export to the NSP’s eighteen countries amounted to $67.4 billion in 2017. Though this represents an annual growth of 13.4 percent, this figure was close to the global average of 13.2 percent. Apparently, the export growth from the NSP was mainly driven by the global economic recovery in 2017, which was the best period for the world economy since the financial tsunami in 2009. Therefore, the NSP cannot take credit for these exports. Also, bad news emerged this year. From this January to October, Taiwan’s exports to NSP economies amounted to $57 billion with growth only at 3 percent. This figure is much lower than the global average at 8 percent in the same period. This has cast doubt on the trade effect of Tsai’s new policy.

Even worse, to many people’s surprise, the NSP has so far failed to reduce Taiwan’s economic reliance on China. Under Ma Ying-jeou’s presidency from 2008 to 2016, the over-reliance of Taiwan’s exports to the Chinese market at around 40 percent was often criticized by opposition leaders, particularly by Tsai herself, who once challenged Ma’s policy to sign a framework trade agreement with China on a televised debate in 2010. The Democratic Progressive Party (DPP), in opposition, continued to force the Kuomintang (KMT) administration to drag down this worrying percentage. However, the fastest growth in exports to China occurred from 2000 to 2004 when Tsai chaired the Mainland Affairs Council in charge of Taiwan’s capital control towards China. Under her watch, exports grew from 24.4 percent to 37.9 percent.

Although the record showed a level period throughout Ma’s presidency, the fear of imbalance among voters continued, sparking the Sunflower student movement in March 2014, During that movement, hundreds of students occupied the legislative chamber demanding the government drop the service trade agreement with China. This turn paved the way for Tsai’s new southbound proposal to steer the island’s exports away from the mainland’s market.

Now it is two years on from the adoption of the NSP. This grand strategy of economic diversification is still far from successful. The figures for Taiwan’s exports to NSP’s countries, as mentioned above, are less than those to China. The island’s exports to the mainland market grew 16 percent last year and 10 percent from this January to October. Ironically, Taiwan’s export reliance on China increased steadily in the past two years under the NSP. This figure was 41 percent in 2017, 41.3 percent from this January to October, reaching a historical peak at 44.8 percent in March 2018.

In contrast, the figure of Taiwan’s export reliance on the NSP’s eighteen countries has not seen a rise. The percentage in 2017 remained the same as with the previous year, at 21.2 percent. It slightly dropped to 20.4 percent this year before November. There is no sign to suggest a reverse trend ahead, particularly among the ASEAN ten countries. Moreover, the figures for six South Asian are all around or less than 2 percent—too small to be meaningful.

The strong victory of the opposition party in Taiwan’s 9-in-1 local elections in late November 2018 sounded the alarm for Tsai administration.  On the surface, one can read this as more people being disappointed at Tsai’s performance in various domestic issues. But consider the slogan “Tourists to come in, goods to sell out, Taiwan to make a big fortune” proposed by Han Kuo-yu—the KMT’s mayor-elect in Kaohsiung, the DPP’s stronghold in past two decades. That cross-Strait trade issue may still play an important role behind the widespread disappointment among Taiwanese, particularly those in the south. Furthermore, the votes went for Han and other KMT candidates might also send a message that voters are unhappy with the current deadlock in the cross-Strait relations.

Unless something drastic changes, Tsai should campaign for the re-election in early 2020. Whether or not her economic strategy of trying to bypass China’s market was a success could be hotly debated. It may even serve as a decisive factor in the 2020 election. The economic practice of the past two years has so far revealed the fact that the South and Southeast Asian markets are not big enough to replace the Chinese for Taiwan exports. The NSP may not be an adequate remedy. If Tsai never chooses to embrace Chinese markets, she will need to think of more excuses to defend the failure of her grand strategy in the coming year.

Dr. Charles I-hsin Chen is a research fellow in Centre for Rising Powers, University of Cambridge; and a non-resident senior fellow in Institute for Taiwan-America Studies, Washington D.C. He received an economics Ph.D. from SOAS University of London in 2014 and then became the spokesperson of the ruling KMT and Presidential Office in Taiwan before May 2016.