After Orlando: What America Can Learn from Israel's Culture of Preparedness 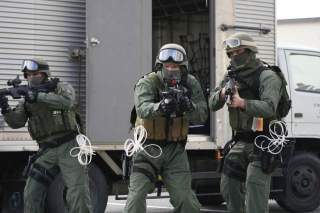 The Orlando massacre is especially devastating because American society remains wholly unprepared for further attacks of this nature. While the events of September 11 left indelible scars on our collective psyche, they are rapidly receding further into the past and do not represent the “new normal” of terror patterns. Until last December’s San Bernardino attack, Americans had lived under the threat of terrorism for more than a decade without any further major terror events. But these attacks highlighted the unsettling reality that there are a plethora of soft targets in the United States and that ISIS and their ilk will not hesitate to engage them. The government should acknowledge this reality by working to prepare the public rather than expounding on the need for further misadventures abroad or expanding the surveillance capacity of the state.

In 2009, the Homeland Security Institute (HSI) published a fascinating and thorough report for the Department of Homeland Security (DHS) contrasting the United States and Israeli approaches to informing and engaging their civilian populations on counterterrorism and national security. Its assessment of the United States in this area was sobering: “Ordinary citizens, perhaps the true first responders, often find themselves on the periphery of a homeland security paradigm that seems not quite prepared for the need to foster a culture of citizen preparedness.” While acknowledging the differences in the nature of the terror threats faced by the two states, the report suggested a number of ways in which the United States could benefit from emulating the Israeli example.

The HSI report credited centralized Israeli education programs on the nature and logic of terrorism with strengthening the public’s trust in the government to address terror threats as well as their own ability to play a role in the national security process. Terrorism preparedness in Israel is “a joint responsibility whereby government provides proper education to inform its citizens about the threat and survival tactics while the citizens assume responsibility to operationalize a national culture of preparedness as an able and willing partner in emergencies.” In fostering a sense of civic responsibility and a culture of preparedness for terrorism from an early age, Israeli society is more accepting and proactive in preparing for attacks and thereby more resilient in recovering from them.

In contrast to the Israeli approach, the report notes, public education on terrorism in the United States suffers from a deleterious combination of apathy and political reticence. The report offers insightful criticism on the contemporary political environment in which attempts to inform the public of terror threats are often discouraged as “fear mongering,” thereby subverting legitimate security communication. Nevertheless, the report recommended a number of concrete policy steps the government could take, including mandating early education programs on terrorism;  instilling preparedness as a civic responsibility; providing more specific details regarding terror threats to the public; and identifying terrorism as a major hazard with unique requirements for preparation. Rather than identifying simply another hazard, which could be adequately prepared for using an all-hazards approach, it notes the importance of “avoiding addressing the issue for fear that specific talk on terrorism would cause unnecessary anxiety risks inadequate public preparedness for a terror-related emergency.”

To date, the government’s success in implementing the recommendations of the 2009 report has been minimal. DHS ostentatiously launched the “If You See Something, Say Something” campaign in July of 2010, seemingly its most concerted effort to engage the public in counterterrorism. However, the campaign has so far perfectly illustrated the deficiencies of public education on terrorism. Unfortunately, slogans are not educational and the “If You See Something” campaign has been vague in its instructions. Finding a list of what it deems “suspicious activity” requires seeking out the campaign’s webpage, or suffering through boring ten-minute public service announcement videos. This places the initiative on the public to be informed—a plan the HSI report questions given public indifference on the subject. Subsequent polls have validated the concerns of the report regarding the effectiveness of this method and the assumption that the campaign has effectively reached and piqued the interest of its apathetic target audience. Tellingly, three years after the campaign slogan had been licensed and implemented by DHS, a majority of Americans remained completely unaware of its existence.

A later study for DHS illustrated the scale of the challenge facing the government in educating the public regarding preparedness and suspicious activity reporting. In that study, when respondents were asked to describe activities they considered suspicious, a measly five percent of respondents identified activities which could be terror-related. The government also continues to lag behind in its public acknowledgement and education on terrorist tactics. DHS’s preparedness website, ready.gov, contains advice on preparing for everything from hurricanes and other natural disasters to nuclear explosions. But it has yet to list “active shooter” as a terrorist hazard, despite the fact that shootings featuring assault rifles have been one of the most popular terrorist methods for inflicting mass casualties recently (such as in Mumbai, Norway, Kenya, Kenya again, Paris,  San Bernardino and, most recently, Orlando). As Obama noted in an address late last year, this is especially concerning given the low cost and ease with which guns are available for purchase in this country, even for suspected terrorists. Yet the federal government continues to view active shooter scenarios almost exclusively through the prism of isolated “workplace violence” (see: Fort Hood shooting) or school shootings and formulates its recommendations accordingly.

By neglecting to proactively educate and engage the public on terrorism, the government is foregoing significant potential national security benefits. A concerted effort to increase public awareness of terrorist methods and tactics and specific attack preparedness could exponentially improve our resilience to terrorism and increase the effectiveness of intelligence and law enforcement operations. Civilians would become a force multiplier in the provision of national security, rather than victims in need of rescue. These efforts would be particularly useful in major cities with higher risks of terrorism. Cities like Washington, D.C., New York, Chicago, Boston and Los Angeles could greatly benefit from even the smallest increase in civilian awareness. It would not be difficult for the federal government to devote some of its significant counterterrorism budget to more practical measures like implementing counterterror training and education protocols for the public in addition to law enforcement in these places. Programs like the January 19 law enforcement briefing in D.C. for restaurant and nightclub owners are a step in the right direction. Hopefully these programs will widen their reach in the wake of Sunday’s attack.

Perhaps the greatest challenge facing national security experts concerned with retooling the way terror threats are communicated to the greater public will be overcoming inertia and building a sense of urgency based on these attacks. Government policy has long been slow in reacting to crises rather than proactively addressing them, and that fact is unlikely to change in this case, especially if the policy discussion remains trapped in the political realm of gun control versus “radical Islamic terrorism.” It also remains to be seen whether Orlando will sufficiently rouse American citizens from a false sense of security with regards to terrorist attacks. The number of terror attacks has been rising steadily around the world, but until recently, those attacks had remained almost exclusively remote to the homeland. The Orlando attack has opened the door for a policy discussion in the United States on terrorism and public resilience. Policymakers will have an attentive audience and political capital to address glaring deficiencies in the national security process by taking proactive steps to educate the public.