The War Against ISIS After Ramadi 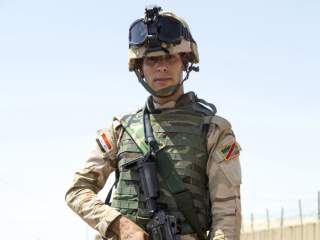 If history is any indication, even the most promising news from Iraq must be celebrated with caution. But the liberation of the heart of Ramadi, if consolidated, can offer lessons for long-term strategic successes in Iraq and for broader campaign against ISIS.

While the outcome in Ramadi is a positive development, a great deal remains to be accomplished. The fog of war and initial reports can create an inaccurate picture. We may not have reliable reports on ISIS’s precise power in various parts of the city. And it remains unclear when existing ISIS pockets in Ramadi will be cleared, who will hold the areas and what kind of reconstruction effort will be undertaken. A failure by the Iraqi government to deliver in the aftermath of the Ramadi campaign could very well fuel an ISIS resurgence.

These caveats aside, the recent success in Ramadi is significant, and may mark a turning point in the war against ISIS. After the Iraqi army’s collapse in Mosul, Iraqi security forces—especially its special forces—have largely recovered in terms of their reorganization, professionalism and willingness to fight. Although the operation took a long time, Iraqi Special Forces backed by the regular army, U.S. airpower and newly trained Sunni tribal forces performed well against a talented enemy in a difficult urban environment. Whereas previous successes against ISIS, such as in the Sunni Arab city of Tikrit, were spearheaded by Iranian-backed Shiite militias, it was the Iraqi security forces that took the lead in pushing ISIS out of the heart of Ramadi. By all account, the Shiite militias played a minimal role.

Encouraging, too, was the role that recently trained Sunni Arab fighters played in the liberation of Ramadi. The Sunni Arab role in the fight against ISIS is vital. ISIS’s predecessor, Al Qaeda in Iraq, had largely been defeated in 2006 and 2007. The growing sectarianism of Prime Minister Nouri al-Maliki, however, radicalized sizable elements of the Sunni Arab community. ISIS emerged in Syrian sanctuaries, expanded into the Sunni parts of Iraq and eventually became a voice for Sunni Arab disenchantment. More recently in Tikrit, where Shiite militias took over Sunni cities, the short-term success against ISIS led to a wave of sectarian abuses against the local population. The resulting Sunni Arab alienation gave ISIS a strategic victory amid the tactical defeat.

The liberation of Ramadi provides the Iraqi government with another opportunity to win over disenchanted Sunni Arabs and defeat ISIS. Three steps are now necessary:

First, remaining ISIS pockets in Ramadi must be defeated and the city and its suburbs must be cleared. The army and local Sunni forces should carry out this mission with coalition air and intelligence support. Avoiding collateral damage and abuses of the civilian population to the absolute extent possible will help ensure that Sunni Arabs rally against ISIS.

Second, the Baghdad government and anti-ISIS Sunnis should move quickly to address the needs of the local population in terms of security, good governance and services. A sizable reconstruction effort is needed to gain the confidence of the local population. Recent surveys suggest that severe dissatisfaction with both Iraq’s central government and local politicians among Iraqi Sunnis played a central role in the rise of ISIS.

Third, Iraqi leaders must expedite negotiations on the issue of Sunni self-rule in Anbar and other Sunni areas. Many Sunnis who opposed the federalization of Iraq when the national constitution was ratified in 2005 now favor the type of autonomy that the Kurds enjoy. The Iraqi constitution guarantees to provinces the right to pursue self-rule on local issues. Maliki’s decision to violate the constitution and move against Sunni provinces pursuing the federal option was a major grievance in the Sunni Arab community.

Equally important, the Iraqi government will need to reach agreement on a scheme for power and resource sharing between the central and local governments. Provincial guard forces should be given responsibility for maintaining local security to the maximum extent possible.

Achieving these objectives will not be easy especially in the current circumstances when oil prices are low and the government faces serious financial problems. On the positive side, though, Prime Minister Abadi appears more willing than his predecessor to address legitimate Sunni grievances. Opposition from Shiite hardliners will remain a factor; Abadi’s recent decision to refuse the U.S. offer to deploy American attack helicopters, for example, was driven in large part by the resistance of Iran-backed militias. Growing cross-sectarian confidence in the Iraqi government will give Abadi the political capital to resist hardline Shiite pressure.

Ramadi is an important test case, particularly because of the coming battles for Fallujah and for Mosul, Iraq’s second largest city. If the coalition and Iraqi government can develop a coordinated strategy to consolidate victory and make visible progress on political and economic reconstruction, the playbook in Ramadi could serve as a model for how to move against ISIS in Mosul and in Syria. In fact, Ramadi could very well become a turning point if progress in the city catalyzes a shift in the Sunni Arab community away from ISIS and toward the Iraqi government.

The United States has limited influence, but active engagement by Washington could tip the scales, transforming a temporary tactical advance in Ramadi into an enduring strategic victory against the forces of instability and terror in Iraq.