After Ukraine, Nuclear Safety Can No Longer Be Left to Chance 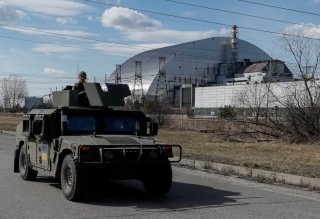 The war in Ukraine and the Russian military’s forceful capture of Ukraine’s nuclear facilities have fuelled anxieties around potential nuclear accidents and exposed the nuclear installations’ vulnerability during intra-or-interstate conflicts. For the first time, the world is witnessing a situation where the International Atomic Energy Agency (IAEA) is engaged in diplomatic negotiations with the occupying army to ensure the safety of Ukraine's nuclear installations. Due to military occupation, the hostage-like situation at the Zaporizhzhia station has reportedly affected the plant's normal operations. Similarly, the conditions at Chernobyl, too, remain volatile even after Russian forces appear to have left the site for fear of radiation contamination. These events likely have severe downsides for public perceptions of atomic power and call for bridging the institutional gaps in global nuclear safety and security architecture.

Since the onset of the nuclear age, the nuclear industry has paid particular attention to the safe design and operation of nuclear power installations globally. Anchored in international treaties like the Convention on Nuclear Safety (CNS) and other allied instruments, the global nuclear safety regime traditionally focused on addressing technical and human faults in the nuclear industry that could compromise the safety of nuclear systems. The strong safety measures became essential after the early incidents, such as fires at the Windscale (1957) and the SL-1 reactor (1961) in the United Kingdom and the United States, which fuelled public concerns about unforeseen events and radiation risks. In response, the nuclear industry developed the “probabilistic” safety approach to mitigate uncertainties caused by extreme natural or technical failures. This approach also enabled the scientific community to assess the probabilities of accidents and communicate safety risks in comparative terms, thus making them appear more manageable.

However, the threat of armed conflict and targeting of nuclear facilities in the event of large-scale war needed additional legal and normative commitments. The Cold War’s politics significantly impacted how states negotiated such obligations, especially the non-targeting of nuclear facilities. As early as 1956, international bodies like the International Committee of the Red Cross (ICRC) adopted draft rules to outlaw armed attacks on nuclear facilities. The ICRC’s rule-based framework failed to attain universality amidst the counterforce warfare strategies that did not exclude nuclear plants as the potential targets in the events of the war. Soviet forces similarly considered attacking American nuclear installations in the event of conflict and refused adherence to nuclear security norms that started emerging in the early 1950s.

Subsequently, in 1977, Article 56 in Protocol I of the Geneva Conventions called out excluding installations like dams, dykes, and nuclear electrical generating stations from military attacks. Israel’s airstrike that destroyed Iraq’s Osirak research reactor in 1981 and missile strikes on Iran’s nuclear facilities by Iraq during the Iran-Iraq War in the 1980s saw a blatant violation of these regulations. The IAEA’s General Conference, too, adopted five resolutions urging member states to refrain from targeting nuclear installations during conflicts. Nevertheless, the legally binding international agreement to protect nuclear facilities in war zones remained out of reach throughout the Cold War.

The strategies of deterrence and mutual annihilation doctrines held great powers back from accepting legally-binding commitments on the non-targeting of nuclear facilities during the Cold War. Consequently, the Cold War bequeathed a highly-skewed nuclear safety regime that narrowly focused on developing technical approaches while leaving military threats to chance. The limitations of the technical methods like the probabilistic safety approach soon became evident during accidents like Chernobyl. The large-scale radioactive fallout at Chernobyl severely exposed the infirmities of the probabilistic logic and attracted widespread public scrutiny of the industry’s claims about nuclear safety and security.

In the post-Cold War phase, the Soviet Union’s disintegration created an additional danger to the physical security of nuclear materials. The heightened threat of nuclear terrorism after the 9/11 terror attacks saw the international community designing nuclear security measures to prevent the illicit transfer of radioactive materials. In contrast, the prospect of intra-or-inter-state conflict impinging on reactor safety continues to escape international attention despite a significant increase in regional conflicts threatening nuclear infrastructures.

The Convention on Nuclear Safety (CNS), adopted in 1994 in response to the Chernobyl disaster, also marked a lost opportunity to address the threats of armed conflicts. Post-Chernobyl, the nuclear safety efforts merited firm, legally binding commitments to enhance the compliance of nuclear-operating countries with global design, operation, and regulatory standards. As agreed under CNS in the final stages of negotiation, the voluntary nature of compliance nevertheless marked a severe loophole in nuclear safety and security architecture. In March 2011, the accident at Fukushima in Japan in March 2011 again revealed the inability of existing safety approaches to foresee all possible events, let alone control them and called for safety practitioners to work towards addressing both natural and manufactured dangers consistently.

Russia’s armed attacks on Ukraine’s Chernobyl and Zaporizhzhia plants assume significance in this broad techno-historical setting. The Russian tactic to use atomic infrastructure as a shield sets a bad precedent and erodes the sanctity of the Geneva Conventions. Furthermore, the IAEA’s ongoing talks between the two warring parties raise concerns about the agency’s role and future of radiation protection. The history of nuclear accidents shows that an event in one part of the world can have severe downsides for public acceptance worldwide.

The international community thus needs binding normative and legal commitments that decouple nuclear facilities from international politics, as nuclear accidents mean collateral damage that affects all parties equally. Bolstering nuclear safety commitments is also vital for nuclear plant operating countries to maintain public faith in nuclear power and its viability for fighting global climate change. Given its significant presence in the worldwide energy market, the Russian nuclear industry has strong incentives to observe the atomic safety norms. Therefore, it is only prudent that the Russian army ends its irresponsible occupation of Ukraine’s nuclear facilities and observes its obligations under the Geneva conventions.

Kapil Patil, Ph.D. is a Postdoctoral Fellow with the ERC Project Living with Radiation at the Friedrich-Alexander University of Erlangen-Nuremberg. This project has received funding from the European Research Council (ERC) under the European Union’s Horizon 2020 research and innovation programme (grant agreement No. 770548). The views expressed are his own.