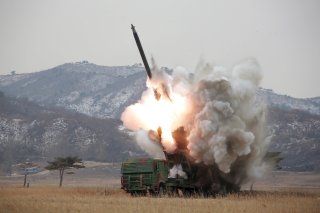 Russia’s invasion of Ukraine has upended European geopolitics and marked the return of great power competition. However, the ramifications of the invasion will be global in scope as policymakers carefully learn from the Ukrainian experience. With the rise of China as a peer competitor to the United States and its recent aggressive turn towards military coercion, East Asian states have reason to worry.

The nuclear dimension of the war in Ukraine, in particular, is important because of the existential concern at stake. Chinese policymakers would certainly pay attention to U.S. reluctance to intervene militarily due to Russia’s nuclear arsenal. They might conclude that a conventional invasion of Taiwan—coupled with nuclear saber-rattling—will likewise prevent direct U.S. involvement in another regional conflict.

On the other hand, as many commentators have pointed out, the war has also revived the possibility of nuclear proliferation as smaller states recognize Ukraine’s mistake in giving up its inherited nuclear stockpile. Further, the failure of the United States and the United Kingdom to enforce the assurances of the 1994 Budapest Memorandum to protect Ukraine’s sovereignty has dented the credibility of great powers to shield their smaller allies against nuclear-armed rivals.

In this context, facing nuclear-armed adversaries in China and North Korea, East Asian states such as Japan, South Korea, and Taiwan might re-evaluate their decisions to forsake nuclear deterrence and rely solely on the U.S. security architecture. Today, the uncertain geopolitical environment in East Asia stems from China’s military advantages and increasingly aggressive intentions; the relative decline, domestic fracture, and entrapment of the United States in Europe; and a clear recognition of the Chinese threat in domestic public opinion surveys.

Despite the strength of the international nonproliferation regime, including economic sanctions and the possibility of preventive military action, security considerations dictate that East Asian states would do well to take the nuclear turn in the short to medium term.

While backed by the empirical record, this argument ignores the potential deterrence effect that nuclear weapons can have on conventional conflicts. In the case of a conventional conflict involving rival nuclear powers, the possibility of escalation to nuclear use cannot be ignored in making calculations at the conventional level. In this sense, the presence of nuclear deterrence can have a mollifying impact in preventing reckless aggression, even when conflict remains conventional. During the Cuban Missile Crisis, for instance, President John F. Kennedy was so worried by the prospect of inadvertent nuclear escalation that he sidelined hawkish officials and cautiously implemented the naval blockade of Cuba.

Further, the argument that there is no existential threat to East Asian states needs to be tested. In the case of Taiwan, there exists a clear existential threat in the form of conventionally superior and nuclear-armed China which threatens its territorial integrity. South Korea and Japan do not face the prospect of an imminent conventional invasion from a proximate superior adversary but both have to deal with two nuclear-armed adversaries, North Korea and China.

Hence, all three states inhabit an acute security environment which should make them consider the nuclear option to deter unwarranted aggression and coercion. China’s military modernization, bolstered by increased defense spending; the development of anti-access/area denial capabilities, new aircraft carriers, a blue water navy, and new nuclear silos; and the augmentation of cyber warfare capabilities, does not bode well for its neighbors. China is likely to use its conventional superiority to make an aggressive attempt at achieving regional hegemony.

The nuclear option for deterring China can work in two ways for East Asian states. The easier option is to continue extended deterrence under the U.S. nuclear umbrella. Japan and South Korea are treaty allies of the United States and have a guaranteed measure of protection in case of nuclear escalation. Taiwan’s relationship with the United States is governed by the Taiwan Relations Act which does not automatically warrant the use of nuclear weapons on the part of the United States to protect it. The second option for these states is to activate their own nuclear weapon programs and develop an independent deterrent. In the past, both Taiwan and South Korea have sought the bomb only to abandon their programs under U.S. pressure.

There are several thorny issues that East Asian states will have to deal with when deciding to go nuclear. Apart from both the U.S. extension of the nuclear umbrella to meet their security needs and its opposition to nuclear proliferation, the strength of the nonproliferation regime, including economic sanctions and the threat of preventive military action from the adversary during the window of vulnerability, poses significant costs for the proliferators.

In the case of Taiwan, the logic of the nuclear umbrella does not apply and the threat posed by China is existential, even if an invasion is an unlikely prospect for now. Despite the logic of the stopping power of water and the military balance favoring the defender, China’s improved capabilities will make it exceedingly difficult for Taiwan to deter a conventional amphibious invasion from the mainland. Hence, there exists a compelling case for Taiwan to develop its own nukes.

For Japan and South Korea, the credibility of the U.S. nuclear umbrella has to come under question for these allies to develop their own deterrent. As others have previously argued, the United States’ reluctance to trade Los Angeles for Tokyo or Seoul poses the most significant challenge to the credibility of extended deterrence. The precedent for Tokyo or Seoul to go nuclear can be found in the French decision to develop its own bomb despite being under the NATO umbrella. The French fear of U.S. abandonment in the context of Dien Bien Phu and the 1956 Suez crisis overrode their faith in NATO’s assurances.

Even if the Trump interregnum, characterized by a zero-sum attitude toward allies, is seen as an aberration, the U.S. abandonment of Afghanistan and its inability to enforce the Budapest Memorandum should make U.S. East Asian allies consider the benefits of nuclear deterrence.

On the United States’ part, the costs of extended deterrence also need to be examined. As Doug Bandow has argued, in the case of South Korea, extended deterrence made sense so long as the North Korean threat was limited to a conventional level and Pyongyang did not have intercontinental ballistic missiles. However, due to China and North Korea’s nuclear buildup, the risks to the United States have increased and are likely to put a strain on the U.S. commitment as tensions heat up in the region.

While it comes with risks, allowing U.S. allies to go nuclear might actually ease the security burden for the United States. For instance, an independent Japanese or South Korean nuclear deterrent would allow the United States to reduce its spending on the maintenance of overseas military bases and troop deployments. In the case of Taiwan, it is in the U.S. interest to allow it to go nuclear so that China is unable to break out of the first island chain, a crucial step to China’s cementing of regional hegemony.

Further, doubts over the United States’ ability to mobilize resources to conventionally balance China in the Indo-Pacific region provide another rationale for horizontal proliferation in East Asia. While the United States has partially withdrawn from the Middle East and increased its focus on the Indo-Pacific region, Russia’s invasion has dragged it into the European theater to the detriment of its East Asian allies. The war in Ukraine has indeed galvanized European states in taking more responsibility for their defense burden, but this has not translated into a drawdown of the U.S. commitment to the region. In the short run, for the next couple of years at least, the United States seems unable to get out of Europe.

Second, the severe partisan polarization of domestic politics might make it difficult for the United States to effectively mobilize resources in support of allies under duress. During the Ukraine crisis, this concern has been evident in the conservative defense of the Russian invasion and some Republican senators’ opposition to sending U.S. aid to Ukraine. This argument, however, has to be qualified by the generally hawkish attitude of Republicans and the Democratic Party’s propensity to taking a multilateral approach.

Finally, the influence of the restraint variant of grand strategy in the United States might lead to the drawdown of its direct entanglement in the region. While there exists a significant debate among restrainers on tackling the China challenge, almost all variants would involve allies picking up more burden for self-defense.