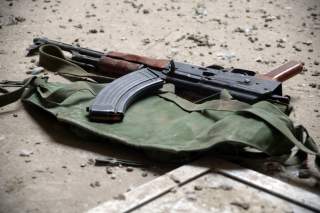 By uniting the international community against it, the Islamic State has managed to paper over many of the fault lines that crisscross the Middle East. This manufactured unity has underwritten the coalition of states and nonstate actors that have coordinated their military action against ISIS—a coalition that includes Iran and Saudi Arabia, the United States and Bashar al-Assad, and Iraq and the Kurds. All of these erstwhile rivals have been willing to cast their differences aside to meet the common threat posed by the Islamic State’s horrifying success.

As the threat from ISIS fades over time, though, these players’ rivalries will resurface and burn hotter than ever. To avoid a regional conflagration, the United States must recognize its responsibility to ensure a stable balance of power in the Middle East and articulate a firm commitment to doing so. ISIS must be defeated, but that defeat must not come at the cost of chaos or Iran’s destabilizing rise to regional preponderance.

The Enemy of My Enemy

When the Islamic State swept across Iraq last summer, it startled the region out of its complacency. Suddenly, every major player had a stake in the campaign against ISIS. Tehran moved to protect its client state in Syria; the United States did the same for the Kurds and the new government in Baghdad. Saudi Arabia, Turkey and Egypt acted on their fears that ISIS could expand into their own territory. And all the while, Iraq, Syria and the Kurds were just fighting for their lives. Faced with a new and savage enemy, these disparate actors entered—sometimes expressly, other times only tacitly—into an ad hoc coalition dedicated to ISIS’ marginalization and ultimate defeat.

This coalition includes many former enemies with conflicting interests, enemies who have managed to put aside their differences only because the threat posed by the Islamic State is so great. For example, Saudi Arabia and Iran have struggled for decades for regional leadership, a rivalry riddled with sectarian tensions. Since 1979, Iran and its allies have challenged American influence in the region through a variety of means, including proxy battles, oil embargoes, advanced weapons programs and state-sponsored terrorism. The Kurds have long clashed with state authorities in Turkey, Syria, Iraq and Iran over their aspirations of autonomy or even independence. And as in most areas of the world, the Middle East is marked by confessional nationalism that often stifles even positive-sum cooperation.

The Islamic State has muted these underlying conflicts, but they have not died out. Instead, these rivalries have only been put on hold.

Under the coalition’s combined pressure, the Islamic State is starting to crumble. According to the head of CENTCOM, American airstrikes have killed over eight thousand militants, destroyed key sources of revenue and mangled ISIS’ command-and-control network. Perhaps more importantly, the State has lost as much as a third of its territory in Iraq. Through this campaign, the coalition has inflicted defeats that, for reasons I’ve explained elsewhere, will be difficult to reverse, are likely to accelerate over time and may jeopardize the State’s legitimacy in the eyes of potential recruits.

Coalition attacks have also aggravated the Islamic State’s internal problems. The State has proved incapable of administering the territories it supposedly “governs,” undermining its authority over its subjects. Worse, serious fissures have developed between the organization’s foreign and domestic fighters, leading to widespread disaffection, desertion, and dissent.

As the Islamic State retreats and fractures, the coalition’s avowed and implicit members will turn back to the conflicts and animosities that once divided them. This will happen for two reasons. First, and most obviously, the Islamic State will present less of a threat to its opponents as it grows weaker. As the threat it poses fades, so, too, does the common interest that binds the coalition together. While the Islamic State was racing toward Baghdad, Saudi Arabia perceived it to be a grave security threat. But once ISIS has been reduced to a rump enclave in Syria, Riyadh may recalculate that Iran, which backs rebels, militias and minor despots across the region, is actually the bigger threat. Tehran, likewise, will also recalculate—along with every other member of the coalition. The result will be internecine squabbling long before ISIS has been completely routed.

Second, coalition members will be tempted by new opportunities to strike out alone for their own advantage. For example, Iran has been one of ISIS’ most dedicated opponents, contributing copious resources to defend the governments of Iraq and Syria. But Tehran has also been quick to exploit Iraq’s deteriorating security situation. It has augmented its role in Baghdad’s decision-making process, increased the strength of its proxy Shia militias, and cultivated relations with other actors in the country—including former Prime Minister Maliki and the Kurds—in order to diversify its power base.

These moves unnerve Iran’s rivals, especially Riyadh. “Iran is taking over Iraq,” complains Prince Saud al-Faisal, the Saudi foreign minister. Indeed, Saudi Arabia has intervened against the Houthi advance in Yemen in order to counter Iranian influence, even though Riyadh and Tehran are ostensibly on the same side in their fight against the Islamic State. For now, Saudi Arabia and its allies will continue to bomb ISIS in tacit cooperation with Iranian-backed militias on the ground. But soon enough, Saudi Arabia may decide that there is little point in continuing to provide air cover for what amounts to an Iranian advance into the Iraqi heartland of Riyadh’s Sunni co-religionists.

The balance of power in the Middle East has shifted in the wake of the Second Gulf War, the Arab Spring, and the rise of the Islamic State—but no one knows by how much. Some actors feel stronger, others more vulnerable. Insecure and overconfident by turns, this motley collection of actors is united only in their campaign against ISIS. As ISIS collapses, today’s reluctant allies will grasp for influence as they seek to reorient themselves in a changing region. This is the security dilemma at work: a situation where each actor tries to protect itself against potential threats with a defensive measure—say, forming sectarian alliances—that inadvertently threatens others, leading to a dangerous, escalatory spiral.

In short, conditions are ripe for conflict. Already, sectarian proxy wars have broken out in Syria and Yemen, and Iraq itself is perched on the edge of a civil war between its Shia majority and Sunni minority. It will not take much for hostilities to break out, and the most likely locus is the campaign against the Islamic State. Sparks are already flying in the form of local commanders initiating skirmishes against peer groups and community residents. Over time, these sparks will increase in frequency and intensity, and at some point, one may ignite a broader inferno.

Nor is there any possibility of a return to the status quo ante bellum. In its appalling rise and inevitable decline, the Islamic State has reshuffled the Middle East deck by disrupting the balance of power. Although different players have incurred heavy costs, there have been relative winners and losers, and the groundwork has been laid for more conflict between them. Having shed blood for their gains, winners like Iraq’s Kurds, for instance, will be loathe to give up their hard-won independence.

President Obama started the fight against the Islamic State with great reluctance, not wanting to embroil the United States in yet another Middle Eastern conflict. But as the coalition against ISIS falls apart, the region will hit an inflection point with incredible potential for escalation. Without a prescient strategy, the United States may find itself entangled in a fresh set of enduring conflicts. And as Saudi Arabia and Iran square off at the heads of sectarian coalitions, it is easy to imagine that the humanitarian consequences of a regional ethnic and religious conflict could surpass even those of the Syrian civil war.

In order to avoid this dismal outcome, Washington needs to act now to establish a long-term strategy that accounts for the region’s new and more dangerous circumstances. President Obama has said that his goal is to “degrade and ultimately destroy” the Islamic State. But a grand strategy requires more, and so the United States must pair that immediate objective with a longer-term goal: engineering a relative balance of power throughout the region that can forestall Iran’s rise to regional hegemony and the region’s descent into sectarian chaos.

Some aspects of that balance will be easier to forge than others. In Iraq, for example, Washington can and should act as a broker between the Kurds and Baghdad in order to build the confidence necessary for continued cooperation between the two. Compromise is difficult but possible: Iraq does not want Kurdish secession, and the Kurds do not want to fight a civil war against the central government.

Washington confronts a much harder quandary when it comes to the division between Iran and its Shia clients, on the one hand, and the United States and its Arab allies, on the other. President Obama must be careful not to lose sight of the broader American strategy for the region: together, Tehran and Washington could easily defeat the Islamic State, but victory would come at the cost of a significant step toward Iranian regional hegemony and a potential sectarian crisis of unparalleled proportions. At the same time, though, it is clear that Iran is a key part of the battle against ISIS, bearing the brunt of the on-the-ground fighting crucial for victory. (Indeed, some suggest that victory is nearly impossible without Iran’s help, though others disagree.)