The Aftermath of the War in Ukraine 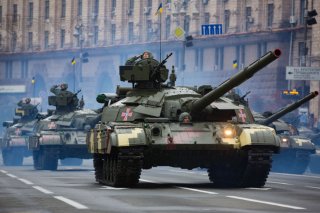 The Biden administration believes that the reason Russia has invaded Ukraine is ideological. It maintains that President Vladimir Putin aims to destroy Ukrainian democracy because it poses a threat to his autocratic rule. The origins of the current crisis, according to this line of thinking, are the 2014 Euromaidan Revolution and the removal of the Russian-backed president, Viktor Yanukovych. The New York Times and other papers share this view. So do pundits such as the Times’ David Brooks and Martin Wolf of the Financial Times, who called the war an ideological conflict between irredentist tyranny and liberal democracy.

This position’s unstated assumption is that Putin would not have attacked Ukraine if it had been less democratic or had remained more closely tied to Russia. A compliant Ukraine would surely have lessened the likelihood of an invasion, but it would not necessarily have precluded it. Putin’s war was a land grab, not unlike the European conflicts in the eighteenth and nineteenth centuries. As a matter of power politics, what Putin seeks is to assert his control over Ukraine and other former constituent republics of the Soviet Union and recoup some of the territory lost after the Cold War. He has long reviled the dismemberment of the Soviet Union and the eastward expansion of NATO to Russia’s borders.

The United States has been an unwitting accomplice in Russia’s belligerence. Reveling in the victorious end of the Cold War, it enthusiastically welcomed the former Soviet satrapies into the Western alliance. Though they had abandoned state-centered governance for political and economic liberalism, the ex-Soviet satellite states principally joined NATO to secure U.S. protection against future Russian revanchism. In the heady days that followed the fall of the Berlin Wall and the dissolution of the Soviet Union, President George H.W. Bush and his successors, even as they envisioned a more cooperative relationship with Moscow, trumpeted their Cold War success and the dawn of a U.S.-centered world order it signified.

For Putin, however, then a KGB officer in Germany, the end of the Cold War horrifyingly truncated Russia, leading to the collapse of its economy and its dependence on Western goodwill. As he wrote in his 2000 book, First Person, Russia had disappeared, as if it had never existed. Notwithstanding the 1997 NATO-Russia Founding Act on Mutual Relations, Cooperation and Security and the declaration that the alliance would not expand eastward, NATO persistently—indeed, recklessly—enlarged during the Clinton and second Bush administrations, indifferent to the potential consequences of its actions. Despite Putin’s blistering criticism of NATO expansion at the Munich Security Conference in 2007, Bush overrode allied opposition and, a year later, committed to bringing Ukraine and Georgia into NATO.

Since 2000, when he was first elected president, Putin has vowed to restore Russian power on the world stage. To do so required reasserting Russia’s control over the former Soviet republics. From 1999-2000 then-Prime Minister Putin waged an atrocity-laden war with Chechnya to suppress the secession of a state within territorial Russia. This was followed in 2008 by the war with Georgia, which hived off the self-proclaimed republics of Abkhazia and South Ossetia, and the annexation of Crimea in 2014. The current conflict in Ukraine similarly aims to quash the independence of a country that Putin contends has historically always been part of greater Russia.

On the surface, all these conflicts are intended to erase the humiliating losses Russia incurred after the Cold War. At a deeper level, however, they are also motivated psychologically and culturally by the desire to resurrect the glorious past of a unified Russian world (Russkiy mir). Like the United States, Russia perceives itself as an exceptional country, one that subdued its Mongol overlords; conquered lands in Europe and Asia under its modernizing czars, Peter and Catherine; and in the nineteenth century presented itself as the Third Rome, the moral and cultural alternative to the rotting West. Similarly contemptuous of Western values, Putin derides wokeism, cancel culture, homosexuality, and the “crime against humanity” committed by transgender people. Like the nineteenth-century Slavophiles whose mission was to reform a morally bankrupt Europe, Russians, as Putin has said, should adhere to their own superior spiritual values and traditions.

In his desire to midwife the rebirth of Russia as a global power, however, Putin is also demonstrating paranoid tendencies that are comparable, if not greater, to those manifested by Josef Stalin. The threat to use nuclear weapons may convey the ravings of an individual convinced that Nazism is still lurking and that the United States and NATO are hell-bent on Russia’s destruction. Clearly, the war in Ukraine has not gone well, muddled by poor military operations, logistical breakdowns, and the failure to understand the enemy’s will to resist. While Putin could resort to short-range nuclear weapons to overcome NATO military support for Ukraine, at present the prospect is low. The United States and its allies have wisely refrained from provocative rhetoric, and there are no signs of change in the West’s nuclear operations.

Nonetheless, the war in Ukraine is bound to intensify. Russian air and artillery strikes are increasing, and they are targeting cities and evacuation roads in their path of death. Reminiscent of the scorched earth tactics the Russian employed in Chechnya and Syria, Putin will wreak greater destruction on innocent people to achieve military victory. But the wanton destruction will also embolden courageous Ukrainians to wage a protracted insurgency in defense of their homeland. Morally outraged by Putin’s unjustified war, the West and its democratic partners have responded overwhelmingly to the pleas for help from Ukrainian president Volodymyr Zelenskyy. In addition to military aid, countries in and out of Europe have imposed crippling sanctions on the Russian economy and severed it from the world’s banking system. Corporations have ceased doing business in Russia. Publics everywhere have used the multiple forms of technology that proliferate in the digital age to broadcast news of the war.

How this war ends will depend on the Ukrainian people’s grit, the effect of economic sanctions on the lives of ordinary Russians, and their tolerance for continued conflict, the dubious morale of Russian troops to sustain combat against a people who are, in many cases, their relatives, and the wisdom of policymakers in the United States and Europe. Even though Washington has rejected Poland’s offer to send MiG-29 fighter jets to Ukraine, the transfer of Stinger surface-to-air missiles and other weaponry could invite Russian reprisals and widen the war. Russian retaliation against Poland or one of the Baltic states would invoke the Article 5 collective defense clause of the Washington Treaty, which states that an attack against any NATO ally is an attack against them all.

There are further political risks to the end of a conflict the objective of which should be to restore European order and global stability. The United States and Europe, including Ukraine, must resist the emotional pressure of publics that want to punish Russia for its transgressions. A punitive response, such as that against Germany after World War I, would be a silly act of repetition-compulsion; it would alienate innocent Russians who were also victims of Putin’s violence. Worse, it could sow the seeds of future conflict with a Putin surrogate.

At the end of the day, Putin and Russia will be losers. Unwavering Ukrainian resistance, the cumulative effect of the sanctions on Russia’s weak economy, including a Western ban on Russian oil imports, and the unrequited rage of a people whose lives have been shattered by Putin’s megalomania will take their toll. This will not happen quickly. Ukraine’s immediate future is one of Russian occupation and unremitting guerilla warfare. It is possible, though not probable in the short run, that mass protests will remove Putin from power. Even so, Putin’s influence in an economically crippled Russia will weaken, and new claimants to leadership will emerge.

However, even if Putin retains power, the objective of the United States and its European allies must be on ending the military conflict and restarting a dialogue with Moscow. Rather than treat Russia as a pariah, the focus should be on reintegrating it into Europe. Demonstrations of comity and commitment to shared goals—revived discussions on mutual security, military exercises, and especially on arms control—should be met with reduced sanctions. Vastly weakened by economic sanctions, Putin does not have a strong hand. China is neither likely to be the paymaster for a country on the verge of bankruptcy nor is it willing to pay the price of Western sanctions for its efforts. Geographically removed from Europe, it is in no position to broker Russia’s security ties with NATO.

The endgame must entail the drawdown of Russian forces from Ukraine, the recognition of Ukrainian sovereignty, and restitution for the destruction Putin has caused. Because Putin will not walk away from Ukraine empty-handed, Washington and its allies must in return be willing to make face-saving compromises, including the exclusion of Ukraine from NATO; the recognition of Russian primacy in Donetsk and Luhansk, if not their outright independence; Russia’s retention of Crimea; and the graduated removal of sanctions. Revived discussions on military security will also require concessions. One possibility may be the removal of the missile defense systems deployed in Romania and Bulgaria during the Obama administration in exchange for the withdrawal of nuclear-capable Iskander missiles from Russia’s Kaliningrad enclave on the Baltic Sea.

Intent on leaving a legacy as the defender of a great people, Putin will need to extol a peace agreement to his public as the restoration of Russian power and pride. Washington and its NATO allies should allow him that narcissistic riff. With any luck, Russia’s future relations with the West will be led by politicians for whom national prestige will be defined by their contribution to the stability of a rules-based system of international relations.

Hugh De Santis was responsible for NATO and arms control on the Policy Planning Staff of Secretary of State George Shultz. He later directed the European Security Project at Carnegie Endowment and chaired the Department of National Security Strategy at the National War College.