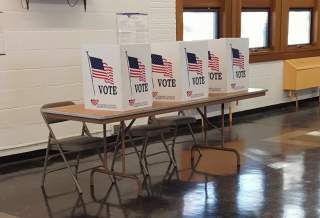 This widely held view is odd. Democracy is not a poem or a painting. Democracy is a political system. It is a method for deciding how and when an institution claiming a monopoly on legitimate violence will flex its muscles. Government is supposed to protect the peace, provide public goods and advance justice. It’s not in the first instance an institution intended to boost, maintain or regulate our self-esteem.

Political theorist and British MP Auberon Herbert said, “The instinct of worship is still so strong upon us that, having nearly worn out our capacity for treating kings and such kind of persons as sacred, we are ready to invest a majority of our own selves with the same kind of reverence.” In feudal times, we regarded the king, in virtue of holding power, as possessing a kind of majesty. In a democracy, we instead imagine every voter, in virtue of sharing what was the king’s power, as possessing that same majesty. But there’s no obvious reason why we should think that way.

Instead of viewing a president or prime minister as majestic, we could just regard her as the chief public-goods administrator. Instead of viewing the right to vote as signaling that a person is an equal and valued member of society, we could regard it as possessing no more status than a plumbing or hairdressing license. Or instead of considering that such rights signify membership in the national club, people could just regard these rights as licenses—no different from driving, hairdressing or plumbing licenses.

Here’s the dilemma: suppose epistocracy tends to perform better—to produce better, more just, more efficient outcomes—than democracy. We could conclude that, nevertheless, epistocracy “expresses” contempt, and so have deal with suboptimal government in order to protect people’s feelings. Or we could conclude that treating the right to vote as a badge of dignity is silly, and instead pick the system that works better.

The Injustice of Incompetent Government

Democracies do not just choose mundane things like flag colors or national anthems. They decide matters of peace and war, prosperity and poverty, growth or stagnation.

When a democratic majority picks a policy, this is not akin to you picking a sandwich from a menu. When the majority chooses, it chooses not only for itself, but for dissenting voters, children, foreigners, nonvoters and others who have no choice but to bear the consequences.

Ample empirical research shows that voters are systematically ignorant, misinformed and irrational. That’s not just a bad thing. It might be an injustice.

If we knew a jury behaved that way, we’d demand a retrial. The defendant’s property, welfare, liberty and possibly life are at stake. The jury owes the defendant and the rest of us to take proper care in making its decision. It should decide competently and in good faith.

This line of reasoning applies even more strongly to the electorate as a whole. Political decisions are high stakes. The outcomes—including all ensuing laws, regulations, taxes, budget expenditures, wars, and so on—are imposed upon us involuntarily. These decisions can and so harm us, and can and do deprive many of us of property, liberty and even life. At first glance, we should think that voters, like jurors, have a moral obligation to vote in a competent and morally reasonable way. But when we look at actual voter behavior, it seems like they systematically violate this obligation.

In a democracy, every citizen receives an equal basic share of political power. It’s a small share indeed. In an epistocracy, some citizens have greater voting power than others. Each individual citizen at most receives only small share. What makes epistocracy different—and why it might perform better—is that it reduces the power of the least informed.

Democracy tends to prevent citizens from dominating one another because it spreads out power widely. But this requires that literally every citizen have equal power. An epistocracy could produce the same results so long as it avoids concentrating power in just a few hands.

Don’t confuse epistocracy with technocracy. When people talk about technocracy, what they usually have in mind is a cadre of experts who use government to manage the citizens and engage in massive social engineering projects. Technocracy is not so much about who rules but about how they rule and what they do. Many democrats advocate technocracy, and an epistocrat can reject it.

Restricted Suffrage: Citizens may acquire the legal right to vote and run for office only if they pass a test of basic political knowledge.

Plural Voting: As in a democracy, every citizen has a vote. However, some citizens, such those who who pass a test of basic knowledge, or who meet some other criteria correlated with political competence, can acquire additional votes.

Epistocratic Veto: Just as in a democracy, all laws are passed by a democratic legislature elected through universal suffrage. However, an epistocratic body with restricted membership retains the right to veto rules passed by the democratic legislature. Just as judges can veto legislation for being unconstitutional, so, perhaps, a board of economic advisors might have the right to veto legislation (such as protectionist policies) that violate basic economic principles.

Weighted Voting: During the election, every citizen may vote, but must at the same time take a quiz concerning basic political knowledge. Their votes are weighted based on their objective political knowledge, all while statistically controlling for the influence of race, income, sex and/or other demographic factors. With such data (which will be made public), any statistician can then calculate or estimate, with a high degree of certainty, what the public would want if only it were informed. The epistocracy does what the informed public would want, rather than what the uninformed public in fact wants.

The big question, of course, is what counts, and who decides, political competence or basic political knowledge. I’m less troubled by this question than many. We could just use the type of questions we’ve been using on the American National Election Studies. We could use the questions we’ve been using on the American citizenship exam. These are easy, objective, easily verified questions, but we have good grounds to think that the capacity to answer them is correlated with the kind of social scientific knowledge that really matters.

One somewhat paradoxical-sounding, but surprisingly reasonable, idea is that we could use democratic procedures to choose a public definition of political competence, which we in turn use to selected epistocratic voters. For instance, imagine that to vote for president, one must pass a “voter qualifying exam,” but then imagine that this exam itself was selected through a democratic vote. This may seem strange—if democracies are competent to choose a legal definition of competence, why aren’t they also competent to choose a president? But there are two reasons why this is less paradoxical than it sounds. First, the problem with democracy is not that citizens fail to understand, in the abstract, what counts as a good president. Rather, they have good abstract standards, but they are bad at applying their standards, at selecting a person who meets them. Second, the question “What counts as political competence?” is a much easier question than, say, “Should we have free trade or protectionism?” The latter question requires social scientific knowledge most voters lack, but the former question does not.

Governments are like hammers, not poems. The point of a government is to produce good outcomes. Democracy has had a good run. But it has an endemic design flaw. It’s time to experiment with a new system, to see if we can improve upon the design.