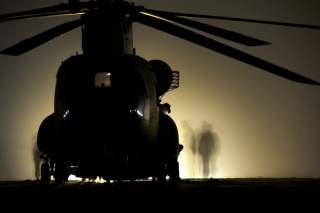 The September 11, 2012 attacks on U.S. diplomatic facilities in Benghazi, Libya were, according to U.S. law enforcement and intelligence sources, designed and led by Ahmed Abu Khattala, a Libyan jihadist. Recently, Khattala was captured by U.S. special-operations forces and transported to a U.S. Navy ship in the Mediterranean for debriefing, presumably by intelligence community (CIA and FBI) interrogators. Khattala was then transferred to FBI custody from military detention, even though he remained on the U.S. Navy ship for transit. He was flown off the ship and transported to the United States to answer a June 26, 2014 federal criminal indictment, alleging a single count of conspiracy to provide material support to terrorism. He remains in pretrial criminal detention after his initial appearance before a U.S. magistrate in the U.S. District Court for the District of Columbia on June 28.

Given the intensity of the political squabbling over how the Obama administration handled the Benghazi incident, there has been surprisingly little attention paid to Khattala’s arrest and detention. There has been unsurprising, yet irresponsible, insistence from some quarters that he be sent to Guantanamo Bay for extended detention as an unlawful enemy belligerent. The usual suspects have expressed concern that Khattala was turned over to law enforcement too quickly, allowing insufficient time to extract all the valuable intelligence he may have had to offer. Absent compelling evidence otherwise, we’re prepared to trust the judgment of intelligence professionals over grandstanding politicians on that score.

Our concern is the opposite one: that the intelligence interrogation may have violated Khattala’s due process rights, thus tainting the upcoming criminal trial. It is a longstanding principle of American law that the government may not use evidence gathered in violation of the United States Constitution against defendants in criminal cases. The Exclusionary Rule denies authorities the ability to use “evidence gained from an unreasonable search or seizure in violation of the Fourth Amendment . . . improperly elicited self-incriminatory statements gathered in violation of the Fifth Amendment, [or] evidence gained in situations where the government violated defendants’ Sixth Amendment Right to Counsel.”

Nearly a century ago, the Supreme Court extended this principle with the Fruit of the Poisonous Tree doctrine, which renders evidence gathered as a result of bad conduct inadmissible in court. Since even if the direct evidence from an unlawful search or involuntary confession were excluded, investigators informed by that unlawfully obtained information would have a much easier time building a case, that evidence is usually considered tainted and inadmissible.

Yet Khattala’s handling follows a recent pattern of similar detentions. Ahmed Abdulkadir Warsame of Somalia was captured in April 2011 and interrogated shipboard for about two months before being offered a rights advisement. He later pled guilty in federal court and is awaiting sentencing. Sulaiman Abu Ghaith, a relative of Osama bin Laden, was detained in Jordan in 2013 and handed over to the FBI for transit to the United States, where he was convicted by a federal jury. Ghaith may have been interrogated by FBI and CIA personnel while in Turkish custody, prior to his arrest in Jordan and his subsequent rights advisement on the flight to the United States for judicial proceedings. In both cases, Miranda warnings were issued only after the intelligence community had conducted tactical interrogations designed to glean time-sensitive, perishable information that could be processed and analyzed for intelligence value.

Even those passingly familiar with American cop shows know that Miranda warning rights attach the moment that law enforcement agents intend to question a suspect in their custody, post-arrest. Whether it was Lennie with a witty quip just before delivering Miranda warnings as he lowered a perp’s head into a squad car on Law and Order, or Andy Sipowicz growling rights advisements with disgust through clenched teeth as he unlawfully pummels a suspect after a collar, everyone is familiar with “You have the right to remain silent . . .” The rights advisement, which became standard law-enforcement practice after the U.S. Supreme Court issued Miranda in 1965, is intended to preserve suspects’ statements for admission into court by removing the taint of coerced confessions and infringements on the right against self-incrimination. In theory, after the rights advisement is delivered, a criminal suspect is on notice of his rights, and any statement he gives thereafter, in the absence of evidence of coercion or other interference with procedural rights, can be admitted in court as an admission. The right is so well established that it is etched permanently into American popular culture.

So why do these rights not attach the moment a terrorism suspect is detained, when he is ultimately haled before a U.S. court, the same as any other extraterritorial offender—like a bank fraud indictee arrested in the United Kingdom and extradited for trial, or a drug lord captured in Mexico and transported to the United States for trial?

Historically, they have. The FBI treated the defendants in the 1993 World Trade Center bombing case as pure criminal defendants. The Bush administration came somewhat close to the current approach in 2002 when it classified Jose Padilla—a U.S. citizen—as an enemy combatant under the Authorization to Use Military Force, claiming he was “closely associated with Al Qaeda” and had engaged in “war-like acts.” Rather than enjoying the full range of constitutional protections, he was questioned by intelligence community interrogators without Miranda warnings, and held in military brigs—rather than transported to Guantanamo. Eventually, he was “shifted” over to the criminal justice system where he was convicted of conspiracy and sentenced to seventeen years confinement at Supermax in Colorado. It’s likely, but not documented, that they used “clean teams” to question him and avoid tainting the evidence.

The construct employed by this administration is the erection of an imaginary, impermeable barrier between intelligence interrogation and law enforcement questioning for prosecution. This approach takes advantage of legal authority in the law of armed conflict to conduct post-capture tactical questioning and interrogation. Once the intelligence value of a detainee is thought to be mostly or completely exhausted, custody is transferred from the High Value Detainee interrogation team conducting law-of-armed-conflict interrogation to a criminal interrogation team, who then advise the detainee of his rights and attempt to question him. Some detainees will continue to talk, and some will take heed of the rights advisement. By design, none of the information in the “Stage 1” intelligence interrogation is used in court, nor is it shared with the law-enforcement team that conducts the prosecutorial interrogation. So long as the government can establish the sanctity and integrity of the wall separating the two processes, so the intelligence interrogation (with no Miranda warnings) does not taint the Mirandized interrogation process, which can yield confessions and statements against interest, there is no Miranda/self-incrimination issue. The statements taken post–Miranda warning are admissible as evidence of guilt. No federal court has yet held otherwise.

On principle, should American courts indulge the artifice of the “two stage” interrogation? Has Miranda matured as a civil right in the American legal system that the courts should look very dimly at government efforts to limit or marginalize this important personal civil right by artificially dividing its interrogations by the purpose for which each interrogation is conducted? What about the subjective expectations of the individual being questioned? Is it not reasonable for him either not to understand the Miranda warnings at all, or to miss their importance in dividing the interrogations into separate stages? Might the interrogee assume that since he was giving statements at Stage 1 (the intelligence interrogation), that he has no reason not to continue talking at Stage 2 (the criminal interrogation)? And if that is true, does that not chip away at the sanctity of the civil right represented by Miranda that Americans enjoy? By employing such sleight of hand for captured alleged terrorists’ interrogations, are we not undermining our own values represented by the protections engrafted onto our criminal justice system?

Existing judicial precedents provide some guidance. Neither the Exclusionary Rule nor its Fruit of the Poisonous Tree corollary are absolute. Among the situations in which evidence will not be excluded are if it was discovered from a source independent of the illegal activity or if there is attenuation between the illegal activity and the discovery of the evidence. The Obama administration would doubtless argue that the wall between the two stages of interrogation meets one or more of these exceptions. But, given the vagaries of highly classified proceedings, it would be next to impossible for Khattala’s attorneys to discover, much less prove, illicit collaboration between the intelligence and prosecution teams.