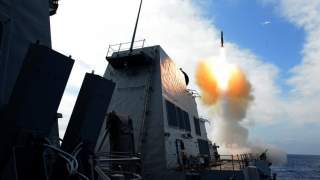 A lot has been written in The National Interest and elsewhere concerning China’s growing military capabilities.

In the U.S. defense community, this discussion has centered on the Air-Sea Battle operational concept (ASB). It is designed to allow the U.S. military to gain access to littoral waters in the face of China’s anti-access/area denial doctrine. This month’s skirmishes in the South China Sea offer further proof that ASB is growing increasingly irrelevant and possibly dangerous, though not in the ways imagined by its most ardent critics.

As I’ve discussed on these pages before, the problem with ASB (and its main competitors) is that they are only designed for high-level conflict, and thus can only be implemented if the U.S. and China move from a state of tense peace to a state of total war. In other words, unless China takes a brazenly provocative action such as invading Taiwan or parts of Japan, ASB is more or less useless. No U.S. president is going to order the U.S. military to take the extremely provocative actions that ASB would require because of, say, recent actions by China setting up an oil rig in waters that it disputes with Vietnam.

Moreover, China’s salami-slicing tactics appear to be working. It has already gained control over Scarborough Shoal from the Philippines, and appears poised to do the same in the Second Thomas Shoal. Its claims to waters around the Paracel Islands are now strengthening further out from Hainan Island with Beijing’s recent oil-rig gambit in South China Sea, and its routine patrols of the Senkaku/Diaoyu Islands are now an accepted fact on the ground.

As long as these salami-slicing tactics continue to yield results, it seems unimaginable that Beijing will resort to the brazen actions that would reasonably trigger an ASB response from Washington. Thus, for ASB to regain a sense of relevance, the United States and its allies must first find an answer to Beijing’s salami-slicing tactics. Put differently: until China finds it cannot achieve its goals through salami slicing, it will not resort to the higher spectrum conflict that ASB was designed to deter or defeat.

This is more than a doctrinal debate for the U.S. military and its allies—it goes to the heart of procurement and force structure. Currently, all signs (and senior leaders’ public comments) suggest that the U.S. military is sacrificing quantity for quality. It is accepting a smaller force—in terms of personnel and platforms—in order to retain a highly capable force—in terms of training, readiness and modernization.

This is perfectly understandable for a force built to implement ASB. This will require long-range and highly capable platforms that can operate in contested environments such as China’s littoral waters during wartime. It is also the exact opposite of the kind of force needed to counter China’s salami-slicing tactics.

To overcome the latter, one needs an abundance of platforms in order to maintain a larger presence throughout the massive waters of the South and East China Seas. These capabilities don’t need to be especially high-end since China relies heavily on Coast Guard and other civilian vessels in implementing its salami-slicing strategy. But they do need to be in the areas that China is contesting, preferably beforehand to deter Beijing from trying to contest them in the first place.

In other words, overcoming China’s A2/AD doctrine through ASB or its competitors requires fielding the exact opposite kind of military needed to challenge its salami-slicing strategy. U.S. defense doctrine is prioritizing the former, which is leaving it unable to deal with the latter. Yet, until China fails to achieve its goals through the latter, the U.S. capabilities for overcoming China’s A2/AD doctrine will be irrelevant. However, once the United States and its allies find a way to counter China’s salami-slicing tactics, Beijing may choose to take the more provocative kinds of actions that ASB and its competitors are meant to deter or defeat.

Thus, the central challenge the United States and its allies face militarily in Asia is finding a way to defeat China’s salami-slicing tactics without sacrificing their ability to deter or defeat higher-end provocations. There seems to be two possible ways to meet what is admittedly a tall task.

The first way is to more efficiently allocate U.S. and allied resources and objectives. Specifically, U.S. regional allies could concentrate on collectively defending against China’s salami-slicing tactics, while the U.S. military would prioritize deterring and defeating high-end provocations through ASB or one of its competitors. This is the more preferable option of the two, partially because it effectively deals with the twin challenges China’s military rise poses, but also because it limits the risk that two nuclear-armed powers—the United States and China—will directly come to blows over China’s more frequent low-level provocations.

Implementing this strategy, however, would almost certainly require a more organized collective-defense mechanism in Asia in the mold of NATO or at the very least the Gulf Cooperation Council (GCC), which most observers have (prematurely, in my view) dismissed as unrealistic given political realities in Asia. This strategy would also require that the United States stop encouraging regional allies to invest in high-end defense platforms like the F-35, and start pushing them to procure greater quantities of lower-end platforms. The United States could facilitate this latter task by gifting the platforms it is retiring early to crucial Asian allies to help compensate for small procurement budgets.

If the United States fails to more efficiently manage resources and objectives among its Asian allies, then it will be required to deter or defeat both China’s low-end and high-end provocations. The most optimal way of achieving this would be fielding a force that is both large and highly capable. Unfortunately, the budget situation in the United States appears to preclude such a strategy.

Therefore, Washington will have to find a way to acquire a force large enough to deter and defeat China’s salami-slicing strategy, while still being able to deter China’s potential high-end provocations. The most (only?) plausible way to accomplish this would be to build a larger, less capable conventional force in order to deal with China’s salami-slicing tactics, while using its nuclear arsenal to deter Beijing from taking more provocative actions like invading Taiwan or parts of Japan.

Such a strategy would be extremely unappealing but not unprecedented. As MIT University’s Francis Gavin has illustrated brilliantly, during most of the Cold War, the United States and its NATO allies could not find a plausible way to defeat a Soviet invasion of Western Europe through conventional means alone. Although most Cold War presidents came into office determined to reduce the military’s reliance on nuclear weapons—epitomized through phrases like “flexible response”—the reality was that in the event of a full-scale war in Europe, the United States and its allies would have had to turn to nuclear weapons relatively early.

It’s far from certain that replicating this strategy would work in Asia. To begin with, it’s not clear that the strategy was truly effective in deterring a Soviet invasion of Western Europe, or whether conquering all of Europe was just not very high on the Soviet Union’s to-do list.

The greatest uncertainty, however, comes from the different landscapes of Europe and Asia. Specifically, Europe is a land theatre and the principal threat during the Cold War was a Soviet land invasion of Western Europe. Asia is a maritime theatre, which may complicate the credibility of a U.S. pledge to use nuclear weapons in the event of a full-scale war. If the U.S. pledge to use nuclear weapons lacked credibility, it’s likely that regional states would seek an independent nuclear arsenal. This is particularly true among states with extremely advanced civilian nuclear programs like Japan. These are difficult issues to grapple with indeed. However, time will not make them any simpler. Thus, the most dangerous course of action would be to continue on the current course of pretending that China’s salami-slicing tactics are irrelevant for U.S. military planning.

Zachary Keck is Associate Editor of The Diplomat where he authors The Pacific Realist blog. You can find him on Twitter: @ZacharyKeck.