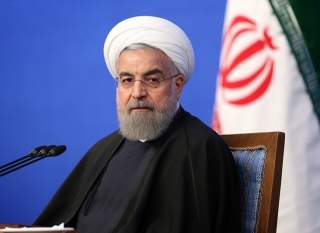 President Bashar al-Assad has emerged victorious in the battle for Aleppo, after five years of fighting, killings and widespread destruction. It is the greatest victory for the government, and severest blow to the rebels, in the bloody civil war so far. Many commentators view the quick collapse of eastern Aleppo as the end of a long drawn out revolutionary episode unleashed by the Arab Spring, a disgraceful defeat of the prodemocracy forces and their regional and extraregional supporters. The meaning and significance of the rebels’ elimination, in fact, go much deeper than that, and may be the prelude to a new Middle East regional order.

The quick fall of Aleppo into government hands raises a series of questions. First off, the Syrian prodemocracy movement, like its counterparts in Tunisia, Libya or Egypt, has been depicted as a fight between a brutal, unpopular autocratic regime and democratic forces. Certainly, the Assad government is an authoritarian regime, but there are doubts that all Syrian people view it that way. As recently as December 12, instead of rising up against the regime offensive in eastern Aleppo, people in western Aleppo burst into street celebrations at the news that the rebels were on the verge of total defeat and the liberation of eastern Aleppo was imminent. That President Assad enjoys significant popular support can hardly be denied, whatever the Western and pro-Western media may say.

Secondly, anti-government rebel groups portend no hope for a future democratic Syria; any democratic hope is a sham hope for the Syrians. There is great confusion about the patterns of political alignment and realignment in the war. Though initially branded a democratic revolution, and subsequently rebranded a humanitarian case, the different rebel groups hardly uphold democratic values and ideals. The Al Qaeda–linked Jabhat al-Nusra, which has recently changed its name to Jabhat Fatah al-Sham to mark its parting from the parent organization, is clearly not a group fighting for democracy in Syria. The Syrian Muslim Brotherhood fighters, backed by Qatar and Turkey, are not definitively inspired by Western democratic ideals either. And the Islamic State, with territorial control over the two provinces of Raqqa and Deir al-Zour, is against Western democracy in its convictions and practices. Thirdly, more confusion shrouds the nature of the rebels’ regional supporters who are, by all means, authoritarian, hereditary regimes and often accused of violating basic human rights. Their much-publicized financial, military and diplomatic support for the so-called democratic forces in Syria, but not in Bahrain or Yemen, is simply a political shell game. Turkey, a major regional stakeholder in Syria, is also gradually taking a slide down the authoritarian road, a process set in motion after the July 15 military coup against President Erdoğan.

No less ironic is the American and European role in Syria. The Obama administration has beefed up efforts, in coordination with Iran, to degrade, if not totally eliminate, Islamic State fighters in Iraq; it has also sought to dismantle the Iran- and Russia-supported Assad government, which is fighting against the same Islamic State and other radical Islamic groups, including Jabhat Fatah al-Sham. Many a commentator keeps wondering why and how the radical Islamic forces in Iraq are America’s enemies, while the same forces in Syria are simultaneously America’s allies. That is not the end of the story. In Libya, in the run up to topple the Qaddafi government in 2011, the United States and NATO worked hand-in-glove with the now-defunct Libyan Islamic Fighting Group, an Al Qaeda–affiliated organization that the United States had listed as a terrorist outfit in 2004 but that was delisted by the State Department in 2012.

America has an unsavory record of working with nondemocratic, radical forces while posing itself as a democratic behemoth to the gullible worldwide. The French far-right leader Marine Le Pen, addressing the European Parliament in early October, further exposed this ugly side of the West by accusing the European Union of throwing Syria into total chaos. She asserted: “You’ve done everything to bring down the government of Syria, throwing the country into a terrible civil war.” The West bluntly charges Syria and its allies Iran and Russia with violations of human rights and war crimes, which are largely true, while forgetting its own complicity in the crimes against the Syrians.

In reality, rhetoric about democracy or humanitarian causes in Syria is a cover-up for geopolitical interests, a struggle for power and influence by various mutually hostile parties in the wider Middle Eastern context. This is by an old game of realpolitik that has been playing out since the end of World War I. In Syria, the game assumed a tragic dimension because of its strategic location and significance as an inevitable part of two proposed competing oil and gas pipeline routes from the Persian Gulf to the Mediterranean to supply cheap gas to European markets. In that sense, the Syrian war is seen by many as a gas pipeline war, with roots going down to the first oil war over Kuwait in 1990–91, and the second over Iraq in 2003–11.

The Gulf rivals (Iran versus Qatar and Saudi Arabia) drew up their respective supply route plans in the early 2000s, to capture a share in the European oil and gas markets, currently dominated by Russia. The proposed Qatar-Turkey gas pipeline route, first floated in 2000 and backed by the United States, would run from Qatar to Turkey via Saudi Arabia, Jordan and Syria. Gas from the South Pars/North Dome gas field in the Persian Gulf, jointly owned by Iran and Qatar, would flow through the pipeline and provide Europe with cheap fuels. The Qatari pipeline proposal posed direct threats to both Iranian and Russian interests. Iran, reeling under international sanctions until recently, saw it as a Qatari plan to exploit and profit disproportionately from the joint gas field and further contain the Iranians, an objective that Saudi Arabia has been seeking wholeheartedly for a long time. Russia viewed it as an existential threat, a Gulf Arab and American plot to deprive it of revenues generated through oil and gas supplies to Europe, weaken its economy, and isolate it from the Middle East. To counter the Qatar-Turkey pipeline, Iran, with Russian backing, proposed an alternative pipeline, connecting Iran’s side of the gas field to Lebanon’s seaports on the Mediterranean through Iraq and Syria. The Iranian pipeline proposal was soon rejected by opponents, since it would enrich Iran, increase Tehran’s influence in Europe and the Middle East, and strengthen its ally Hezbollah, which Israel considers a serious threat to its security and survival.

In 2009, President Bashar al-Assad, an ally of both Iran and Russia, refused to sign the Qatar-Turkey gas pipeline agreement and enraged both Doha and Ankara by clearly siding with Russia. He decided not to allow this gas pipeline to run through Syria, “to protect the interests of our Russian ally.” But neither Qatar and Turkey nor Europe and America gave up hope of constructing the gas pipeline someday. The opportune moment for them, it seems, arrived with the outbreak of prodemocracy protest movements in Syria in March 2011. Gulf Arab states, Turkey, Europe and America soon sided with the anti-Assad forces, while Iran and Russia chose to prop up the Assad government, all parties being driven by their pipeline-centric geopolitical interests, among other factors.

In the last five years, the conflict between the two rival groups remained almost deadlocked, but the fall of Aleppo to the Iran-Russia-Syria alliance has opened the door for significant strategic change in the whole Middle East region.

The Aleppo victory gives the Iran-Russia-Syria alliance an upper hand in regional affairs for the first time and probably for the foreseeable future. The Syrian Civil War is all but over, with the Assad government currently controlling major urban areas and some 80 percent of the total population. The rebels may continue their feeble presence in the rural areas and create the occasional nuisance, but their hopes of capturing power in Damascus are dashed for good. The Assad government, democratic or not, has won the day. Neither Russia nor Iran would be willing to loosen their military control to allow the rebels to mount offensives on the government and spoil their hard-fought victory.

From a strategic viewpoint, Assad’s victory effectively nullifies the planned construction of the Qatar-Turkey gas pipeline to sell Gulf gas in European markets and marginalize Russian influence. That means Europe must live with a resurgent Russia until reliable alternative sources of oil and gas are found, often allowing Moscow to use due or undue economic and political leverages.

The Aleppo victory may also be a mythbuster. The belief that the U.S. role in the Middle East is unchallengeable is now shattered. Iran and Russia are the victors at the moment. If strategic solidarity between Moscow and Tehran continues to consolidate as a common front against the United States, which seems very likely in view of their close military cooperation and morale-boosting triumph in Syria, they are set to shape the course of future developments in the region. The post-1979 regional balance of power that the United States has so far maintained, by preserving the two anti-Iran pillars of Israel and Saudi Arabia, is about to collapse. This would be no less than a tectonic shift from a West-dominated Middle East to an Iranian- and Russian-dominated Middle East. Together with this shift may come an end to America’s policy of regime change, a policy that gained wide publicity with the overthrow of the Saddam Hussein regime in Iraq in May 2003. Iraqi- or Libyan-style regime change through force in the future has a slim possibility of succeeding, since Moscow and Tehran may refuse to let that happen, for security and strategic reasons.