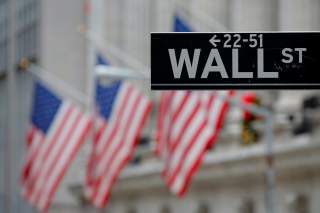 AT GEORGE Washington’s invitation, Alexander Hamilton eagerly accepted office as the nation’s first secretary of the Treasury. Though only thirty-four years old, he had long considered the severe economic and financial problems facing the country. He had corresponded actively with the few prominent financial people of the time and had some years earlier outlined the nation’s difficulties in a widely read essay, “The Constitutionalist.” Because New York was then the capital, the government had located his Treasury office on Broadway just south of Trinity Church. The building has long since gone. When he first entered it on September 11, 1789, he had already begun his official work. The Saturday before he had arranged an emergency $50,000 loan for the federal government from the Bank of New York, one of the few in the country at the time and one that he had helped organize. That was no small amount either, even though such numbers today rate as petty cash in Washington.

Though Hamilton had clearly thought matters through, he used his small staff to clarify the details. He determined that the new government faced a debt burden of some $50 million. A tiny number by today’s standards—where billions and even trillions prevail in matters of government finance. But in the late-eighteenth century, this was a crippling sum. It exceeded federal revenues for that year by a factor of more than three hundred. Alone, the 6 percent rate of interest connected to most of the debt exceeded the entire sum of federal revenues expected for that year. National income figures from 1789 are sketchy to say the least, but estimates put the debt at just under $12 for each of the country’s four million citizens. That, too, seems small, but in 1789 the average American earned about $162 a year.

OBLIGATIONS FACING the country came in all shapes and sizes. The government owed some $10 million overseas: $4.4 million to France; $1.8 million to Dutch bankers, guaranteed by France; an additional $3.6 million to those same Dutch bankers without a French guarantee; and $175,000 to the Spanish government. In addition to the 6 percent annual interest on this debt, the United States also had an obligation to pay down part of its outstanding principal each year. Domestic debt, though it also mostly carried a 6 percent rate of interest, enforced no schedule for repayment. According to most of its covenants, Congress had discretion over how much to pay back and when. These domestic obligations amounted to $40 million and consisted of some $11 million in so-called “loan certificates,” direct borrowing by Congress under the wartime government and the Articles of Confederation; $16 million in promissory notes the Army issued during the war for supply; and because the government in the past had borrowed to pay interest on existing debt, an additional $13 million in so-called “indents” or “certificates of interest.”

The Treasury staff also tallied state debts. These they estimated at some $21–25 million. Though not officially a federal obligation, Hamilton knew that they nonetheless reflected on the nation’s credit worthiness and so deserved his office’s consideration. Besides, the previous government under the Articles of Confederation had acknowledged its obligation on some state debts, those that had supported the war effort. That government had begun an audit in the early 1780s to determine where those obligations lay. Its efforts had turned up more dispute than conclusions. Virginia, for instance, had issued debt to support George Rogers Clark’s activities in Ohio but that, many contended, aimed less at fighting the British than gaining territory for Virginia. Others questioned in much the same way the obligations Massachusetts had incurred to support its military adventures in Maine. Matters were so convoluted that the audit commission took five years just to reach a compromise on the number of commissioners and was still debating when the new Constitution came into effect and Hamilton took office.

Even without considering state debts, the government faced an unsupportable predicament. At best, the addition of new taxes could gather some $2.8 million in revenues over the coming year. From this amount, the Treasury needed $600,000 to run the government, leaving a maximum of $2.2 million for debt service. The 6 percent interest on the foreign debt alone amounted to $600,000 a year. The required $489,000 in annual principal payments put the foreign obligation over $1.0 million a year. Interest on $40 million of domestic debt would then leave the Treasury $1.2 million a year short on its debt service obligation, and that ugly fact failed even to consider state debts.

What is more, the budgetary impasse only captured one of the problems facing the new government. The country’s entire system of payments had long-since collapsed. People had so lost confidence in the government’s ability to make good on $200 million in paper money issued during the war, the “continental,” that the paper was all but worthless. No one would take continentals in payment. New issuances of paper money were out of the question. Gold and silver, the medium of exchange common in Europe, were no substitute. Most of it had gone abroad to service the government’s foreign debt obligations and continued to flow abroad for that purpose. Meanwhile, the government’s poor record of debt repayment had depressed the market price of its domestic bonds to one-fifth of its original face amount. And because its value kept slipping, few stood ready to hold it for very long, rendering it a poor substitute for money and an equally poor support for commerce. By 1790, the country so lacked a medium of exchange that everyday business relied on some fifty different foreign coinages and paper, as well as some private issues.

This failure of domestic finance had hamstrung the economy. People effectively had to engage in foreign exchange transactions just to make daily purchases. Since gold and silver were scarce, writing loan contracts in either of those metals was hardly feasible. Farmers could not borrow to buy seed for planting. Wholesalers and retailers lacked credit to finance inventories. Shelves were bare, and sales suffered accordingly. Investment and development suffered especially. As these activities require longer-term commitments, lenders saw even more risk in supporting them than in loans for planting or inventories. No credit was available.

If these difficulties seemed crushing enough, Hamilton and America faced a still more fundamental economic problem. As a colony, it had prospered within Britain’s imperial system. Its output of exclusively agricultural products and raw materials had a favored place on the mother country’s markets and those of its other colonies, the rich West Indies in particular. In that system, America also had privileged access to Britain’s manufacturing might. With independence, however, America had lost all that. Britain’s system gave its empire priority when it bought and when it sold. Britain further insisted that all exports and imports travel on British ships. U.S. goods and needs came second at best, while its shipping did not count at all. France, Spain and Portugal offered no alternatives. These empires had similar imperial systems. The United States was effectively shut out of world markets, as either a seller or a buyer, except as a last resort.

Though many in the country had long since felt the economic pinch, few understood the source of pain. Having prospered with agriculture and raw materials before independence, most people expected (or hoped) that the old prosperity would return once the geopolitical situation stabilized. Confidence in the old, agrarian structure got further support from the widely read and respected writings of John Locke, a major influence on Jefferson and other Founding Fathers, who, following Locke, suspicious of commerce and saw independent farmers as the only assurance of the liberties for which the country had fought. Unusual circumstances in 1789 gave false hopes in the old system’s ultimate ability to support prosperity. Crop failures in Europe had brought scores of European buyers to U.S. markets, all carrying bills of exchange. Their buying boosted agriculture while the credit they offered substituted, at least partially, for the utter inadequacies of domestic finance. This, however, was hardly a long-term solution. The country could not rest its economic and financial future on European failure.

CONFRONTED WITH this welter of problems, Hamilton no doubt felt the temptation for an easy fix. And there was one, at least where the debt was concerned. Because the low esteem in which the world held America’s credit had depressed the debt’s market value to only 20 percent of the original face amount, Hamilton could easily have floated a loan to buy it all back cheaply, all $50 million, in fact, for only $10 million or less. If he were less responsible and farsighted, he might well have gone this route. He could then retire the old debt and declare the problem solved. With only modest tax increases, federal revenues could have serviced the $10 million loan involved in such a maneuver, even if it carried interest rates of 7 or 8 percent. Though his triumph would have occurred by bilking the debt holders of the contracted amount, it would, in purely financial terms, have been quite a coup. He could have made himself look very good, a clever man of finance.