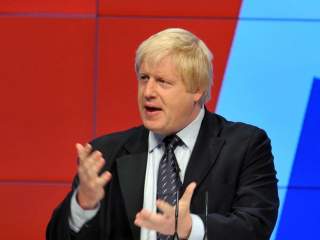 The decision to apply for EEC membership was made easier on Macmillan by the fact that, not only would it benefit constituents within his own party, but it would also put the opposition Labour Party on the back foot. Ensconced in a thirteen-year “wilderness” period (1951–64) characterized by left-wing infighting, Labour in the early 1960s was torn between traditionalists who thought that the EEC was nothing more than a “businessman’s club” and modernizers who saw some advantage in European supranationalism. Most importantly from Macmillan’s perspective, Hugh Gaitskell, the then Labour leader (1955–63) with a solid reputation for centrism, found himself at odds with his party’s modernizers on the European question.

The political opportunity was not lost on Macmillan. Whereas his government and the majority of backbench Conservative MPs were more-or-less united in their appreciation of the economic case for Europe, Macmillan knew that the prospect of EEC membership would become a “wedge issue” for Labour—laying bare the party’s internal divisions and, even better, isolating Gaitskell from his usual base of supporters within the fractured party. Making Europe an electoral issue would draw a helpful contrast between the Labour regulars’ insular and outdated vision of Fortress Britain and the image that Macmillan wanted for the Conservatives: a modern, internationalist and progressive party unafraid to take bold steps to improve the lot of the country.

Of course, it is possible to overstate the partisan causes of Macmillan’s decision to apply for EEC membership. Other factors, including geopolitical considerations, were at play. The United States was a keen advocate of Britain’s full participation in Europe, with American leaders concerned that rival trading blocs on the continent would damage the unity of the Western alliance. And given the overall context of the Cold War, such concerns were taken seriously in Whitehall. In time, Washington’s prodding helped Macmillan recognize that placing Britain at the heart of the EEC would make geopolitical sense as well as economic sense—not because Britain’s future lay in Europe per se, but because formal British influence in Europe would be necessary to keep London relevant to the playmakers in Washington.

American pressure notwithstanding, the Macmillan Doctrine, as it applied to Europe, was not so much a blueprint for pressing Britain’s interests on the world stage as it was a corollary of the prime minister’s twin desires to find new avenues to promote British trade and industry and to outflank the opposition Labour Party. Insofar as geopolitical considerations were taken into account at all, the goal was to cement the Anglo-American special relationship as the central pillar of British defense and security policy, not to replace the transatlantic alliance with a European solution. Macmillan saw Europe not so much as an answer to the question of Britain’s role in the world, but as a pragmatic response to his party’s domestic political environment. It was on this basis that he campaigned for membership in the EEC.

MACMILLAN NEVER succeeded at gaining British entry to the EEC during his premiership—his government’s application was unceremoniously vetoed by the Anglophobic French President Charles De Gaulle in 1963—and it would be a decade before Macmillan’s vision became reality under the stewardship of fellow Conservative Edward Heath. But Macmillan’s insight that domestic political advantage could be gained from European integration would not be lost on his successors—including prime ministers from both the Conservative and Labour Parties. Indeed, Macmillan’s example in this regard would orient British policy towards Europe for the next five decades and until the present day.

Nowhere is this clearer than in the record of Margaret Thatcher, despite Howe’s best efforts in 1990 to present Thatcher as the anti-Macmillan. To be sure, Thatcher’s brand of conservatism was very different from that of “Supermac.” Whereas Macmillan was a well-known pragmatist and an advocate of forging a “middle way” between right and left, Thatcher was a New Right ideologue; the conviction politician par excellence. It’s thus understandable that Howe would reach for Macmillan when seeking to portray Thatcher as out of touch with mainstream traditional conservatism.

Yet despite these real differences, the broad contours of Thatcher’s foreign and European policies were remarkably similar to those of her more moderate predecessor. The Anglo-American special relationship, for example, which Macmillan had salvaged from the depths of Suez, remained strong under Thatcher and her U.S. counterpart Ronald Reagan—the strongest it had been since Macmillan and Kennedy. Thatcher was guilty of hubris when it came to diplomacy, to be sure, but her delusions of grandeur were not boundless. She knew full well that leadership of the Free World belonged to the United States, and that Britain was a junior partner in the Anglo-Saxon firm. Still, she calculated—and not without good reason—that this arrangement was advantageous for Britain and that keeping the special relationship in good repair was an utmost priority.

Like Macmillan, then, Thatcher saw British foreign and defense policy as being best served through the Atlantic alliance. And like Macmillan, it was domestic economic considerations—not geopolitical concerns—that motivated her policies towards Europe. Today, Thatcher’s legacy in the popular imagination is as a spoiler on European issues, yet during the 1970s and for most of the 1980s it would have been absurd to suggest that Thatcher was anti-European in any meaningful way. As education secretary under Heath, she was part of the government responsible for taking Britain into the EEC. And one of Thatcher’s first acts as leader of the opposition in 1975 was to campaign in favor of Britain’s continued membership in the EEC after Labour prime minister Harold Wilson had submitted the question to a popular vote to appease the Labour left.

Indeed, the 1975 referendum campaign showcased just how much Thatcher stood to gain from investing in European integration. Whereas Wilson’s cabinet was publicly divided over the EEC, with left-wing heavyweights such as Michael Foot and Tony Benn vigorously campaigning against the official government position, Thatcher’s shadow cabinet stood united in support of remaining part of Europe. The gambit paid off handsomely: by brandishing her party’s pro-European credentials, Thatcher was able to exploit Labour’s well-worn divisions over Europe while simultaneously rallying her core base of supporters in the business community.

After becoming prime minister in 1979, Thatcher would preside over a period of noticeably deepened European integration. Aside from being good politics, this support for European economic integration was also good policy from the perspective of a New Right Conservative like Thatcher. Indeed, full membership in the EEC was a “no brainer” for any committed free trader. It should therefore have come as no surprise when, in office, Thatcher initiated a big push for the expansion and the deepening of Europe’s free-trade rules. Most notably, she signed the Single European Act of 1986, which established the goal of a truly single European market for goods and services and introduced qualified majority voting—that is, the removal of national vetoes—for decisionmaking over many European-level trade issues.

Yet if Thatcher’s support for Europe’s economic convergence was largely the product of partisan consideration, so too were her occasional anti-European stances—which became more frequent and more intense towards the end of her premiership. Thatcher’s demand for a British “rebate” on contributions made to the EEC’s budget, her opposition to a European single currency, and her public scorn for other trappings of a European superstate, for example, each served to rally Little Englanders to the Conservative flag and force her Labour detractors to appear on the side of “Johnny Foreigner” whenever they dared to criticize her defense of British sovereignty.

For a long time, in fact, Thatcher was able to use Europe as an issue to achieve two partisan goals: to curry favor among the British business community via her robust defense of free trade while still exciting the passions of Little Englanders by loudly denouncing other aspects of the European project. By 1990, the contradictions inherent in this balancing act had become too much for some within the party to bear, not least of all Howe. But there can be little doubt that Thatcher’s policies on Europe—although markedly different in tone and style from Macmillan’s—were driven by a basic political calculus that would have been eminently recognizable to the aging Earl of Stockton (the title given to Macmillan in 1984, two years before his death). For both leaders, European policy was a tool with which to strengthen the Conservative Party’s electoral fortunes and make life difficult for a Labour opposition that struggled to find unity and purpose on the issue. In this sense, at least, there is significant continuity in how both viewed Europe in the context of British politics and policymaking.

THE PROBUSINESS case for Europe has served as the bedrock of Conservative support for European integration since the late 1950s and early 1960s through to the present day. While a significant number of Tories still chafe at the loss of sovereignty implied by supranational cooperation at the European level, the party’s deep-seated vested interest in promoting free trade—itself a product of the party’s key constituencies of electoral support—tends to prevail when it comes to setting actual policy. All in all, Tory-led Britain has had a loveless marriage with Europe, but it has been a marriage nonetheless: a long-term commitment borne out of material self-interest and a desire for economic security.