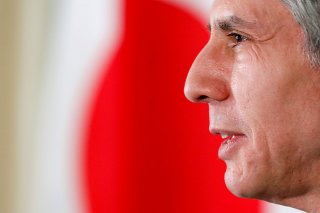 Spare a moment to consider the frustration of Chinese officials handicapping U.S. election results and policies. Like much of the rest of the 2016 world, China expected another Clinton administration after the relatively accommodative Obama administration. They were not alone. Washington lore held that Japan was the only nation with any preparation at all for a Trump victory. Japan became a “first mover” with Prime Minister Shinzo Abe visiting New York bearing a gold golf club gift. Many think Japan, and particularly Abe, enjoyed something like a special relationship as a result.

President-elect Donald Trump’s acceptance of a call from Taiwan’s President Tsai Ing-wen and the intramural struggles of new, inexperienced advisors jostling for faced time showed that, far from keeping relations stable, havoc and disruption would reign. Just as promised during the campaign. Free-traders and trade hawks joined in battle.

The 2020 election flummoxed handicappers again. Many U.S. observers assumed an incoming administration with many Obama administration veterans would result in a return to the policies of the past two decades. Perhaps the declared positions of these veterans in many journals were dismissed as pure ivory tower nattering. Competition Without Catastrophe, by Kurt Campbell and Jake Sullivan, two experts destined for key cabinet positions, was especially indicative for those paying attention.

Clarification followed quickly. The Biden administration inherited domestic crises in both health and governance and attacked on a broad front. Proving that more than one thing could be done, national security and foreign policy were quickly clarified. Bypassing the usual deliberate and tedious processes necessary to produce a formal strategy, the administration published its Interim National Security Strategic Guidance, signed by President Joe Biden, on March 3. In early paragraphs, it announced the robust return of the America that triumphed in the Cold War, and enabled the success of America’s allies and partners, without another “hot” global conflict.

“[O]ne thing is certain: we will only succeed in advancing American interests and upholding our universal values by working in common cause with our closest allies and partners, and by renewing our own enduring sources of national strength.

That begins with the revitalization of our most fundamental advantage: our democracy. I believe we are in the midst of an historic and fundamental debate about the future direction of our world. There are those who argue that, given all the challenges we face, autocracy is the best way forward. And there are those who understand that democracy is essential to meeting all the challenges of our changing world.

I firmly believe that democracy holds the key to freedom, prosperity, peace, and dignity. We must now demonstrate—with a clarity that dispels any doubt—that democracy can still deliver for our people and for people around the world. We must prove that our model isn’t a relic of history; it’s the single best way to realize the promise of our future. And, if we work together with our democratic partners, with strength and confidence, we will meet every challenge and outpace every challenger.”

Meetings quickly followed in Seoul and then Tokyo. Secretary of Defense Lloyd Austin, a retired Army general, and Secretary of State Anthony Blinken met with their counterparts, in so-called “2+2” meetings, signaling America’s renewed priority on the common vital interests it shares with its allies. Following these meetings, Secretary Austin and Vice President Harris went to India for meetings and consultations. This was a loud endorsement of the Quad, a partnership among maritime democracies.

Blinken and National Security Adviser Jake Sullivan left Tokyo for Anchorage, Alaska to meet with top Chinese diplomats Yang Jiechi and Wang Yi.  The venue was perfect. The location demonstrates America’s presence in Asia, something often neglected by those enamored of Mercator projections of the world that fail to convey Alaska’s proximity to Japan and Korea. The location also demonstrates that the United States is a real “Arctic Circle” state, with substantial sovereign territory above the Arctic Circle, command of both the Bering Sea and Bering Strait gateway to the Arctic, and Alaska’s key role in hosting much of America’s Ground-Based Interceptor (GBI) system.

The initial public meeting was newsworthy for the candid comments exchanged. They qualify as what State Department cables in days past humorously characterized as “frank and candid exchanges.” The missing word is “useful,” of course. The nation that coined the concept of “Wolf Warrior Diplomacy” was apparently offended by U.S. candor, and quickly abandoned the agreed-upon rules designed to limit intervention.

Reports indicate that the United States communicated strong positions on the interests of its allies and partners, the vital nature of the liberal democratic order, and human rights, among other issues. China accused the United States of a lack of sincerity, hypocrisy, and grandstanding. Perhaps related, China put one Canadian citizen held in China on trial and another Canadian citizen’s trial is pending.

The events in Seoul, Tokyo, Delhi, and Anchorage are but a “dot” in a long line into the future. They are not so significant in and of themselves but meaningful if part of a line into the future. This skillful work demonstrating America’s return to the bedrock principles that have served the country and the world so well in the past is overdue and welcome.