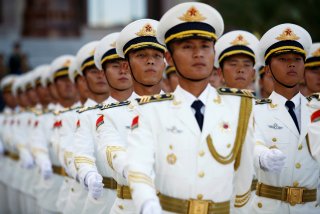 Fatigued with endless wars in Afghanistan and the Middle East, and more sanguine about the prospects for democracy promotion, Washington is gradually disengaging from Central Asia. However, the United States needs the assistance of friendly South and Central Asian states in extricating its troops from Afghanistan and maintaining regional stability once American and NATO forces have departed.

Biden’s foreign policy is likely to retain most of the features of the Trump administration’s “U.S. Strategy for Central Asia,” released in February 2020. The core policy objectives of the strategy are to support the sovereignty and independence of Central Asian states, reduce terrorist threats in the region, expand support for stability in Afghanistan, promote human rights and the rule of law, and encourage U.S. investment. Washington also seeks to limit Russian and Chinese influence in the region, contain China’s Belt and Road Initiative (BRI), encourage Uzbekistan’s reform process under President Shavkat Mirziyoyev, and enlist the Central Asian states in fighting terrorism.

The U.S. State Department touts the C5+1 format initiated by former Secretary of State John Kerry in 2015 as a mechanism for deepening political, economic and military engagement with all five Central Asian states, one which provides them a counterweight to Russian and Chinese influence. Secretary of State Anthony Blinken’s April C5+1 meeting with his Central Asian counterparts signaled Washington’s intention to remain a regional player following the September 11 withdrawal from Afghanistan.

Advocates of continued engagement with Central Asia point to business opportunities, and the need to promote regional economic development and connectivity. Existing regional programs—the International Development Finance Corporation, the CASA 1000 electricity transmission project, and the Blue Dot Network infrastructure project—look promising on paper, but these are modest proposals at best. Transparent investment processes that utilize market-oriented principles or public-private partnerships, and which bring together interested democracies such as India, Japan, and Australia, challenge China’s predatory economic policies. The debt-trap pitfalls of Beijing’s BRI are becoming increasingly apparent to vulnerable lower and middle-income countries. Central Asia’s authoritarian leaders are cognizant of their vulnerable position, and all practice some form of multi-vector diplomacy maximizing their freedom of maneuver among the great powers.

The United States faces a difficult choice of either competing with China, Russia and Iran in Central Asia or retreating from the region and conceding influence. While no major changes in Central Asian policy have been apparent during the first months of the Biden administration, the new president’s willingness to confront Beijing and Moscow over human-rights issues and democracy could increase regional tensions. Moscow appears determined to preserve and expand its regional presence through the Eurasian Economic Union, the Collective Security Treaty Organization, and the Shanghai Cooperation Organization (SCO), and will likely continue to oppose an American presence barring a radical improvement in U.S.–Russian relations. Beijing shares leadership of the SCO with Moscow, and like Russia seeks to reduce American influence along its Western border, but the Sino-Russian relationship in Central Asia is in many respects competitive. Russia has a military advantage in the region but cannot match the financial resources China is committing through the BRI, nor can the United States.

In this environment, the United States should reduce its military footprint in Central Asia. Re-establishing the military bases that operated out of Kyrgyzstan and Uzbekistan after 9/11 does not appear to be a feasible option. Central Asians have long suspected that the U.S. desires a permanent military presence in the region; leaving Afghanistan simply to set up facilities in the former Soviet republics will erode American soft power. And yet fully disengaging would open the region to destabilizing influences from Islamic extremists and would concede even more influence to Russia and China.

While the United States does not have many good options in the region, it could choose to become an “offshore balancer,” relying on Kazakhstan, Uzbekistan, and India to assume more responsibility for regional stability. Of the larger regional states, India’s goals and interests align most closely with those of the United States, and India—as a key player in Washington’s Indo-Pacific strategy—has the potential to become more important to Washington as a major regional power in Central Asia.

India has a long history with Central Asia and is committed to expanding political and economic links. New Delhi is keenly interested in stabilizing Afghanistan, countering Pakistan’s influence in that war-torn country, and competing with China’s BRI. India’s Connect Central Asia policy, targeted at economic development, security, and information and technology modernization, gained a new impetus under Prime Minister Narendra Modi. Since 2017 India has been—together with Pakistan—a full member of the SCO. And in January 2019 the first India-Central Asia Dialogue forum was held at the foreign minister-level.

In Iran, Indian firms are developing the port at Chabahar, which provides access routes to Afghanistan that bypass Pakistan. Iran claims the port is not directed against Chinese or Pakistani interests, but it’s obviously competing with Pakistan’s port at Gwadar, a key link in China’s BRI. Chabahar is the entryway to the International North-South Transport Corridor (INSTC), a 7,200-kilometer network of land and sea routes to connect India with Europe. India, Russia and Iran originated the INSTC in 2002; since then, eleven additional states in the region have joined what is clearly a transportation alternative to the BRI.

India also has a modest military footprint in Central Asia, with the small Farkhor airbase in southern Tajikistan. Over the past decade, the Indian military has conducted joint exercises with Kyrgyzstan, Kazakhstan and Uzbekistan, and has supplied equipment and provided training to Afghanistan’s armed forces. India cannot replace the United States or NATO forces in Afghanistan, but its support for the Ashraf Ghani government could help it resist advances by the Taliban and Islamic State.

The prospects for preserving American influence in Central Asia depend on formulating a successful exit strategy from Afghanistan. In Central Asia, the United States faces competition for influence from both Russia and China and has a dubious ally in Pakistan. On the positive side, the United States has an increasingly valuable security partner in India. New Delhi has an active Central Asia policy, a vested interest in stabilizing Afghanistan, and resists Chinese encroachment in the region. India is a key member of the Quad group of democracies, but it also maintains good relations with authoritarian Russia and Iran.

By working with India in Central Asia, the United States can improve the chances of stabilizing and integrating Afghanistan into the broader region. New Delhi is too protective of its sovereignty to bandwagon with the United States, but shared interests in Central Asia can provide the basis for a productive partnership. New Delhi’s close relations with Moscow and Tehran could be useful in containing Islamic extremism in Afghanistan—none of these countries wants to see the return of a Taliban caliphate or Islamic State resurgence. The U.S. should think creatively about India’s potential as an intermediary, and not reflexively oppose Indian engagement with Russia and Iran.

Obviously, foreign policy has moved to the back burner as India struggles with a massive wave of coronavirus infections. The United States should do more to help India deal with the pandemic, and then remove certain obstacles to cooperation in Central Asia. The threat of applying Countering America’s Adversaries With Sanctions on India’s purchase of Russian S-400 surface-to-air missile systems is counterproductive, and the Biden administration should grant a waiver. Secondary sanctions against India imposed by the Trump administration over oil imports from Iran should also be suspended, especially given attempts to revitalize the Joint Comprehensive Plan of Action. These measures would go a long way toward reducing Indian resentment of American diktat and would strengthen prospects for U.S.-Indian collaboration as America winds down its longest war.

Charles E. Ziegler is a professor of Political Science, University Scholar, and Director of the Grawemeyer Award for Ideas Improving World Order at the University of Louisville.