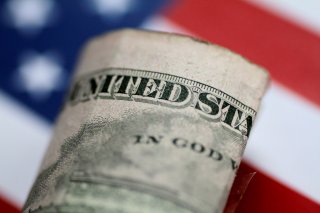 Dennis Robertson, the late-economist of Cambridge University, never tired of saying that bad economic ideas were like going to the greyhound races. If you stood still long enough, then the dogs would come around one more time.

Robertson may have been talking about bad budget deficit ideas. At a time when the U.S. budget deficit has reached a record 15 percent of GDP and the national debt has exceeded 100 percent of GDP, there seems to be a growing consensus in academic and economic policymaking circles that in today’s world of low-interest rates, budget deficits no longer matter. How quickly these experts have forgotten the country’s earlier inflationary experience with budget deficits in the 1970s.

Now that Democratic victories in the Georgia Senate races seem to have removed the political obstacles to yet another round of large-scale budget stimulus soon, it will not take more than a year or two to find out how dangerous the present loose thinking about budget deficits will have proved to be.

The primary argument that budget deficits and high public debt levels no longer matter is based on the fact that interest rates are currently at historically low levels and that the economy is quite weak. Some people theorize that if the government can borrow for a decade at an interest rate of less than 1 percent, then the government should have no difficulty in servicing that debt. Meanwhile, if unemployment is high, then there should be little reason to worry about inflation. Additionally, those folks may argue that if the government can get a return on its public infrastructure projects of more than the 1 percent at which it has borrowed, then it would be foolish for the government not to engage in those investment projects.

America’s painful experience with inflation in the 1970s should be a cautionary reminder that irresponsible budget-thinking could be taking the country down the path to higher inflation once again. America’s earlier inflationary experience should also be reminding everyone how undesirable high inflation has proven to be. High inflation interfered with the efficient functioning of the economy. It also proved to be the cruelest of taxes on the economically most vulnerable part of the population.

The main reason to fear that large budget deficits and high public debt levels would likely lead to higher inflation is that that they would make it politically difficult for the Federal Reserve to raise interest rates when the economy fully recovers. In fact, the Fed could find itself in an impossible position as full employment was reached. If it were not to raise interest rates to prevent the economy from overheating, then higher inflation would result. Yet if it were to raise interest rates, then it would be putting the government on a path to ever-increasing budget deficits and ever-rising public debt levels as the government’s interest costs would rise.

Yet another way in which large budget deficits could lead to domestic inflationary pressures would be by creating the conditions for a dollar crisis. Indeed, one must expect that foreigners will become increasingly reluctant to continue adding to their already large U.S. government dollar claims if they were to fear that the U.S. public debt would keep rising and that the Fed was not in a position to raise interest rates. The dollar depreciation that might result could add to domestic inflationary pressure by increasing demand for U.S. exports and by increasing the domestic cost of U.S. imports.

Even before the recent Senate election in Georgia, markets seem to have been signaling growing unease with the direction of U.S. budget policy in the wake of the coronavirus pandemic. Long run inflationary expectations, as measured by the difference between inflation and non-inflation linked bonds, have now risen to over 2 percent for the first time in two years. Meanwhile, since its March 2020 peak, the U.S. dollar has now depreciated by more than 12 percent.

One has to hope that Janet Yellen, Joe Biden’s nominee for Treasury Secretary, is mindful of the inflation risks associated with an overly expansive budget policy. One also has to hope that she is able to restrain Biden and a Democratically-controlled Congress from fiscal irresponsibility as it frames a budget response to the current slowing in the U.S. economy. If not, then Americans should brace themselves for a return of higher inflation during the course of Biden’s administration.