America’s Economy Is the Worst...Except for All the Rest 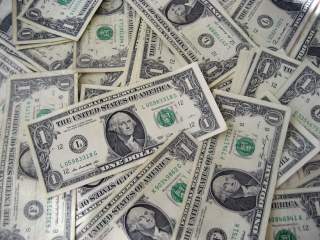 On September 28 Brazilian president Dilma Rousseff kicked off the speeches of nearly two hundred leaders who addressed the 1,898-seat auditorium at the United Nations General Assembly in New York. But the most important addresses in the last two weeks—those most substantive on an issue of global, near-term importance—were just two in number and were held not in New York but rather in Massachusetts and Wisconsin. These were the speeches delivered by Federal Reserve chair Janet Yellen at the University of Massachusetts, Amherst, on September 24 and by Chicago Federal Reserve president Charles Evans at Marquette University on September 28.

Yellen’s speech in Massachusetts followed a week after the decision by the Federal Open Market Committee not to raise interest rates from the zero bound, which itself came on the heels of a large and unexpected jolt in China’s economy. On a single day in August, China’s Shanghai Composite Index dropped 8.5 percent, the largest percentage fall since the financial crisis began in 2007. It was a reminder that economic turmoil needs no visa to cross borders.

China’s current economic problems are an aftereffect of how that country responded to the 2007-2008 global financial crisis. As economists Anat Admati and Martin Hellwig write in their thoughtful book The Bankers’ New Clothes,

"Before 2007, banking crises tended to be limited in scope, and most of them did not cross national boundaries. Contagion did not play much of a role. For example, the U.S. savings and loan (S&L) crisis was not felt in Europe. The 1992 crises in Finland and Sweden had few effects outside those countries. The Japanese crisis, which was the greatest crisis of the 1990s and may have matched the subprime crisis of the United States for the sheer magnitude of initial losses, had no serious impact on the United States and Europe. Some crises, such as the Asian banking crises of 1996–1998, did cross national boundaries because the local banks had borrowed from banks in other countries. For the most part, the cross-border effects of these crises were limited to their direct impact on foreign lenders. By contrast, the downturn of U.S. real estate and mortgage markets that began in 2006 triggered a truly global financial crisis.”

China’s response to the global financial crisis was to spend heavily on investment as a replacement for slowing exports, thereby incurring a lot of debt, especially at sub-national levels. This worked for a while, but it has since become more difficult to sustain. “A few years back, it took a dollar of debt to create every dollar of growth in China.” TIME’s Rana Foorhar notes, “Now it takes four times that.” Should economic conditions in the world’s second largest economy further sour, it is sure to impact the world’s largest economy, including how and when the Fed decides to raise interest rates.

In the press conference that followed the decision not to raise rates in September, Yellen voiced the main concern about China: “Now, we’ve long expected, as most analysts have, to see some slowing in Chinese growth over time as they rebalance their economy. And they have planned that, and I think there are no surprises there. The question is whether or not there might be a risk of a more abrupt slowdown than most analysts expect. And I think developments that we saw in financial markets in August in part reflected concerns that Chinese—there was downside risk to Chinese economic performance and perhaps concerns about the deftness with which policymakers were addressing those concerns.”

At the University of Massachusetts, Amherst, Yellen again explained this concern, saying, “recent global economic and financial developments highlight the risk that a slowdown in foreign growth might restrain U.S. economic activity somewhat further.” While the FOMC was closely following these issues, Yellen said, she was careful to emphasize that “we do not currently anticipate that the effects of these recent developments on the U.S. economy will prove to be large enough to have a significant effect on the path for policy.” While the sudden jolt in China’s economy may have led the Fed to stay its hand in September, a rate raise later this year is a different matter.

“I anticipate that it will likely be appropriate to raise the target range for the federal funds rate sometime later this year,” Yellen concluded.

Chicago Fed president Charles Evans’ speech in Wisconsin, however, poured cold water on the idea of raising rates in 2015. “Before raising rates, I would like to have more confidence than I do today that inflation is indeed beginning to head higher,” he said. Indeed, the lower-than-expected jobs numbers on Friday, along with low inflation, have already led some to think that a hike in rates is more likely in 2016 than late in 2015. But Evans went further, outlining this scenario:

“One possibility is that we begin to raise rates only to learn that we have misjudged the strength of the economy or the upward tilt in inflation. In order to put the economy back on track, we would have to cut interest rates back to zero and possibly even resort to unconventional policy tools, such as more quantitative easing.”

Such unconventional monetary policy comes with a panoply of issues; one is what it does to other countries. If the Fed keeps rates at zero (or returns them there after a brief try at higher rates), uncertainty then mounts on whether there will be more quantitative easing and when rates will be raised, both of which impact emerging markets. If, however, rates are raised, emerging markets could then face turmoil as foreign investment that flooded in during previous rounds of quantitative easing dries up.

On the first point, economists at the IMF recently studied the reaction of 21 emerging market economies to 125 monetary policy events by the United States between 2000 and 2014. They found that Fed changes during a period of ‘unconventional policy’—quantitative easing and interest rates at zero—seems to have affected capital inflows and asset prices in emerging markets more than during ‘traditional’ monetary policy periods, before the crisis, when rate fluctuations above zero were the main mechanism of monetary policy. “That spillovers seem larger during the unconventional policy phase underscores a cost of interest rates hitting zero,” the authors write.

On the second point, raising rates threatens to pull back the tide of foreign investment that has come into emerging markets in recent years—a jolt to these economies made worse by the global slowdown in commodities demand (led by a weakening China). Brazil’s export-heavy economy, for example, is expected to contract this year and the Brazilian real is hitting record lows against the dollar. The main stock market index in Brazil has fallen by a quarter since it was announced six years ago that Brazil would host the 2016 Olympics. These economic problems, as well as allegations of corruption, have hurt President Rousseff, with a recent poll finding 71 percent of Brazilians consider her administration to be “bad” or “very bad.”

The predicament of when to raise interest rates is a reminder that what the Fed does, and how it does it, is firmly embedded in global affairs. As Yellen said recently, “the Fed should not be responding to the ups and downs of the markets,” and she is right. But can the U.S. economy really prosper if the rest of the world isn’t?