America’s Presence in Syria Is Riskier Than Ever 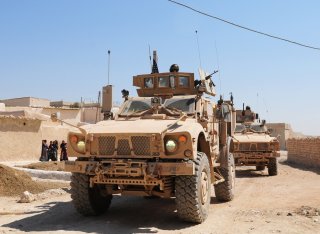 “Out with the new, in with the old” appears to be the doctrine for U.S. policy in Syria in 2023. U.S. troops are resuming operations after a pause in the wake of Turkey’s attacks on U.S.-supported Kurdish forces. This penchant for the status quo ignores the risks that have made a continued U.S. presence in Syria increasingly perilous.

Washington’s decision to support the Syrian rebels at the onset of the Syrian Civil War proved disastrous and enabled the rise of ISIS and other militant groups. The ensuing carnage then brought about further intervention, and with ISIS’ defeat, the American justification for remaining in Syria became increasingly muddled. Now, the perverse logic used to justify stationing U.S. troops in Syria is to protect those same U.S. troops. This self-sustaining cycle, in which Washington has produced a problem for every solution, has gone on long enough.

While Washington’s strategy is static, the situation is dynamic and more precarious than ever. Turkish rocket attacks on Kurdish forces have come within 130 yards of U.S. troops. Turkey views Washington’s Kurdish allies as terrorists, and the recent bombing in Istanbul raised the possibility of another Turkish ground invasion of Syria. Turkey is a NATO member and has already stalled Sweden and Finland’s NATO applications over its concerns about Kurdish militants. The United States is unlikely to gain anything from further entanglement in a conflict that has been ongoing since the 1970s. Moreover, antagonizing Turkey is likely to undermine NATO cohesion, given how seriously Ankara takes the threat of terrorism.

The American presence in Syria has likewise outlived its intended purpose. In the last weeks alone, ISIS lost its leader for the third time. Three years since the territorial defeat of ISIS, the group has been eradicated to the point that the identities of both that leader and his successor remain unknown. Washington’s Kurdish allies have stopped operations against ISIS altogether. Why should Washington be willing to risk hundreds of American troops to fight a foe that is essentially an endangered species?

Even before Turkey’s latest attacks in Syria, there were plenty of reasons to withdraw. Iranian-backed militias regularly target U.S. troops inside Syria and Iraq. The United States doesn’t have to accept this risk. These militias will continue to combat U.S. forces until they leave. Withdrawal doesn't cede the initiative or admit defeat; it acknowledges that a decade of fruitless whack-a-mole tactics has not produced dividends. Washington’s duty is to the American people, not to a mission with dubious and ill-conceived ends.

Syria is not a core interest of the United States. Indeed, Syria is on the peripheries of a region the United States has already deemphasized in its National Defense Strategy. By contrast, Syria is critical to Iran. Syria is both part of Iran’s deterrence network and religiously tied to Iran’s Shia establishment. So while the United States is the bigger player, Iran is willing to risk far more to maintain its influence in Syria. That means backing risky attacks on U.S. troops in order to pressure an American withdrawal.

Occupying Syria may seem low-cost, but it isn’t. First, while the 900 troops in Syria appear to be a small force, this masks the assets required to provide sustainment and support. The low cost also doesn’t factor in the risk of escalation with Iran, which could prove devastating to U.S. forces throughout the Persian Gulf. Tens of thousands of U.S. troops in Iraq, Kuwait, the United Arab Emirates, Saudi Arabia, and Qatar potentially lie in range of Iranian drones and ballistic missiles.

Washington continues to expend blood and treasure on a never-ending conflict, one which has disrupted the lives of millions of civilians. Perpetuating this mission may be politically easy, but it reeks of moral cowardice to avoid changing the failed pattern of the last decade. The toll of the misguided intervention in Syria goes beyond the battlefield. Mothers, fathers, and children bear the weight of endless deployments and the fear of losing their loved ones. It is time for Washington to end this heartache and bring our troops home from Syria.

Geoff LaMear is a Fellow at Defense Priorities.