America and China Hurtling Towards War? 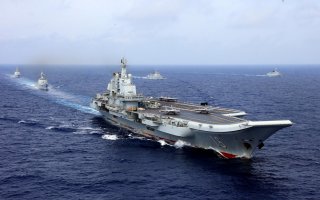 Washington appears to have decided to engage in a new cold war with China. The demand that Beijing close its consulate in Houston is the latest salvo on this front—reciprocated by China ordering the closure of the U.S. consulate in Chengdu—with every step increasing the possibility of stumbling into a military conflict between the world’s two largest economies. An immediate policy course-correction may be the only thing that can pull Washington and Beijing back from the brink.

To be clear, China has engaged in behaviors antithetical to U.S. interests in recent years. It has long been tepid on combating intellectual property theft. It has unequivocally said that it is willing to use force to solve the “Taiwan problem.” It has reversed course on promised freedoms for Hong Kong residents. Plus, Beijing’s initial attempts to hide the coronavirus facilitated the virus’s spread. But there is an effective way—and a destructive way—to deal with such issues. Washington appears to have chosen the latter.

Secretary of State Mike Pompeo was in London in July trying to “build out a coalition” against China. The intent, Pompeo said, is to “work collectively to convince the Chinese Communist Party that it is not in their best interest to engage in this kind of behavior.” Prior to this visit—and before ordering China to close its consulate in Houston—the United States had already taken inflammatory actions against China, including removing Hong Kong’s special trading status, sanctioning Chinese officials, blaming China for the fallout over the coronavirus, increasing naval activity to challenge China’s claims in the South China Sea.

In response thus far, China has increased its own military operations in the South China Sea, and their response to the shutdown of its Houston consulate was swift and predictable. Chinese Foreign Ministry spokesman Wang Wenbin said that the move to shut down their consulate was a “grave violation of the international law . . . and a deliberate attempt to undermine China-U.S. relations.” It was no shock when China closed a U.S. consulate in retaliation.

In all probability, both Washington and Beijing will continue their action/counter-action spiral. This type of deteriorating engagement is good for neither country and increases the chance of military conflict, either by accident or miscalculation. Unfortunately, it doesn’t appear there is any appetite in Washington for necessary cooling.

A considerable number of opinion-leaders and policymakers in the United States have a deep-seated belief that there will never be unintended consequences to our actions. We are so powerful, many seem to believe, that we can take whatever actions we want and there will never be a negative outcome. This notion, in vogue since the conclusion of Desert Storm in 1991 and the collapse of the USSR in 1992 does not reflect today’s reality.

China intensely studied the American way of war throughout Desert Storm. It was stung with an embarrassing loss of face in 1996 when President Bill Clinton ordered an aircraft carrier to sail directly through the Taiwan Strait to force Beijing to back down from threats to Taiwan. That began a decades’ long transformation of their entire military, how they organize to fight, their doctrine, and a dramatic modernization of the weapons of war—all expressly designed to defeat an American attack against China.

China today is no longer the rag-tag infantry-centric force that lost hundreds of thousands of soldiers to America in the Korean war, and it no longer has the antiquated military that backed down from America in 1996. Communist leaders have reformed their armed forces into a modern, lethal, and powerful military that can defend its borders against even the United States. It would be a grave mistake to underestimate China’s ability to fight the United States on its home turf.

Today, Washington is saturated with China hawks. Unfortunately, andy voices that champion keeping America strong by avoiding conflict with China are reflexively smeared as “appeasement.” I fear America may one day find out to its harm that rejecting sober diplomatic engagement, which could have extended its security and prosperity well into the future, was dismissed in favor of an unnecessary military-first tactic of coercing China.