America and the Dark Days of Social Divisiveness 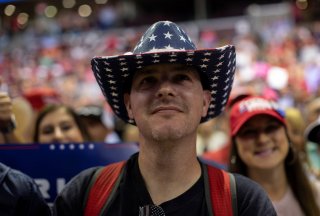 We need more nationalism, but not of the kind that involves hating others but of the kind that reminds us that we are members of one community. We need national policies on how to deal with the pandemic and the economic recovery—and national leadership. Daily news reminds us that these do not matter to the fifty states, Washington DC, and the territories can handle effectively on their own.

Just before the pandemic broke, I published a book that showed that we had too much social divisiveness, that we have added political tribalism to all the other divisions that plague us. Friendships broke up over Donald Trump. Republicans did not want their children to marry Democrats, and Democrats returned the compliment. This social divisiveness, in turn, caused much government paralysis. Thus, even though both Democrats and Republicans favored an infrastructure bill, Congress was unable to work out a compromise as to how to finance the bill. I suggested that we need to engage in nation-building, in strengthening the bonds that tie us all together. How patriotic the people of a country are is measured by how many sacrifices they are willing to make for the common good. The pandemic reveals that I vastly underestimated the extent to which we would still treat each other as if we lived in different nations and not in one union.

Headlines suggest that Americans consider it extraordinary that Oregon donated a few (140) ventilators it did not need to New York, instead of assuming that all states would of course act accordingly. It is troubling to see that we do not have a national distribution system of scarce medical equipment, in which shipments go to those states most in need—and then are reallocated when the urgent need shifts to other states. Instead, states are still vying with each other—and with FEMA—over much-needed vents, PPE (personal protective equipment), and medications, driving up the prices. The governor of Illinois has pointed out that the medical supplies the Trump administration is bringing in from China are not turned over to the states nor to FEMA—but to private companies, which make the states compete over who gets what at what price. The governor added that he used to be a businessman and sees nothing wrong with competition but—he noted with great dismay—not during a national emergency.

One reads that FEMA is sending scarce materials to states that may play a key role in Trump’s reelection and to red states, and less to blue states. This may well be one of those conspiracy theories that gain a surprising amount of public attention. They reveal how little people feel they can trust the government, a devastating fact when we need it most.

As the New York Times has reported, local authorities and “[g]overnors from Rhode Island to Texas have implemented interstate travel restrictions, including stopping some drivers coming from out of state at the border.” Examples abound. Local authorities in the Florida Keys imposed a fourteen-day quarantine on all visitors coming from New York, New Jersey or Louisiana. Connecticut, New Jersey and New York have just implemented a mandatory fourteen-day quarantine for those traveling from nine states that have above average infection rates. Violators are subject to a $2,000 fine. Hawaii has also implemented such measures, in addition to restricting inter-island travel. Not so long ago, we considered it uncouth to treat people from other nations this way.

Public health authorities point out that the differences among states mainly reflect differences in testing—that is, the states that consider themselves “healthy” and seek to shame “foreigners” who come to seek shelter are in effect about as ill as the rest. These experts point out that, anyhow, all should wear masks, from whatever states they hail. The notion at each state will develop its own testing programs, is so ludicrous, one finds it difficult to believe that this is a policy promoted by the White House.

Nine states for months had either no shelter-at-home orders or have only weak regulations or a patchwork of different rules for different communities. These states endangered us all. It is hard to put it better than the way the governor of Kentucky, Andy Beshear, put it on PBS NewsHour: “We have made sacrifices. And the coronavirus knows no boundaries, state boundaries or county boundaries. And when others don't take aggressive action, what they do is at least thwart the sacrifice of millions of Kentuckians and residents of other states that are doing what it takes to defeat this virus. And so I wouldn't ask another governor to look at me and explain it. I would ask them to look at my people, who aren't going to work, who have shut down a small business that was their dream because they want to protect each other. This is a test of our humanity, whether we will put each other's lives ahead of our own economic self-interest. I know we're passing it here in Kentucky. We need to pass it as a country.”

The virus knows no state lines. Dr. Fauci testified before Congress stating, “Because when you have an outbreak in one part of the country, even though in other parts of the country, they’re doing well, they are vulnerable. . . . We can’t just focus on those areas that are having the surge. It puts the entire country at risk.” The various state authorities have no choice but to allow travel across state lines if only to bring food, medications, and other supplies and essential services. In previous national crises, Americans rushed to help each other—across state lines. Volunteer first responders and repair crews from across the nation streamed to Louisiana after Hurricane Katrina, as did piles of dough. The same was true when hurricanes devastated other towns. Instead of each state seeking to protect its people, states that now have some empty hospital beds should invite patients from beleaguered states that are just an ambulance ride away.

I realize that it is the genius of the American political system that combines federal institutions with state and local ones. That this system allows for differences in rules and regulations that reflect differences in subcultures and moral preferences. That it enables states to experiment with new policies before we commit the nation to such a course.  One can fully accept the value of this complex and multilayered system, as long as one recognizes what might be called diversity within unity. This means that we welcome diversity in states’ approaches on many matters while simultaneously recognizing the compelling need for some other matters to receive one unified national response. Nobody seeks to take away the right of states to determine the level of assistance their people gain, which must differ just as the cost of living differs, or to set the curricula for their public schools, or to manage their local jails. However, in a crisis as severe as the one the nation now faces, the range of activities that ought to come under national guidance must be increased.

The debate over the proper balance between national guidance and local diversity started before the nation was born and never stopped. However, in the past, when we faced national challenges, for instance during World War II and the Cold War, we pulled together, though never easily. Sadly, in recent decades, the sense of national commitment, patriotism, the willingness to commit to the common good have waned, as polarization between red and blue states has increased. The fact that the current president adds to divisiveness rather than to nation-building is not helping.

Congress has shown some signs that its members recognize that we face a major national challenge. Hence, despite bitter partisanship, it was able, in the shortest time ever, to come up with the largest economic stimulus bill ever, with the Senate voting in favor of the legislation ninety-six to zero and the House passing it swiftly. Dr. Anthony Fauci, so far, has been allowed to continue to serve as not just a voice of reason but also as an assuring father figure despite the fact his reach has been limited by attacks from the right-wing.  Bidden unveiled a coronavirus plan that covers everything that experts and activists dreamed up and is indeed national rather merely relying on the states.

New York Gov. Andrew Cuomo repeatedly has given voice to the sense that we are one nation. It is worthwhile to quote at length what he stated on March 31: “Let's help one another. New York needs help now. Yesterday I asked for healthcare workers from across the country to come here because we need help. . . . And then let's all go help the next place, and then the next place, and then the next place. . . .  I know this is a political year, and everything is a political backdrop, and Democrats want to criticize Republicans, Republicans want to criticize Democrats. Not now. Not now. There are no red states, there are no blue states. The virus doesn't attack and kill red Americans or blue Americans. It attacks all Americans. And keep that in mind, because there is, there is a unifying wisdom in that.”