America and Its Allies are Unprepared for the Next Great War 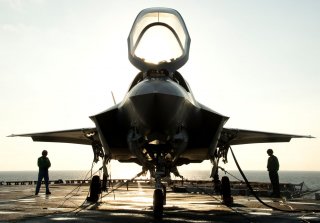 Do the Biden administration and the Democratic majority in Congress believe that America’s major competitors are willing to wait for the United States to sort out its domestic problems before ensuring the country has a military capable of defending its interests? That’s the impression one gets from following the money.

The administration has proposed a 1.7 percent increase in defense spending for 2022, which is not enough to offset inflation. Meanwhile, it’s asking for a 16 percent hike in domestic spending. That comes on top of the nearly $3 trillion in new spending pushed through since November, ostensibly to offset the costs of the coronavirus pandemic.

And there’s at least another $2 trillion up for consideration in the weeks ahead. The American Jobs Plan and American Families Plan would “gift” us with national child care, paid family leave, tuition-free college, health insurance subsidies, universal preschool, electric vehicle charging stations, electric school buses, and more . . . all to be paid for by the federal government (i.e., the U.S. taxpayer). That’s a lot of money being committed to domestic programs, but very little to address the very real external threats that could spell the end of America.

The Left loves to talk of “demilitarizing” U.S. foreign policy. Perhaps they believe that diplomatic finesse will buy the time necessary to prepare for war, should it become necessary, or that the United States and its allies will have the opportunity to replay a conflict if the first go doesn’t work out as desired.

Of course, there’s no “best two-out-of-three” when it comes to war between countries. If China and the United States were to go to war over Taiwan, for example, and China was to win, it’s unlikely Beijing would agree to give the United States time to catch its breath, regroup, and then have at it a second time. The same could be said for the United States confronting Iran if it attacked Israel or standing against Russia if it decided to cut off our Baltic allies from the rest of Europe.

You are either ready for the fight or you aren’t. And if you aren’t ready, there are no alternatives to compensate for military failure.

Contrast that with the business world. Companies rise and fall all the time, but failures have a minimal impact beyond those immediately involved. Other companies step in, out-of-work employees find new jobs, and customers take their business elsewhere. Not to make light of such things, but in the big scheme of things, the market adjusts and life goes on.

We see this in almost all areas of life: sports, churches, politicians, people suffering private losses even as they enjoy personal gains. The point here is that there are always alternatives to restart in private life and in business. Failure for one person or business doesn’t mean failure for the entire population or business sector. These losses are limited in scope, and they don’t threaten the very existence of the larger community.

It’s profoundly different when it comes to war, where an entire country, its people, and their lives and livelihoods hang in the balance. A strong military strengthens diplomacy, secures economic ties, constrains potential enemies, and enhances the wellbeing of citizens. Shortchange the military, and you accept additional risk in all of these areas.

Not to say military spending should be unrestrained. It, too, has context and bounds. Assessing how much military power is needed is a matter of identifying what your true interests are, the dangers that threaten, and what it actually takes to address those dangers. It might be that three strong men and an angry dog suffice if one’s enemy is small and weak. But against a major foe, armed with substantial military power and a willingness to use that power to achieve its own objectives, one needs quite a bit more force in numbers, modernity, and readiness.

The condition of today’s U.S. military is worrisome. It’s not that U.S. warriors lack will or skill, but most of their tools (ships, aircraft, tanks, and such) are old and deficient in numbers. Most major equipment was bought in the 1980s and 1990s. The Navy has shrunk to nearly half the size it was thirty years ago, while the Air Force’s flight time for its pilots would have made them non-deployable during the Cold War. The Army has made substantial progress with the readiness of its units, but it simply doesn’t have enough units to do all that may be asked to do. The same goes for the Marine Corps, which has opted to shrink in size to free up the money needed to develop the capabilities it will need for the next war.

None of this would be a problem if the United States wasn’t faced with significant threats, but it is. Competitors have spent the past twenty years investing in their militaries with new equipment, cutting-edge technologies, and serious force development witnessed in their training exercises and new skills.

Meanwhile, U.S. allies have allowed their militaries to wither to the point that they have little ability to help in a major crisis. For example, Britain recently announced that it will reorganize its military to favor cyber, space, and special operations, leaving it with the smallest army since 1714 and a navy that possesses a mere seventeen warships.

Near the end of the Cold War, West Germany fielded five thousand main battle tanks to check the threat from the East. Today, it has fewer than three hundred. Neither Germany nor France has the ability to sustain air operations without the support of U.S. aerial refueling or munitions inventories.

We can bemoan these circumstances, but the fact remains that, in the event of a major conflict, America would pretty much have to rely on its own military sources—and what it has to rely on is a shadow of what it had when last it faced challenges on a global scale.

Politicians who argue for limiting defense spending—already too low to support the military we need—so they can spend more on domestic priorities establish an equivalency between spending on the security of the country and spending on farm subsidies or tax incentives for alternative energy companies.

Less federal spending on a host of domestic matters can always be offset by market options where our economy, the entrepreneurial spirit of our people, and the power of local communities step in to provide alternatives.

But when it comes to the defense of the country, there are no alternatives. The U.S. military either has the size, readiness, and equipment it needs to win in war, or it doesn’t. The consequences, in either case, are extraordinary.

Dakota Wood is the senior research fellow for defense programs in The Heritage Foundation’s Center for National Defense.