For America and Russia, Deadly Perceptions Can Lead to War 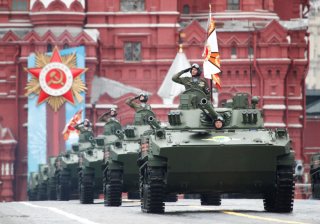 Understanding the nature of our burgeoning conflict with Russia is critical to containing its dangers. Many Americans perceive it as a clear matter of aggression, a case of a revanchist leader intent on restoring Moscow’s bygone empire, snuffing out democracy, and even evicting the United States from Europe. They are convinced that the situation cries out for deterrence rooted in Churchillian resolve. The only question is how strong our deterrent measures must be to sober up our adversary. Will the prospect of punitive sanctions be enough, or must we threaten proxy warfare or even direct combat with Russia to defend Ukraine and what we once called the “free world?”

Wars are not always the product of offensive ambitions, however. Some begin when one state’s defensive measures are perceived as threatening by another state and produce a spiral of action and reaction. Each side believes its own actions are reasonable and necessary. Each blames the other for aggression and demands respect for its security redlines. In such situations, relying solely on deterrence and punishment can reinforce the other side’s threat perceptions and fan the flames of conflict.

The starkly contrasting U.S. and Russian narratives about the looming crisis in Ukraine fit this pattern. Through the eyes of the West, NATO enlargement has been driven by local demand rather than Western recruitment, as Eastern Europeans all too familiar with Moscow’s heavy hand have sought protection inside the alliance. Russia’s insistence that NATO forswear further eastward expansion is seen as both a threat to its neighbors’ security and a destabilizing challenge to the principle that all states should be free to join defensive alliances. NATO has done nothing remotely comparable to Russia’s massing of some 100,000 combat forces near Ukrainian borders, its ongoing support for pro-Russian proxies fighting in eastern Ukraine, and its annexation of the Crimean Peninsula in 2014.

To say that Russia sees the situation differently would be a vast understatement. NATO’s post-Cold War expansion looks like an aggressive encirclement of Russian borders undertaken at a time of Russian weakness. Western support for perceived democratizers in ex-Soviet republics comes across as the cynical empowerment of ethno-nationalists intent on de-Russifying and disenfranchising significant parts of their polities. From Moscow’s perspective, America asserts its right to intervene in Bosnia, Kosovo, and Syria to protect local populations from abusive central governments but denies Russia the same right in Ukraine and Georgia.

Each side’s actions are consistent with these perceptions. Growing concerns about NATO have prompted the expansion of Russian military activities opposite the alliance and near U.S. borders. President Vladimir Putin recently opined that Americans only respond to Russian concerns when confronted with military force. In 2018, he punctuated the unveiling of new, advanced nuclear weapons by saying they were a reaction to many years in which Washington had ignored Russia’s security concerns. “Listen to us now,” he demanded. In turn, Russian actions have fueled American concerns about Russian revanchism and spurred NATO to step up naval and air patrols near Russian borders in Eastern Europe. The view that Russia only understands the language of force has grown increasingly popular in Washington.

Such deepening action-reaction cycles can be quite difficult to break. They demand mutual introspection, empathy, and moral courage, which are rare enough among individuals, let alone governments.  They often require tacking against the winds that are blowing in domestic politics. President Joe Biden is acutely aware that his political opponents would be quick to level charges of appeasement should he deign even to discuss Moscow’s demand to end NATO’s military involvement in Ukraine. Surprising as it may seem to Americans, many Russians believe Putin has long been too eager for deals with the West and too soft in defending Russia’s security against American encroachment. For Putin, abandoning his insistence that NATO back away from Russia’s borders would not only jeopardize Russia’s national security, but also risk stoking discontent in Russia’s nationalist ranks.

Despite these difficulties, breaking the dangerous escalatory spiral with Russia is critically important to U.S. national security. Few Americans believe we should defend Ukraine directly with conventional military forces, but many in our government and media advocate unconventional warfare: crippling the Russian economy through draconian sanctions, arming and training Ukrainians to kill Russian invaders, and using cyber weapons to damage or disable Russian operations. The belief that we should bloody Putin’s nose is premised on the assumption that he would not strike back.

That is a potentially perilous assumption. Putin has threatened a complete break in relations with the United States in response to severe American sanctions, and he has tacked hard toward China in recent months to show that he has alternatives should push become shove with the West. A former Russian general now serving in the State Duma has warned that Russia might strike NATO forces in Eastern Europe if necessary. Just a few months ago, Russia conducted a successful test of an anti-satellite missile, and its state television announced that it had the ability to disable America’s entire Global Positioning System (GPS) satellite constellation—on which our stock markets, bank payments, power grids, digital television, and cloud computing all depend. Unlike Russia, the United States has not built a land-based backup that could function if GPS is lost.

The Russians also suffer from flawed assumptions. Putin may be at least partially correct that Washington will only negotiate when faced with the prospect of force. But he is wrong if he believes that Washington would continue to negotiate if that force is applied. The current escalatory spiral between the United States and Russia would intensify, not diminish, in the aftermath of even a limited Russian invasion of Ukraine. Any exchange of attacks on critical Russian and American infrastructure could have profound consequences.

There is still time for diplomacy to avert such an escalation. But it will only be possible if Washington and Moscow recognize the need to move past mutual threats and find a face-saving compromise on their core concerns: the Russians’ demand that NATO back away from their periphery, and the West’s insistence that Eastern Europe be safe from Russian attack.

George Beebe is Vice President and Director of Studies at the Center for the National Interest, a former director of Russia analysis at the CIA, and author of The Russia Trap: How America’s Shadow War with Russia Could Spiral into Catastrophe.