America and Saudi Arabia in the Wake of the Khashoggi Affair 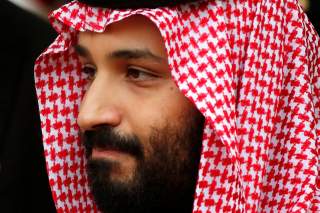 Saudi Arabia’s relations with the United States seem to be heading toward a crisis in the wake of Jamal Khashoggi’s alleged murder in the Saudi Consulate in Istanbul. President Donald Trump has been reluctant to lay blame on the Saudis, especially on Crown Prince Mohammed bin Salman (MbS), following Khashoggi’s disappearance after entering the consulate. However, Turkish authorities have let it be known, although indirectly through leaks to the media, that they have enough evidence to conclude that Khashoggi was tortured, killed and dismembered when he visited the Saudi Consulate on October 2. According to Washington Post, “The Turkish government has told U.S. officials that it has audio and video recordings that prove Washington Post columnist Jamal Khashoggi was killed inside the Saudi Consulate in Istanbul.”

Furthermore, it has come to light that U.S. intelligence intercepted conversations among Saudi officials regarding plans to abduct Khashoggi from his home in Virginia and forcibly take him to Saudi Arabia. As it turned out, Khashoggi seems to have walked into the lion’s den of his own accord.

In the wake of mounting evidence of Saudi complicity in this sordid affair, there has been growing clamor in the U.S. Congress, especially among leading Republicans such as Senators Corker and Graham, that the administration must undertake a full investigation into the disappearance of Jamal Khashoggi. Senator Corker, Chair of the Senate Foreign Relations Committee and one of a handful of senators briefed on U.S. intelligence on the case, told CNN that he believed Khashoggi was murdered and that the “intel points directly” at the Saudi government. “I think they did it and unfortunately I think he is deceased.”

Senior Congressmen from both parties have made clear that if Saudi complicity in the affair is established then the United States must impose stringent sanctions on the Saudi regime. So far President Trump has been lukewarm to such suggestions arguing, in his own words, “I don’t like stopping massive amounts of money that’s being poured into our country—they are spending $110 billion on military equipment and on things that create jobs for this country.” However, most probably apprehensive of the fact that the dissonance between his views and those of leading members of Congress belonging to his party may rip apart the Republican Party on this issue, President Trump seems to have somewhat modified his stance.

In an interview to CBS’s prestigious “60 Minutes” program aired on October 14, Trump stated that the Saudis could be behind Khashoggi’s disappearance and if so, the United States would inflict “severe punishment” on them. However, when asked what kind of punishments he may pursue if Saudi Arabia is found responsible for the disappearance, President Trump did not commit to sanctions or cutting sales of U.S. military equipment to Saudi Arabia. “I’ll tell you what I don’t want to do,” President Trump said, “I don’t want to hurt jobs. I don’t want to lose an order like that [referring to the Saudi order for $110 billion worth of American arms]. And you know what, there are other ways of punishing.” But, he refused to elaborate on what these other ways of punishment could be.

It is clear that the Trump administration is caught in a bind on the Khashoggi affair. The reason is simple. Unlike the Obama administration, it has encouraged the Saudi regime’s irresponsible behavior and whetted its appetite for aggressive conduct. It has turned a blind eye toward the havoc caused on Yemeni civilians by Saudi and Emirati bombings that have left parts of Yemen totally devastated and 8 million Yemenis living on the brink of starvation. Washington has ignored the strategically important fact that by destroying the residual infrastructure of the Yemeni state, Saudi policy has cleared the way for the expansion of Al Qaeda in the Arabian Peninsula’s influence in large parts of the country that remain ungoverned. It has ignored the violation of human rights of civil society activists within Saudi Arabia that has become daily fare nowadays. It even overlooked the fact that MbS incarcerated and extorted huge amounts of money from wealthy Saudi businessmen and members of the royal house some of whom, such as Walid bin Talal, have made large investments in the American economy.

Above all, by overturning Obama’s cautious opening toward Iran, especially by withdrawing from the nuclear deal that had put a brake on Iran’s nuclear ambitions in return for commensurate economic benefits for Tehran, Washington signaled that it now fully subscribed to the Saudi position that the best way to deal with Iran is, to quote the late Saudi King Abdullah’s colorful phrase, to “cut off the head of the snake.” This clearly indicated to Riyadh that it now had the full backing of the United States in its competition with Iran for influence in the region. In fact, U.S. policy seems to have encouraged MbS to adopt an offensive strategy toward Iran epitomized by his declaration that “We won’t wait for the battle to be in Saudi Arabia. Instead, we will work so that the battle is for them in Iran.” The Saudi and Emirati blockade of fellow Gulf Cooperation Council member Qatar, because it was deemed to be “soft” on Iran, was a dramatic demonstration of this offensive policy despite the fact that Qatar houses America’s most important airbase in the region.

The fact that President Trump made his first foreign trip after his inauguration to Riyadh underscored the importance that his administration attached to America’s relations with the kingdom. The personal relationship that President Trump and Jared Kushner developed with MbS was a part of this policy of putting all of America’s Gulf eggs in the Saudi basket. In light of this record, it is not surprising that MbS and his advisers concluded that they had nothing to fear in terms of Washington’s negative reaction even if they adopted policies, such as the blockade of Qatar, which ran counter to American strategic interests in the Middle East. In this context, they may have come to believe that the murder of a journalist in the Saudi Consulate in Istanbul, if it did take place as most analysts believe, would have hardly any impact on American-Saudi relations.

The Saudis were, therefore, surprised at the adverse reaction this incident created in the United States and particularly in the United States Congress where there seems to be a bipartisan consensus that sanctions must be imposed on Saudi Arabia if it was proved that its regime had a hand in Khashoggi’s disappearance and possible murder. While President Trump and senior members of his administration have been very circumspect about linking the Saudi regime to Khashoggi’s disappearance, the president’s use of the term “severe punishment” in his CBS interview has rattled the Saudis.

As a consequence, Riyadh has threatened to retaliate against any punitive measures imposed on it. A statement issued by the Saudi Foreign Ministry on October 14 declared that “The kingdom emphasizes that it will respond to any measure against it with an even stronger measure…The kingdom’s economy has an influential and vital role in the global economy.” While the statement avoided any direct reference to the “oil weapon,” it is clear that that was the subtext of the tough message sent out by the Saudi regime. With oil prices above $80 per barrel and the United States determined to impose severe sanctions on importers of Iranian oil beginning early November, a Saudi decision to cut oil production even by as little as ten percent could send international energy markets into turmoil with oil prices rising well above $100 immediately.

This is a threat that the United States and other industrialized countries, as well as major oil importers such as China and India, must take seriously because given the impetuous nature of the Saudi Crown Prince such a prospect cannot be dismissed easily. It would have sounded incredible a few days ago that a journalist’s disappearance and possible murder in a Turkish city could end up having a major impact both on U.S.-Saudi relations and on the international economy. Ironically, Iran, Saudi Arabia’s and America’s major nemesis, could turn out to be the primary beneficiary of the Khashoggi affair and the consequent downturn in U.S.-Saudi relations and the resultant rise in oil prices.