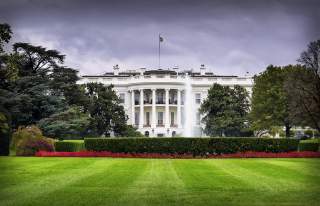 In the process, the US and European policy elites forgot, or chose to ignore a number of things. Firstly, that it is never wise to adopt openly hostile approaches to other governments unless this is either really necessary from the point of view of your own interests and those of the world, or you are convinced that they cannot retaliate in kind. Secondly, it was not recognised that US involvement in domestic politics only worked where there was a consensus, at last at the elite level, that the national interests of the country concerned involved siding with the USA (as was true of the East Europeans in their desire to get away from Russia).

Wherever a national consensus – including among opponents of the regime – sees national interests as different from those of the USA, US attempts to influence domestic politics are likely to be suspected and resented as attempts to serve not democracy but the interests and power of the USA. This in turn only serves the regimes concerned, which can portray their domestic opponents as traitorous agents of the USA (a line now being taken by opponents of Trump in the USA). It can indeed be said without exaggeration that the only result of US involvement in domestic politics in Russia, China and Iran has been to strengthen the regimes of the countries concerned.

Finally – even after the catastrophes of Iraq and Libya – there is almost no awareness among US policymakers of the fact that US attempts to change the regimes of other countries are likely to be seen not only by the elites of those countries but also by their populations as leading to – and intended to lead to - the destruction of the state itself, leading to disaster for its society and population. When the Communist regime in the USSR collapsed (though only in part under Western pressure), it took the Soviet state with it. The Russian state came close to following suit in the years that followed, Russia was reduced to impotence on the world stage, and large parts of the Russian and other populations suffered economic and social disaster. Remembering their own past experiences with state collapse, warlordism, famine and foreign invasion, Chinese people looked at this awful spectacle and huddled closer to the Chinese state – one that they may dislike in many ways, but which they certainly trust more than anything America has to offer – especially given the apparent decay of democracy throughout the West.

In other words, US denial of legitimacy to other states, bringing with it the threat of domestic interference and subversion, is seen by those states and much of their populations as implicitly at least an existential threat; and such existential threats by definition make cooperative and peaceful relations much more difficult, if not impossible. This is a point made very cogently by Hugh White in his book The China Choice, in which he argues that a US recognition of the full legitimacy of the Chinese state is an essential part of establishing the US-Chinese relationship on a basis that will end the growing threat of catastrophic war.

Existential threats also of course virtually compel retaliation. This aspect has also been almost completely ignored by Western policy elites, whose entire approach (whether over domestic subversion, unilateral military action, regime change, or international sanctions) has been based on the belief that what is sauce for the goose will never under any circumstances be sauce for the gander. With the apparent involvement of Russia in the US electoral process over the past year, we can adapt the Prophet Isaiah to declare ait enim anser: The goose has spoken.

Anatol Lieven is a professor at Georgetown University in Qatar and a member of the New America Foundation in Washington DC. He is author of several books on Russia, the USA and South Asia including (with John Hulsman) Ethical Realism: A Vision for America’s Role in the World.