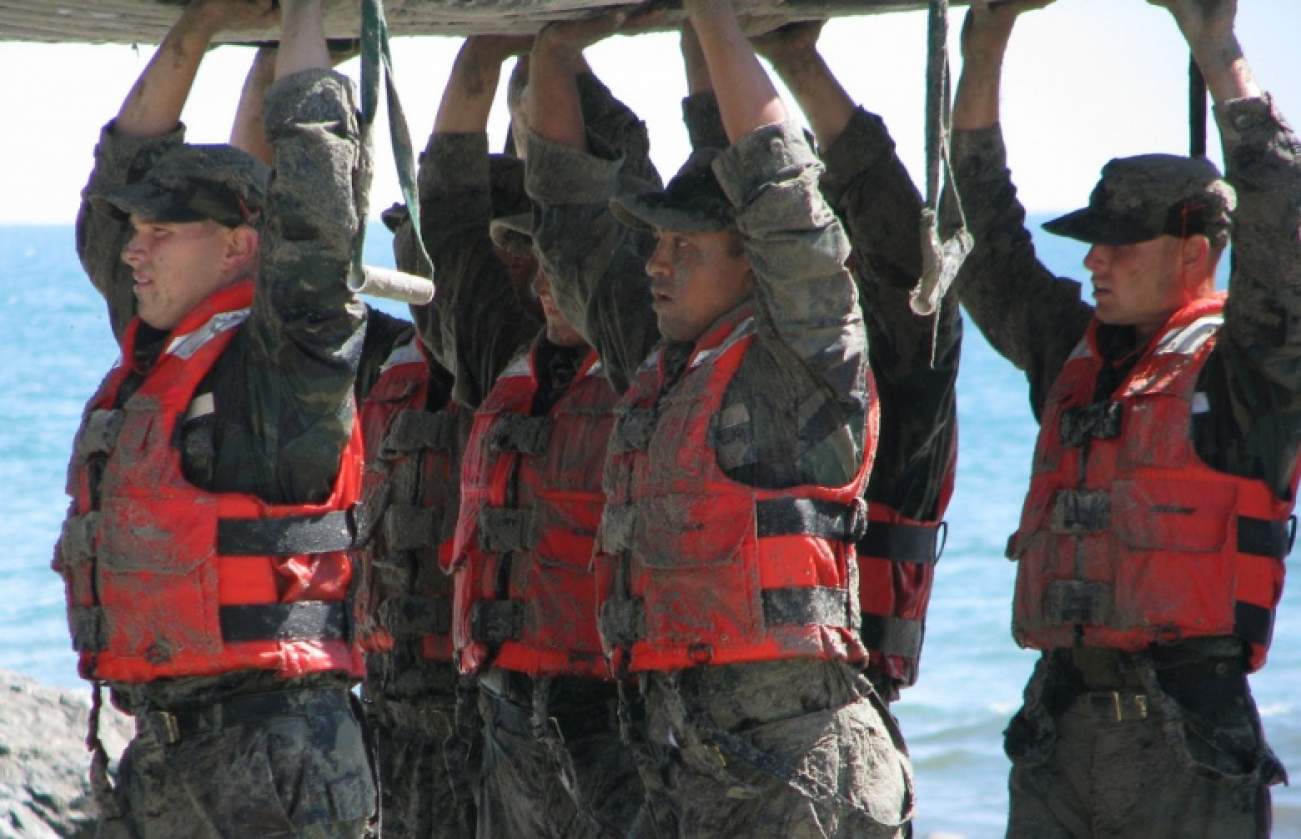 Since the end of the Cold War and the breakup of the Soviet Union we have been living in the era of American primacy. Primacy, of course, is just a euphemism for empire. The early 1990s ostensibly inaugurated a “new American Century,” with the United States bestriding the planet like a colossus. On both the left and right, policy elites fretted that absent American leadership the world would devolve into a Yeatsian “Second Coming” of anarchy, chaos, bloodshed and destruction.

If Americans took on the mantle of global leadership, many convinced themselves, all would be well. Underlying these expectations was the conviction that the exercise of global leadership by the United States is by definition enlightened, altruistic and effective. To charge Washington with traditional imperialism is a mistake. What the self-proclaimed “indispensable nation” offers is not the blood and iron of the nineteenth century but the noble and selfless stewardship of the global commons of the twentieth century by its leading citizen, the first among equals.

Some observers called the result Pax Americana. But the phrase doesn’t quite fit because, despite our unprecedented power and strident (if inconsistent) commitment to lofty ideals like democracy and human rights, the world has been anything but peaceful. Since the end of the Cold War, the United States has been almost constantly at war (always undeclared). During the forty-four years of the Cold War, U.S. forces fought at a rate of about once every seven years; since the end of the Cold War, war at more than double this rate has become the new normal, with global disorder stemming in considerable part from precisely our hyperpuissance.

We invaded Panama on the eve of the end of the Cold War in 1989, fought a short but sharp (and justified) war against Saddam Hussein in Kuwait scarcely a year later; with the best of humanitarian intentions, we soon after put our hand into the hornet’s nest of the Somali civil war; and despite getting stung badly at the Battle of the Bakaara marketplace in Mogadishu, we sent troops to Haiti to restore civilian rule to the island. In the latter half of the 1990s, the United States intervened in two civil wars kindled by the breakup of Yugoslavia, first in Bosnia and then in Kosovo, to prevent what we feared would become genocides on the fringes of post-Holocaust Europe. Throughout that decade, U.S. forces skirmished with Saddam and engaged in preliminary hostilities with Osama bin Laden.

The turn of the new century brought the debacle of 9/11. The United States responded with an appropriate but mismanaged, invasion of Taliban-ruled Afghanistan followed by a wildly inappropriate and even more grotesquely bungled intervention in Iraq. Not having learned our lesson from either of these strategic blunders, we led (albeit from behind) a NATO coalition to overthrow a cowed Muammar el-Qaddafi in Libya, reducing that country to anarchy. Inter alia, U.S. forces bombed or raided Yemen, Sudan, Somalia, Syria and part of Pakistan, creating yet more chaos in an already volatile region of the world and creating another safe-haven for Al Qaeda’s unworthy successor, the Islamic State (ISIS). While the Cold War was hardly an era of harmony and good fellowship, the post-Cold War era of American primacy actually deserves the sobriquet of Bella Americana.

You might think that a period of such sustained and mostly counterproductive war would spark some deep soul-searching among the policy elite and perhaps even a serious debate about whether the game of American global leadership continues to be worth the candle. But for this to happen, two sets of changes would have to occur. Internationally, a new great power would have to emerge to counter American hegemony. Domestically, the post–Cold War foreign-policy consensus—American über alles—that has a stranglehold on both parties would have to fray. While both of these changes may happen, it is not a sure thing that they will. And if they do, change will come slowly.

The most direct antidote to our situation would be the emergence of a new great power to counterbalance us, puncturing Washington’s delusions about continuing our unchallenged reign as king of the global hill. It may seem perverse to see any virtue in the emergence of a new peer competitor yet such a development just might restore a sense of proportion and common sense to American statecraft. As the British historian Lord Acton famously put it, “Power tends to corrupt, and absolute power corrupts absolutely”—an adage amply affirmed by the course of U.S. policy since America became the world’s sole superpower.

However, other great powers, friendly or not, are currently in short supply. A unified Europe, for example, might have provided America with the opportunity for a friendly passing of the baton of global leadership, in a way reversing the soft transition at the turn of the last century from Pax Britannica to the American Century.

But ambitious hopes for a united Europe remain unrealized. Britain’s recent Brexit vote has exposed just how much of a house of cards the European Union really is. What worries Europhiles is not so much Britain leaving the Continent (was it ever really there?) as British unhappiness with various aspects of the European project inspiring others to follow its lead. Disenchantment with Brussels’ democratic deficit and the social, economic and security costs of its open borders is not confined to the English countryside.

American hawks and NATO nervous nellies make much of the renewed assertiveness of Vladimir Putin’s Russia. But despite the bear’s proclivity for pushing around weak neighbors in its near abroad, Russia hardly constitutes the second coming of the Soviet Union. A much depleted Russia constitutes at best a local irritant for Uncle Sam and even most of Europe. Russia remains, as President Obama put it, at most a “regional power,” not a global one.

This leaves only China as a prospective challenger to our global primacy. With a billion plus people and a recent period of rapid economic growth, the Middle Kingdom seems poised to become another superpower. In some places like the South China Sea, it is already flexing its great-power muscles.

But in other respects, China remains a paper tiger: Despite First World enclaves on the coast, the majority of its population still lives at the level of subsistence agriculture; its period of fantastic growth is coming to an end; its ruling Communist Party is grasping for some other basis of ideological legitimacy beyond managed market growth and is only finding it in nationalism; the country is one enormous ecological disaster zone; and its population is growing older and more male, the misbegotten legacy of Chinese culture and a generation of Mao’s one-child policy. China may overcome these challenges, but it will not do so quickly or easily. For decades to come, China’s “rise” will remain a work in progress.

So if Uncle Sam is likely to remain the last hegemon standing for some time to come, what of the domestic prospects for new thinking about America’s role in the world? True, as the Chicago Council on Global Affairs public-opinion surveys make clear, there is a bipartisan consensus that our two signature wars of the new century—Afghanistan and Iraq—have not been worth the cost in blood and treasure. And voices are now being heard from the Left (Bernie Sanders) and the Right (Rand Paul) calling for change. But despite some rumblings of discontent with our hyperactive international posture over the last quarter century, the empire coalition seems to be holding together. Whatever its miscues and blunders, the foreign-policy establishment demonstrates a remarkable capacity to sustain itself, more often than not by smearing opponents as appeasers or isolationists.

If Hillary Clinton wins in November, we will surely see a return to the liberal imperialism of the first Clinton administration. As a senator, Clinton supported Bush’s Iraq War. As Barack Obama’s secretary of state she led the charge for intervention in Libya, pushed hard for a repeat in Syria and reportedly preferred continuing confrontation with Iran over the sort of negotiations that produced the Iran nuclear deal.

In a harbinger of the unapologetic interventionist approach of a second Clinton administration, the former director of her State Department’s Policy Planning Staff Anne-Marie Slaughter recently dismissed the anti-interventionist implications of the United Kingdom’s damning Chilcot report, which highlighted the flawed rationale for the Iraq War that led then Prime Minister Tony Blair to jump onto W.’s lap as he drove the bandwagon to Baghdad. The alacrity with which many neoconservatives have flocked to Hillary’s banner can only be explained by their realization that she is the empire’s best hope in November.

This leaves only the Republican nominee Donald Trump as a possible proponent for a different American approach to the rest of the world. On the one hand, during the primary, Trump broke with the GOP consensus that W.’s Iraq War was a noble and ultimately successful crusade that was only squandered through the pusillanimity of Obama. Trump accurately characterized Operation Iraqi Freedom as a war launched on specious grounds that only made Iraq safe for Iran and ISIS. Trump has also asked hard questions about whether Cold War American alliance commitments still serve U.S. national interests or instead create “moral hazards” for us by encouraging our allies to “free ride” on our strategic largesse and join us at the hip with regimes whose reckless behavior we might otherwise find counterproductive or even objectionable.

On the other hand, Trump is, to put it delicately, a flawed instrument for charting a change of course in the U.S. approach to the rest of the world. It appears likely that Trump has yet to figure out where exactly he stands on American statecraft. His schizophrenic speech at the Center for the National Interest in April was actually two speeches: one for the party’s neoconservative wing and the other for those disenchanted with what the neocons have wrought and looking for an alternative. For every constructive proposal suggesting a departure from reflexive adherence to our post–Cold War imperial path (e.g., his sensible proposal that we should be an honest broker between the Israelis and the Palestinians rather than continue to act as the former’s lawyer), Trump offers another endorsing core elements of the default position of continuing global activism (i.e., a promise to tear up the Iran nuclear agreement).

Still, if Trumps wins in November (which the electoral math and his astronomically high unfavorable ratings do not favor) there is at least a chance that “making America great again” will involve a foreign policy that really puts “America first”—focusing on our national interests, narrowly defined, and curbing our enthusiasm for trying to run the world.

But far more likely is the prospect of the American empire limping along a bit longer like Matthew Arnold’s weary titan: struggling to hold aloft the too vast orb of its fate, slowly being crushed by the weight of global leadership, but fearing to give it up. This is the tragedy of our situation, for us and for the world.

This is the twelfth in a series of essays on the future of American primacy. You can read the previous essay, “What Comes after U.S. Primacy” by Christopher Layne, here.

Michael C. Desch is professor and chair of the Department of Political Science at the University of Notre Dame, where he is director of the International Security Center.

Image: Navy SEALS strain under the weight of their boat and days of difficult training. Flickr/Rennett Stowe