Is America Better Off Without Afghanistan? 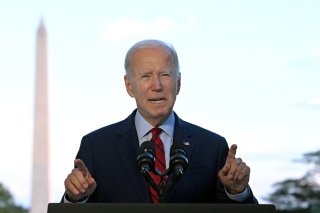 House speaker Nancy Pelosi’s recent visit to Taiwan provided a catalyst for Beijing’s outrage and elevated tensions in and around the Taiwan strait. China dispatched its military to conduct military exercises in an unprecedented show of force that included naval ships and aircraft breaching the median line, while also firing missiles into waters surrounding Taiwan and extending into Japan’s exclusive economic zone. While the U.S. postponed a planned intercontinental ballistic missile test to decrease bilateral tensions, Undersecretary of Defense for Policy Colin Kahl pledged that the navy will soon continue conducting freedom of navigation operations. He said that “We will continue to stand by our allies and partners…our policy is to maintain the status quo with [a] free and open Indo-Pacific.” Given recent events and heated rhetoric, one can expect that cross-strait tensions will continue, especially as China’s President Xi Jinping pursues an unprecedented third term later this fall.

Both of these crises happened relatively quickly and required resources to respond that, in some instances, were unplanned or unprogrammed. Moreover, the United States is likely to continue, if not increase, its military presence and support to partners in both of these regions going forward. In an already resource-constrained environment, an enduring U.S. mission in Afghanistan would compete with these priorities.

That said, there are steps the Biden administration can take to mitigate the threat of terrorism in Afghanistan. For example, the United States can increase public pressure surrounding the Zawahiri killing and the Taliban’s desperate need for international financial support to broker a transactional relationship that includes a more permissive intelligence and kinetic response arrangement in exchange for greater funding and international recognition. The U.S. Agency for International Development (USAID) recently announced an $80 million commitment to provide food security and nutrition to the Afghan people that builds upon the more than $775 million in humanitarian assistance since last August. Additionally, the United States froze more than $7 billion in central bank assets on deposit at the Federal Reserve Bank in New York when the Afghan government collapsed last year. The continuation of foreign assistance and distribution of these assets to Afghanistan provide leverage for U.S. diplomacy.

By ordering the withdrawal, Biden closed the chapter on America’s military involvement in Afghanistan and the upcoming anniversary offers a time for self-reflection and an honest reckoning with the lessons learned from its longest war. Looking ahead, the administration’s focus should be on the current and future challenges and opportunities that threaten and advance U.S. national interests in a complex and uncertain world.

Jim Cook is a Professor of National Security Affairs at the U.S. Naval War College. The views expressed here are his own.