America Can’t Afford to Be AWOL in the Caucasus 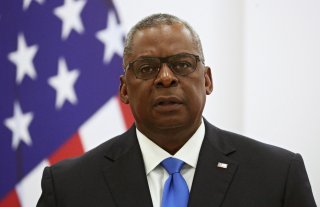 As part of his trip to Georgia, Ukraine, Romania, and the NATO summit in Brussels, Secretary of Defense Lloyd Austin signed a Memorandum of Understanding on the Georgian Defense and Deterrence Enhancement Initiative. Austin’s trip clearly centers on the vitally important issues connected with Black Sea security, an issue of critical importance to both all these littoral states and NATO in the light of Russia’s continuing aggression, intimidation, and subversion in Ukraine, Georgia, and all the other littoral states of the Black Sea. Admittedly the Black Sea is of vital significance to all these actors and it is essential for high-ranking U.S. officials to show and even upgrade NATO’s and our presence there.

Nonetheless, Austin’s trip raises serious and difficult questions concerning U.S. policy in this part of the world. Specifically, it is worth inquiring why Austin or some equally high-ranking official did not take the trouble to visit Armenia and/or Azerbaijan for whom Black Sea security is of no less importance.  Neither state is a member of NATO or a direct victim of Russian aggression. However, they are both not only under constant Russian pressure and have only recently signed an armistice stopping hostilities in Nagorno-Karabakh as a result of the war of September-November 2020. Moreover, recent events show that a “peace process” in this war is nowhere in sight. Therefore, both sides thus need to find a genuine mediator. Russia, whose policy has all along been to preserve this conflict certainly cannot qualify for this role. But as long as Washington abstains from playing a role here, by default the region will be divided between Russia and Turkey whose support for Azerbaijan in the war and subsequent treaty with Azerbaijan has catapulted it into a major parallel role in the Caucasus with Russia.

Even though Armenia’s government has indicated its desire for peace with Azerbaijan and Turkey, Turkey alone cannot guarantee peace in the Caucasus against a hostile and jealous Russia. Neither can it ensure peace with Iran who has now emerged as a major threat to Azerbaijan. Indeed, Azerbaijan has become a second front for Iran, which has deployed new forces to the border with Azerbaijan and for the first time in thirty years conducted visible exercises there Although Tehran claims it is doing so because of the intolerable presence of “Zionist forces” and troops in Azerbaijan, it has only itself to blame for the Azeri-Israeli partnership. It has conducted terrorism against both states and tried to carry out terrorist attacks against Israeli personnel and its embassy in Azerbaijan. It has used Armenia as a haven for illegal banking and set up hundreds of businesses in Armenia under both false and legal pretenses to evade or circumvent sanctions. For many years it has been transferring energy supplies to Armenia through Nagorno-Karabakh and was greatly embarrassed when Azerbaijan, after numerous warnings, arrested Iranian truck drivers carrying this contraband.  Similarly, there are reports of Iran covertly selling weapons to Armenia. For years it also has been smuggling drugs and people through Armenia. It has also attempted to subvert the Azeri government by conducting ideological subversion among Azerbaijan’s Shiites, even though it has formally recognized Nagorno-Karabakh as part of Azerbaijan due to its fear of separatist trends among its sizable Azeri minority in Northern Iran.

Indeed, the presence of this apparently increasingly restive minority lies at the root of Iranian hostility to Azerbaijan. Now that hostility has grown due to the presence of both Israel and Turkey in Azerbaijan and the termination of Iran’s profitable smuggling rackets there. Thus, Iran menaces Baku too and has substantial influence in Armenia. Under the circumstances, we must therefore ask why Austin or some other high-ranking official did not visit either country which is less than an hour’s flying time from Tbilisi?

Given the expenses and logistical planning involved in such a trip, those could not have been the reasons for not adding these states to Austin’s itinerary. Although we hear reports of Washington’s desire to play a role in mediating this conflict, there is no sign whatever of any policy initiative or strategy here. This posture of being essentially AWOL in the Caucasus is a mere extension of what has been U.S. policy for over a decade. This stance, as events have shown, excludes the United States from having meaningful influence in either state, leaves the field to the competing would-be hegemons of Turkey and Russia, and does nothing to achieve any genuine progress toward peace.

Neither is it the case that the mutual enmity and even hatred of Amenia and Azerbaijan precludes such an initiative even though some former diplomats have alluded to this factor in conversations with me. After all, Arab-Israeli enmity was even more intransigent in the 1970s yet the United States through creative statecraft and diplomacy steadily worked its way to peace agreements whose scope has steadily expanded to the point where some of these states are now allies with Israel against Iran. So, in fact, there is no answer as to why U.S. policy continues to overlook the Caucasus. In view of the fact that here Iran, Russia, Turkey, and to a lesser degree Israel are all contending with each other the absence of any coherent U.S. strategy makes no sense. Last year’s war in the Caucasus shows that neglect of the Caucasus is never benign and the possibility of war remains very high. But this time it may not be a war only between two small states in the Caucasus but one that brings in either the Middle East or our NATO ally, Turkey against Russia and/or Iran. Under the circumstances, we must ask Secretary Austin and other high-ranking policymakers if continuing neglect of the Caucasus really benefits American interests. For if “America is back,” as President Biden says, why isn’t it back here as well?

Stephen Blank is a Senior Fellow at the Foreign Policy Research Institute.