America Can’t Win a War for Taiwan Without the Philippines 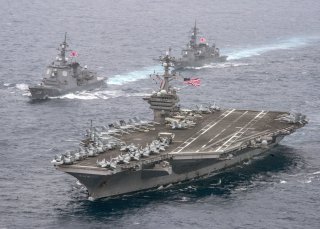 Marcos Jr. has sought to balance relations between China and the United States evenly, rejecting calls to align the Philippines with an American sphere of influence. Human rights-based court decisions against Marcos Jr.’s father have caused friction in his relationship with Washington. Some observers believe that Marcos Jr. is seeking to place ties with Beijing, with whom he has a long history, above ties with Washington, which has a mutual defense treaty agreement with Manila. This is despite the Philippines’ troubled relations with China over ownership of the Scarborough and Second Thomas Shoals. Yet Marcos, like Duterte, may face public hostility to improved relations with China. Moreover, the selection of ministers in Marcos’ cabinet indicates significant cronyism and presages corruption. However, the Philippines will not likely be easily influenced by Beijing.

Observers believe that Marcos is prioritizing a resumption of Chinese infrastructure investments in roads, bridges, and rail, which were promised by Xi Jinping in 2016 but delayed by politics. The Philippines may be leveraging Washington’s greater need for Manila, as the Philippines is not particularly dependent on China. Most Philippine exports are to the United States, though it imports the most from China. Since 2016, most foreign direct investment in the Philippines has come from Japan, followed by China, the United States, South Korea, and Taiwan. The Philippines is now the fourth largest shipbuilder in the world, competing directly with China, and few of its ten million remittance workers are in China.

The U.S. Navy’s extensive network of bases, and its friendly relations with most of the region’s naval powers, will allow the easy imposition of a naval-enforced commercial blockade of China early in any conflict over Taiwan. However, this blockade would remain porous until U.S. diplomacy dealt with China’s positive relations with many of the neutral states involved in maritime commerce. Similar to the experience of World War I, gradually tightening blockades and sanctions will only have a political impact on Beijing and its international allies long after Taiwan’s fate is resolved in the skies and on the battlefield. Both a Chinese blockade and invasion of Taiwan will depend heavily on the integrity and defensibility of a secondary belt of allied naval bases intended to maintain supplies for Taiwan. To counteract this threat, the United States and its allies need to secure a depth of airbases, which means the defense of Taiwan depends heavily on American access to an extensive network of airbases running from the north coast of Indonesian New Guinea to Luzon in the Philippines. Now is the time to ensure that Washington maintains access to this critical network.

Dr. Julian Spencer-Churchill is associate professor of international relations at Concordia University, and author of Militarization and War (2007) and of Strategic Nuclear Sharing (2014). He has published extensively on security issues and arms control, and completed research contracts at the Office of Treaty Verification at the Office of the Secretary of the Navy, and the then Ballistic Missile Defense Office (BMDO).