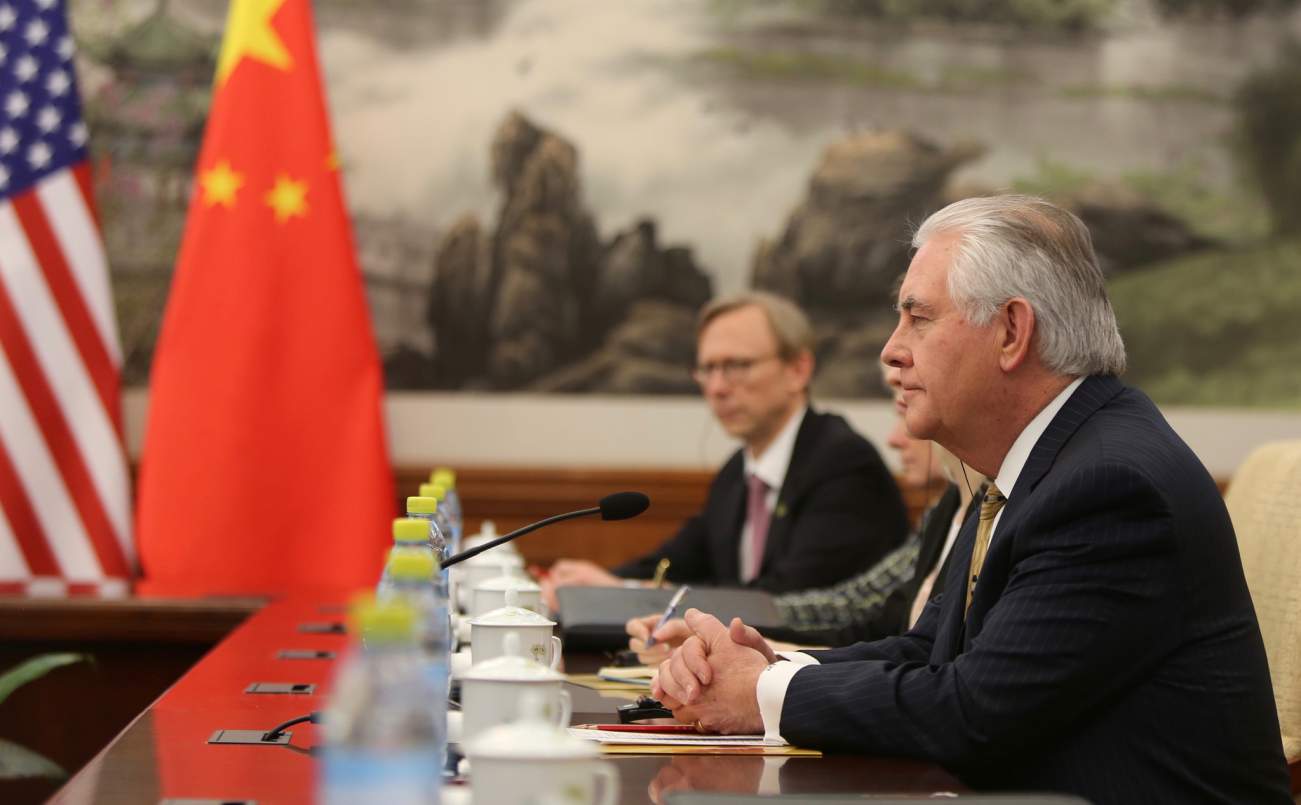 The furious reactions to then President-elect Donald Trump’s phone call with Taiwanese president Tsai Ing-wen has laid bare the fact that Taiwan is a small state sandwiched between two giant states, one of them implacably hostile.

The question must be asked, why is the PRC so implacably hostile?

A) It is because Taiwan points to an alternative model for China. Even when the Republic of China was a milder form of tyranny, the PRC was unable to abide Taiwan’s existence; but by evolving into a successful democracy admired around the world, Taiwan has become an existential threat to the PRC regime. Taiwan is an independent state, and it has the informal backing of the United States; hence, eliminating Taiwan is not as simple as eliminating internal opponents. China has to resort to war. The CCP has already effectively exterminated its internal opposition, both within and outside of the Party; and has penetrated many overseas opposition groups. Without feasible alternatives, or any viable opposition, the CCP can resist political reform and continue to control China for a very long time.

B) It is also hostile because of the way CCP’s power is structured, and the extremely cruel way it is employed, which boils down to “you must be killed for me to live.” (你死我活.) No negotiation, no promise, assurance, inducement or compromise could change the structure of power of the CCP, and the mentality that goes with it.

However, the problems Taiwan has with the other giant state are no less daunting.

The panda huggers have demonstrated time and again their willingness to sacrifice Taiwan. Kissinger offered up Taiwan in his first meeting with Zhou Enlai without prompting, demands or negotiations. Jimmy Carter and Zbigniew Brzezinski actually delivered, necessitating the Taiwan Relations Act as a corrective. Sacrificing Taiwan, a successful democracy with twenty-four million people, a population slightly larger than Australia’s, will certainly make the PRC stronger, but it won’t make the United States better or safer. Do the panda huggers not fully comprehend that the United States is a democracy? In their eagerness to embrace tyranny, they have not considered enough of the more likely eventuality that democracy cannot change the nature of tyranny by abetting tyranny; but doing so would, in fact, endanger all democracies, including the United States. The panda huggers have violated both parts of the first principle of the Art of War —they failed to know enough about one’s own self, and also one’s opponent.

The dragon slayers are willing to fight the PRC over Taiwan, probably on Taiwan. Taiwan, as a small state, may not survive a military confrontation between two giants. Even if Taiwan were to survive, it would have sacrificed at least one generation of Taiwanese, and suffered such devastation that it would take decades to recover, if ever. The American people do not have much appetite for war. No sane people do. The costs of another war in Asia to the United States, both in lives and resources, could be monumental. Since wars are always such crapshoots, it may even cause the United States to fall from the position of preeminent power in the world.

The election of President Donald Trump has been painted by many as a revolt against the elite. Chinese people have a very long history of rebellion, but tyranny has never allowed them to rebel in a peaceful manner, as it can happen in a democracy. A China policy that abets the CCP elite in their oppression of the Chinese people cannot be wise, and won’t be forgotten. It is time to devise a new China policy that is not just good for the elites, but good for the peoples of the United States, China and Taiwan.

Dimon Liu was one of the originators and the organizer of the annual People’s Liberation Army Conference at Staunton Hill, Virginia from 1990 to 1998. Her writings on human rights, the rule of law, democracy and military strategy have appeared in many publications, including the Asian Wall Street Journal, Newsday and the Hong Kong Economic Journal.  She has written for the Department of Defense, and is the co-editor of the 1996 book, China’s Military Modernization.