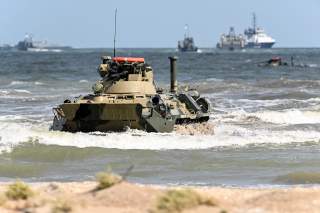 The Trump administration’s apparent dislike of treaties, particularly arms control agreements, is no secret. There are plenty of examples. Talks with Russia involving a possible extension of the 2010 New Strategic Arms Reduction Treaty (START) have stalled, the United States has formally withdrawn from the Intermediate-Range Nuclear Forces Treaty, the president has pulled the United States from the Joint Comprehensive Plan of Action, and now the venerable Open Skies Treaty appears to be in peril. Dumping this treaty would be a mistake.

The Open Skies Treaty, in effect since 2002, involves thirty-four signatories largely comprised of European states but most importantly the United States and Russia. Open Skies allows for overflights over member states’ territories to mitigate concerns of a possible military build-up or potential attack. The intelligence obtained during these flights is designed to be shared freely among members providing a degree of transparency and (hopefully) trust.

Critics of the treaty claim the Russians have snubbed their nose at the treaty by placing flight restrictions over their own sensitive military areas while still conducting flights over the United States, resulting in the Americans giving away too much information while the Russians give up too little. They argue that these Open Skies flights allow a decided strategic advantage to the Russians as they routinely view critical U.S. infrastructure. (However, the United States has responded by limiting Russian surveillance over some sensitive areas in Hawaii and Alaska.)

From a budgetary point of view, it may seem pointless for the United States to invest further in Open Skies. Currently, the United States uses two aging aircraft—which will cost $125 million, by some estimates, to replace—to conduct Open Skies missions. Senator Tom Cotton (R-AR) agrees Russia’s undermining of the treaty by restricting flights over militarily sensitive areas means that the United States should unilaterally withdraw and reinvest that money to increase its “combat power.” Furthermore, U.S. intelligence assets are vast and flying two aging aircraft on predictable flight paths in order to gather information readily shared with member states will not add much to our intelligence gathering. Finally, other critics of the treaty claim that given the disparity in our satellite capabilities with Russia, they need the Open Skies flights much more than we do.

Proponents of the treaty, however, point to Open Skies as one of the last vestiges of arms control that provide a degree of stability through transparency and information sharing. The treaty is designed for ease of transferability of imagery to all signatories providing some countries access to information they otherwise may not have. This is a big plus for those signatories who might want images quickly and without the usual cumbersome declassification effort that accompanies intelligence gathered from other means.

The United States should stay in the Open Skies Treaty because it’s about much more than the competition with Russia. The world is watching the rapid erosion of numerous long-standing agreements including important nuclear arms control accords. Pulling out of Open Skies will put the European members on edge, and rightly so; European members view it as one of the last formal, active accords allowing for transparency and dialogue between two nuclear superpowers where they are stuck squarely in the middle. It’s no wonder numerous European signatories to Open Skies have made desperate pleas to the United States to salvage the treaty.

Open Skies imagery has intelligence value, but perhaps even more importantly, the agreement is about trust and predictability. Take for example the New START accords. Under New START, the United States and Russia agreed to limit deployed nuclear warheads to 1,550 and continue with on-site inspection protocols, test launch notifications, and data exchanges. Various iterations of the START protocols have been critical to the establishment of transparency, communication, and to some degree, a modicum of trust between the two nuclear superpowers. As someone who participated directly with on-site START visits, it cannot be understated how important they are to ensuring a degree of predictability especially during periods of tension. With the expiration of New START in 2021 and seemingly no clear path to an extension, that gives added importance for the United States to remain in Open Skies in order to avoid a tragic domino effect of failed nuclear accords.

And let us not forget other nuclear powers. How can it be expected that North Korea, for example, will entertain any negotiating with the United States if Washington continually gives the appearance it would rather cut and run from longstanding treaties? Leadership means responsibility and if the United States wants other nations to behave responsibly, then attempts to negotiate and resolve disputes for important arms control treaties such as Open Skies are critical.

Dana Struckman is a retired Air Force colonel and an associate professor of national security affairs at the Naval War College. He was a missile launch officer on active duty and commanded an intercontinental ballistic missile squadron at Minot Air Force Base in North Dakota. The views expressed here are solely those of the author and not of the Naval War College, the Department of the Navy, the Department of Defense, or the United States government.