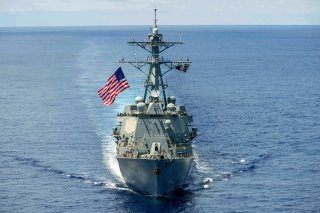 Eastern Europe was not considered a vital national security interest of the United States during World War II, when President Franklin Delano Roosevelt and British prime minister Winston Churchill ceded it to the Soviets at Yalta, or during the Cold War when U.S. leaders refused opportunities to intervene militarily to defend Hungary and Czechoslovakia from Soviet invasion. Nor is it today. Therefore, the United States should apply a cost-benefit analysis to consider whether the risks, in terms of a potentially catastrophic war with Russia, of maintaining its security commitments to the nations of Eastern Europe outweigh the benefits.

Meanwhile, in July 2021, an official Chinese Communist Party video channel with close ties to the People’s Liberation Army posted a propaganda video in which it threatened:

When we liberate Taiwan, if Japan dares to intervene by force, even if it deploys only one soldier, one plane and one ship … we will use nuclear bombs first. We will use nuclear bombs continuously until Japan declares unconditional surrender for the second time … We’ll join forces with Russia and North Korea. Three arrows (countries) shoot together to hit the Japanese mainland thoroughly and in full depth.

This Chinese government threat against Japan may have also been issued as a not-so-subtle warning to  U.S. leaders as China would likely respond much the same way in a coordinated attack against the U.S. homeland with their Russian and North Korean allies if U.S. leaders threatened to intervene militarily in a war over Taiwan.

Rather than pursue policies designed to weaken the Sino-Russian military alliance and increase fissures between Russia and China while focusing on the defense of our vital interests, U.S. national security policy continues to focus on the defense of virtually every country in Eastern Europe as well as a number of countries in East Asia, including countries with which the United States has no security commitments.

Meanwhile, the United States has engaged in several unnecessarily provocative actions with regards to Russia and China over the past few years which has caused them to ally more closely together against us, greatly increasing the risk that the United States will face a simultaneous two-front war with Russia in Europe and with China in the South China Sea. The United States has sent warships to contest Russian dominance of the Baltic and Black Seas and sent a U.S. carrier battle group to the South China Sea for naval exercises immediately following a major Chinese naval exercise near Taiwan. U.S. leaders have also sent troops into the former Soviet republics of Estonia, Latvia, and Lithuania while permanently stationing troops in Poland. They have also inserted U.S. ground forces into Syria, a Russian-proxy state, where Russian military vehicles collided with US military vehicles as they passed by each other.

Most disturbingly, the United States has even sent military trainers and lethal military aid to Ukraine to help it wage its ongoing low-intensity war with Russia, risking the outbreak of a major war between the United States and Russia. If the United States continues its high-risk policy of military brinkmanship with Russia and China, the outcome, however unthinkable, might be an Armageddon that results in the end of our nation. Instead, rather than attempting to challenge and contain Russia and China along their borders and coastal seas, the United States should pursue some limited accommodations of their vital interests either by diplomacy or unilateral actions. In my next article, I will discuss a new, forward-thinking proposed U.S. national security strategy that has the potential to divide and disrupt the Sino-Russian military alliance and ensure our national survival.